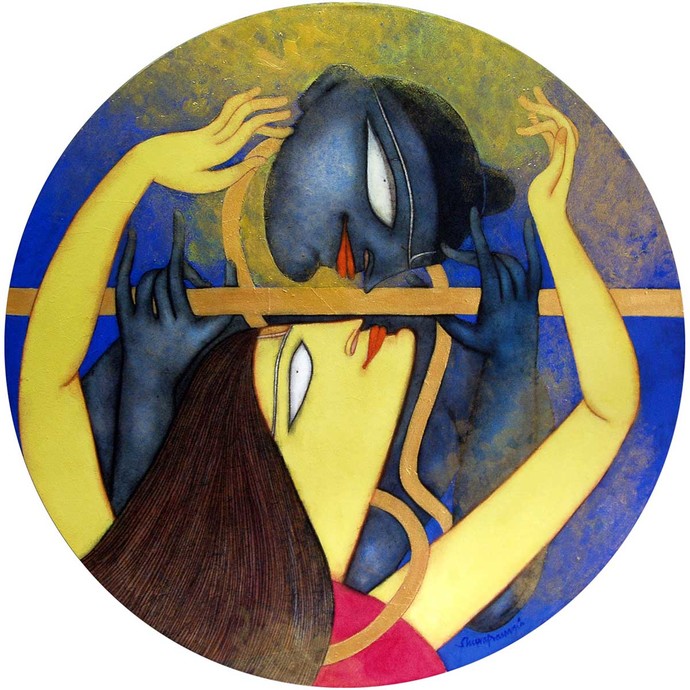 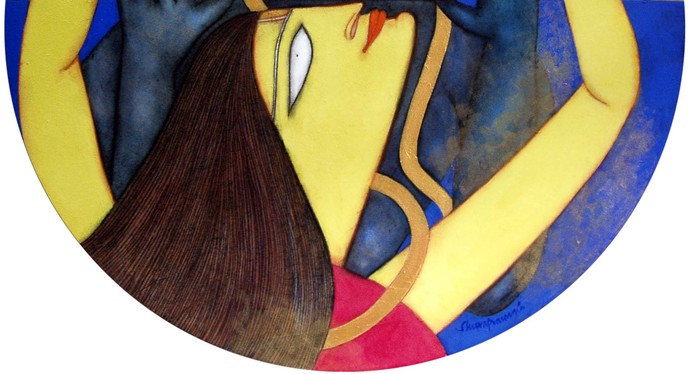 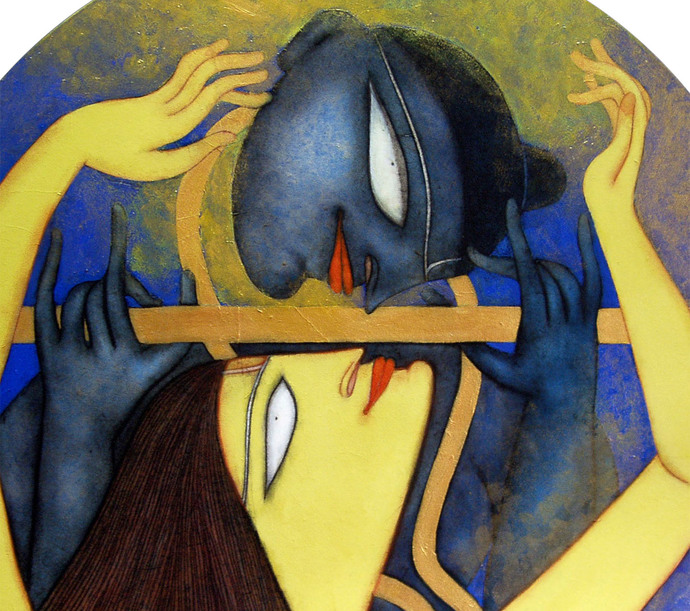 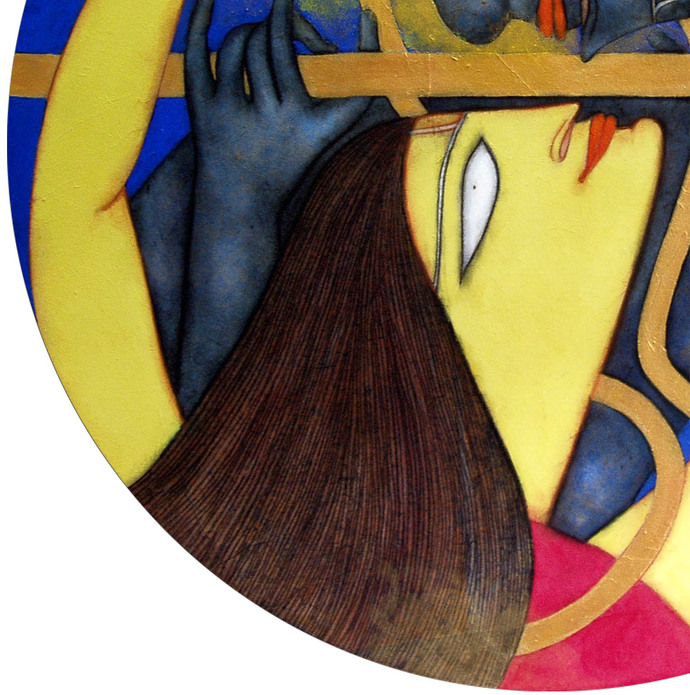 The Golden Flute, Oil, Acrylic & Charcoal On Canvas "In Stock" 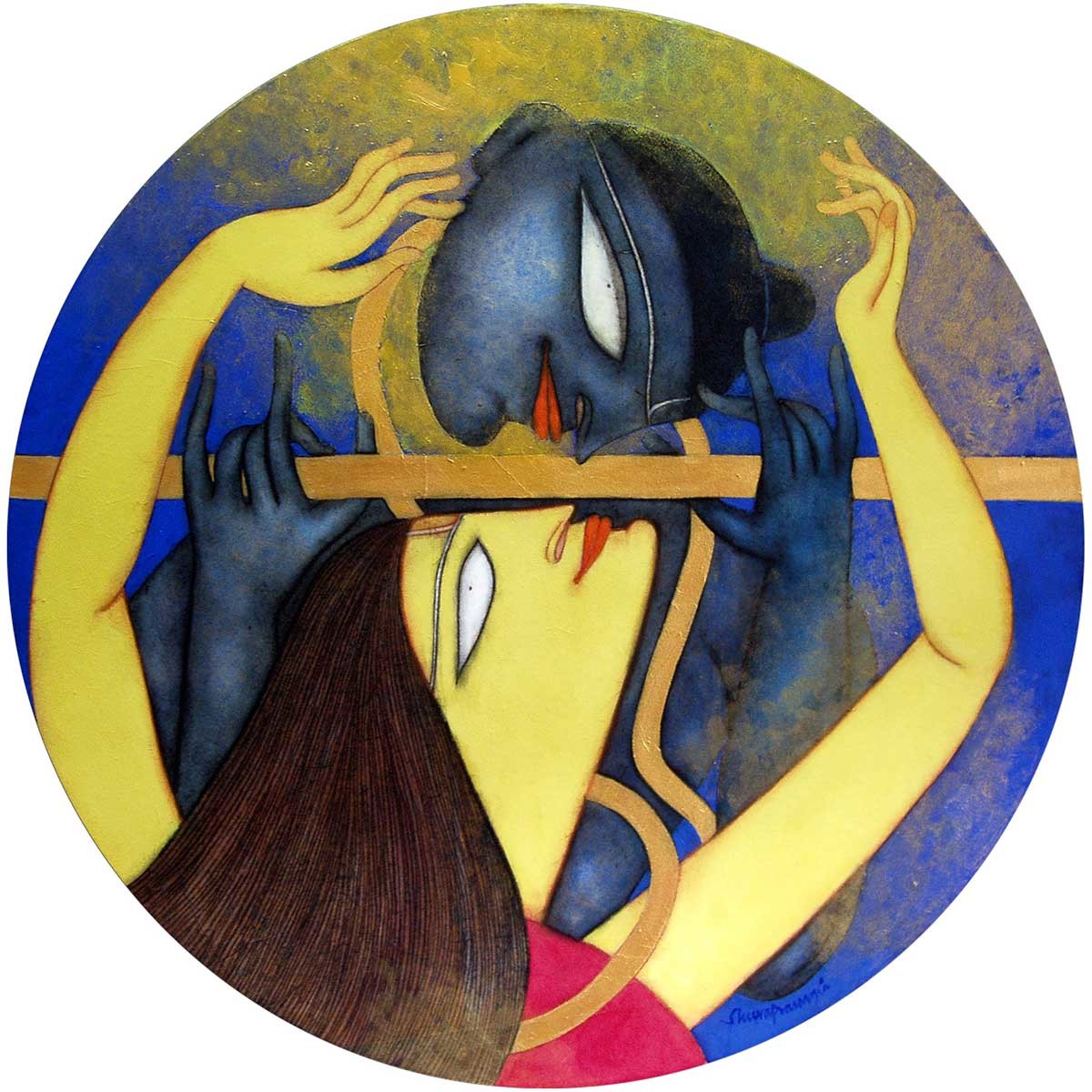 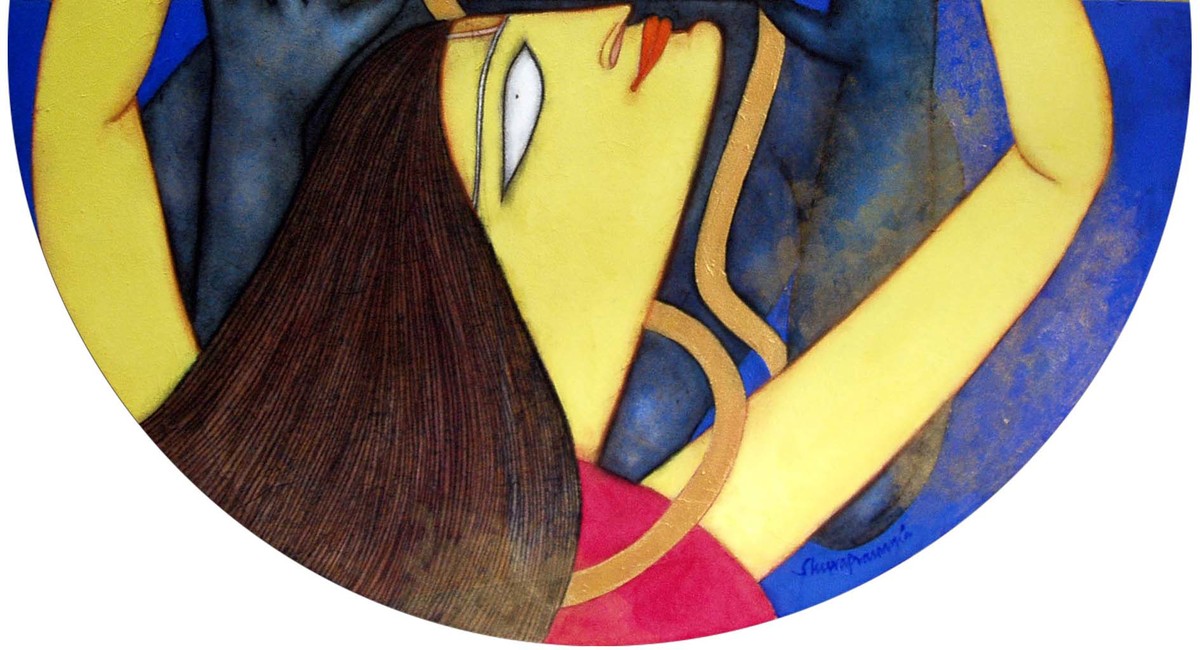 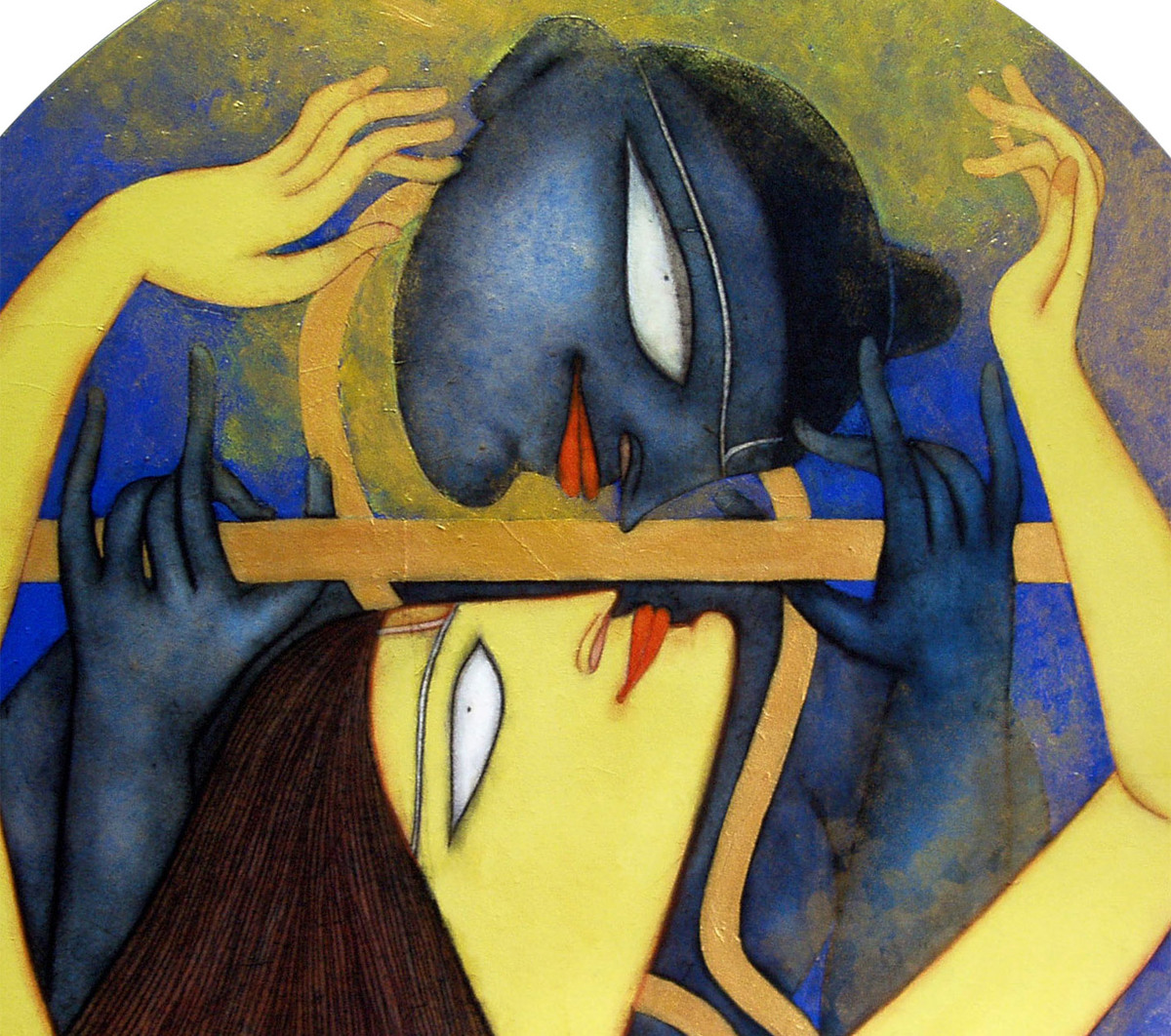 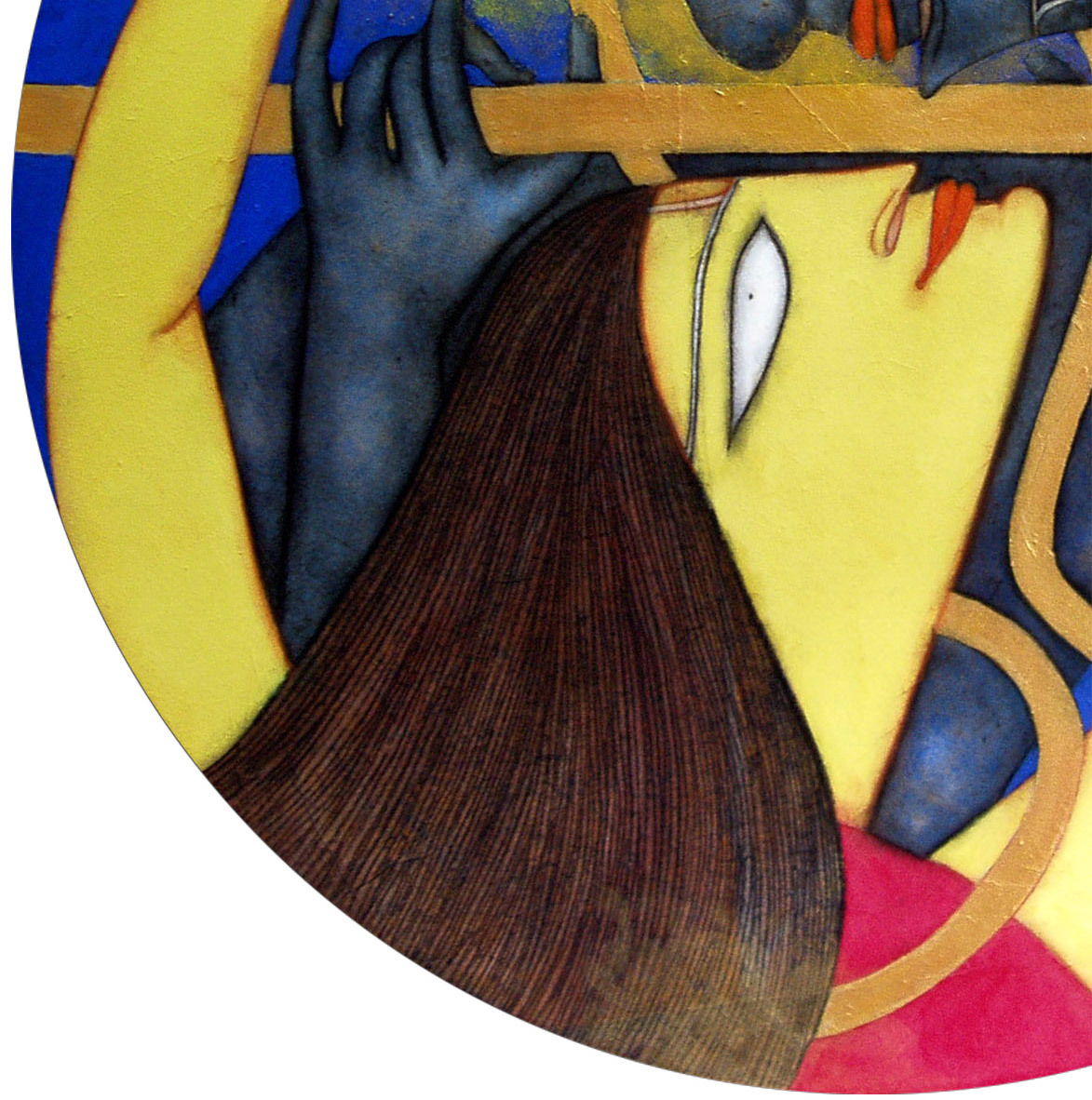