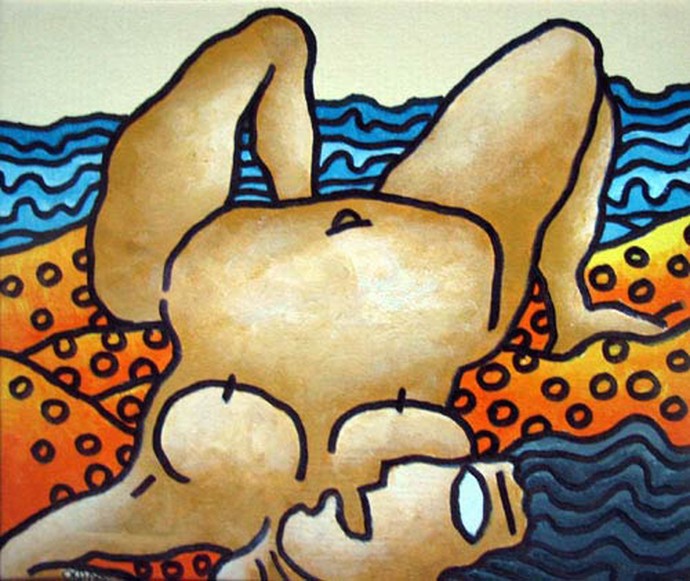 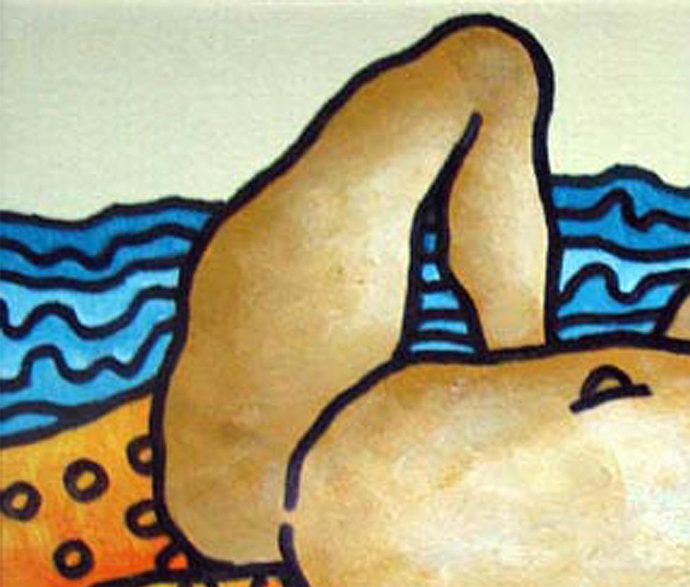 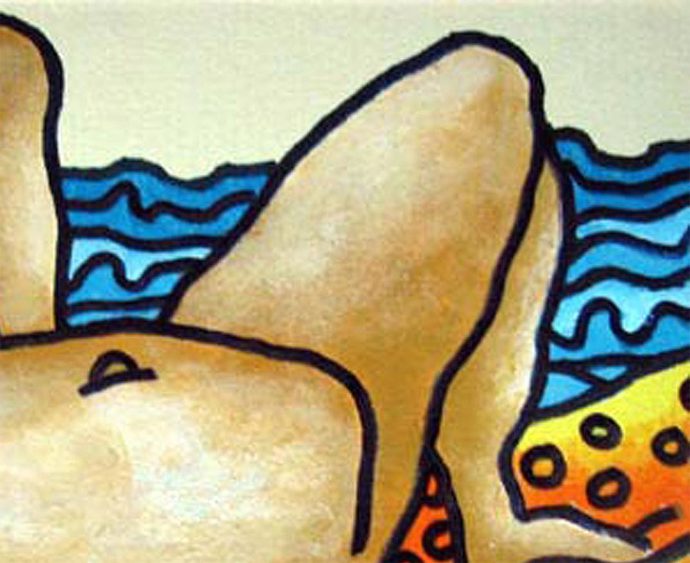 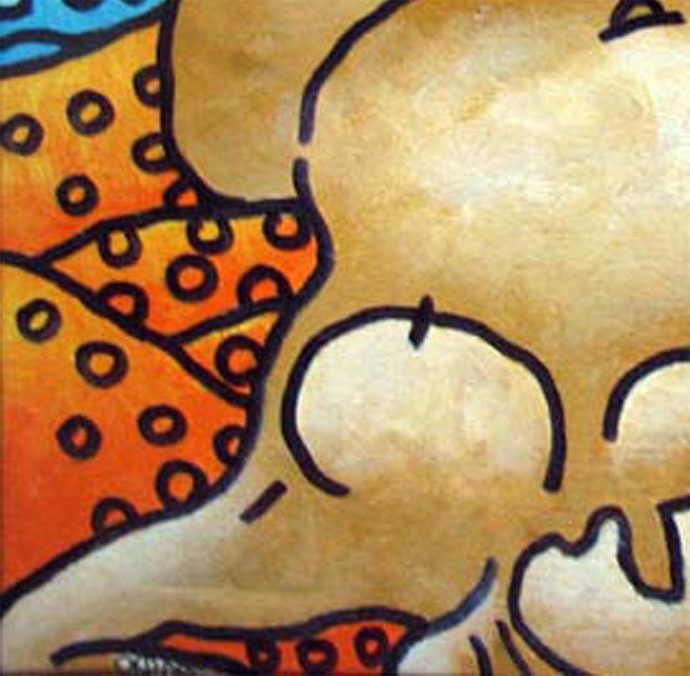 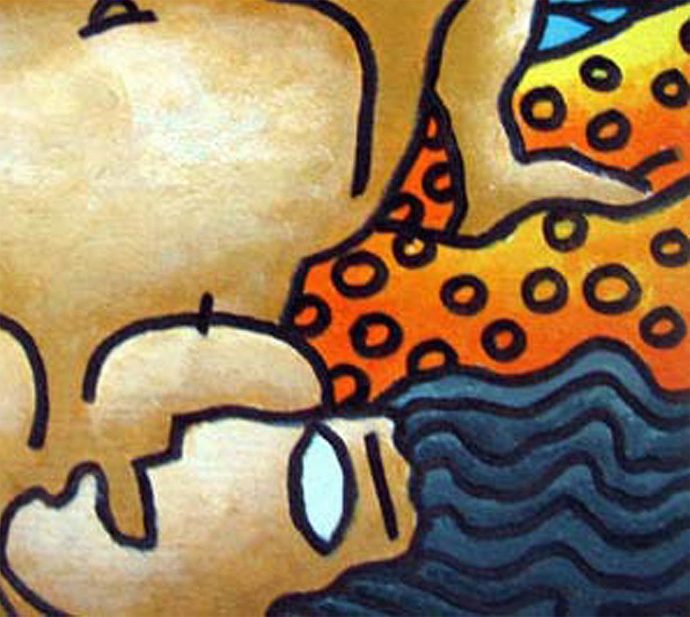 Prokash Karmakar – Untitled – 7.5 x 8 inches (unframed size) Mixed Media on paper Inclusive of shipment in roll form. Style : Legendary master artist Lt. Prokash Karmakar ...
Prokash Karmakar – Untitled – 7.5 x 8 inches (unframed size) Mixed Media on paper Inclusive of shipment in roll form. Style : Legendary master artist Lt. Prokash Karmakar from Bengal was solely responsible for the Bengal Movement of Art. His father Lt. Prahalad Karmakar was a very famous legendary artist ; but unfortunately all his paintings got burned in the riot. Prokash Karmakar led a very tough life , ofthen sleeping on the platforms of the railway stations of Bengal. Later he worked in the textile line and simultaneously painted and exhibited his works on his own strength , until he got huge acclaim and success . He was a master nude artist and painted women in their natural habitat. In his earlier days of artistic practice the Master Painter along with his contemporaries exhibited on street corners , to shun the four walls of the gallery . Most of his earlier artworks capture remembrances from the past - some of them are very personal, and some are from the darkest moments of human history. More recently he has painted landscapes, depicting lush tropical vegetation, hills and valleys, seascapes and mangroves in their wild diversity. Large fish-shaped eyes are assets of Prokash Karmakar females by which he is often recalled. More so because his female are rendered askew with voluptuous curves, drunken stare and sometimes wantonly explicit erotic gestures. At one time, quite early in his life his demonic damsels, fem mes’ fa tales, or nudes with fleshy shapes of sensual bulge or dismembered limbs or focused genitalia became his signature images. His landscapes too with their piquant painterly refashioning of natural forms and by sheer force of their varied recurrence became a subject-index of his style. About the Artist and his work : Born : 20th October, 1933. Education : Govt. college of Art & craft, Kolkata Prokash Karmakar came from an artistic family; his father was a renowned artist of his time. Unfortunately, all of his father's paintings were destroyed in the Hindu Muslim riots in the 1940s, which also ruined his family. By 1949, both his parents had passed away, forcing him to abandon his studies at the Government College of Arts and Crafts, Kolkata. He joined the army for two years and then quit to work as a graphic design manager for a medical firm in Kolkata. Virtually penniless and desperate for a break, in 1956, he held a street exhibition, the first in the city, hanging his works along a corner. Selected Exhibitions : 2008 - 'Hues of Bengal',Janues Art Gallery 2008 - 'Art from Bengal',Art Elements Gallery,New Delhi 2008 - ‘The Artecurate ‘, Mumbai Art Festival. 2007 - 'Signatures Images',Gallery Kolkata,Kolkata 2007 - ‘Uninterrupted Journeys’, Nitanjali Art Gallery,New Delhi 2007 - ‘Tales of Textures’, Art Elements Gallery,New Delhi 2006 - ‘Drawing show an act of Art –II’,Priyasri Art Gallery,Mumbai 2006 - 'Frames & Beyond',Neheru Center,Mumbai 1968-65-67 - National Art Exhibition, at Lalit Kala Academy, New Delhi Awards : 2000 - He was a recipient of Abinendra Puraskar Award 1976 - Awards from Biria Academy of Art and Culture, Kolkata 1970 - Rabindra Bharati University, Kolkata. 1969-70 - Fellowship for Study in France. Death : 24th February, 2014. 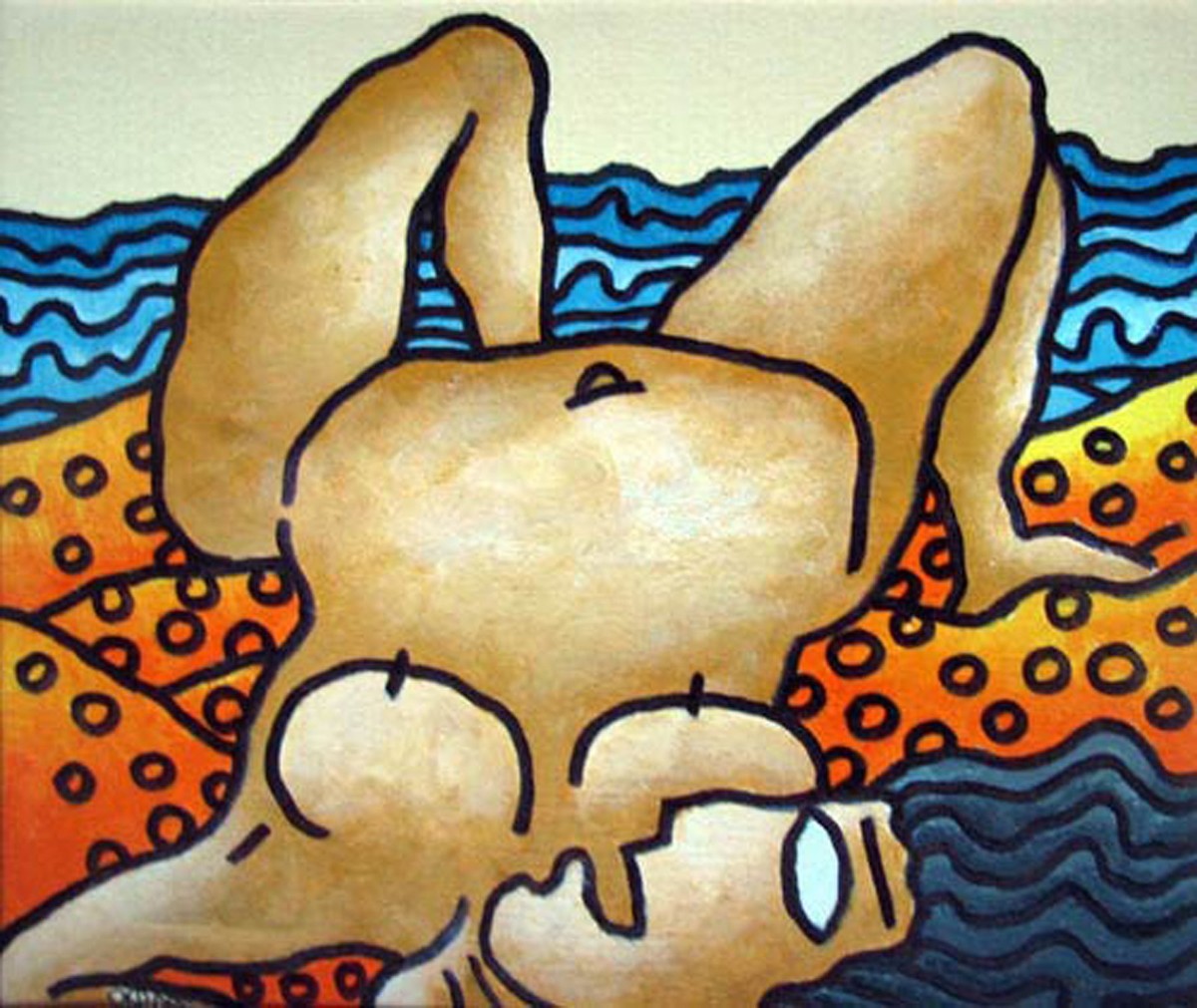 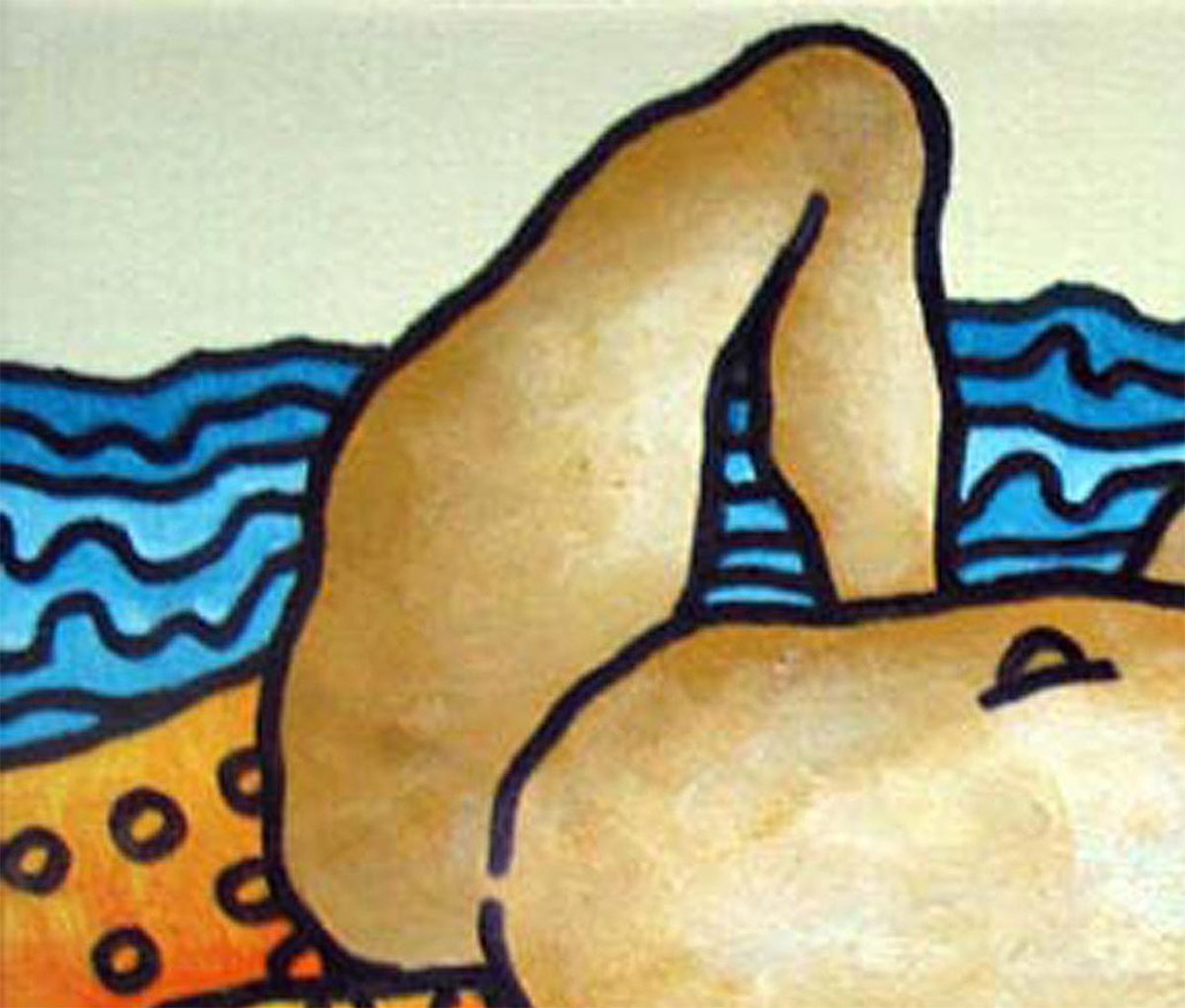 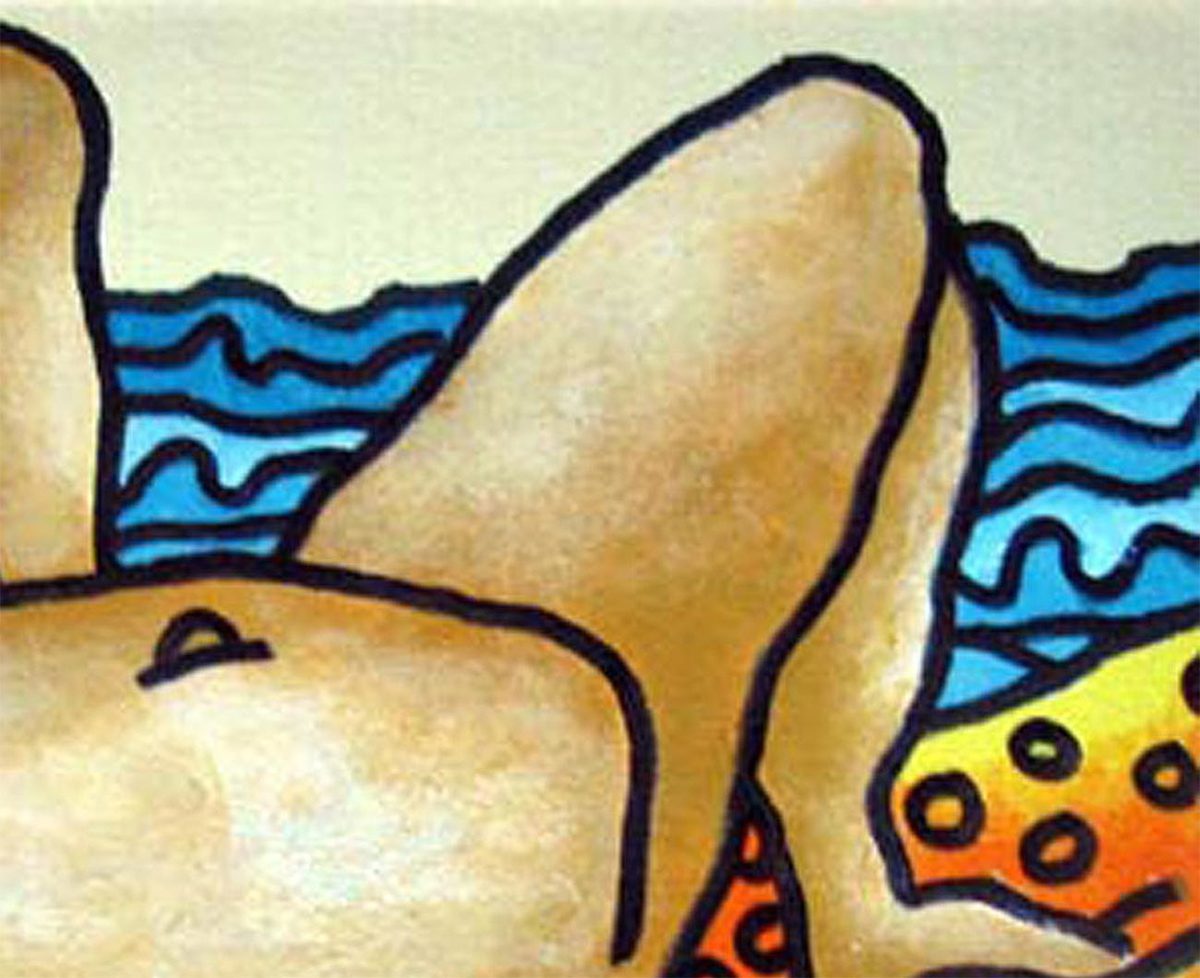 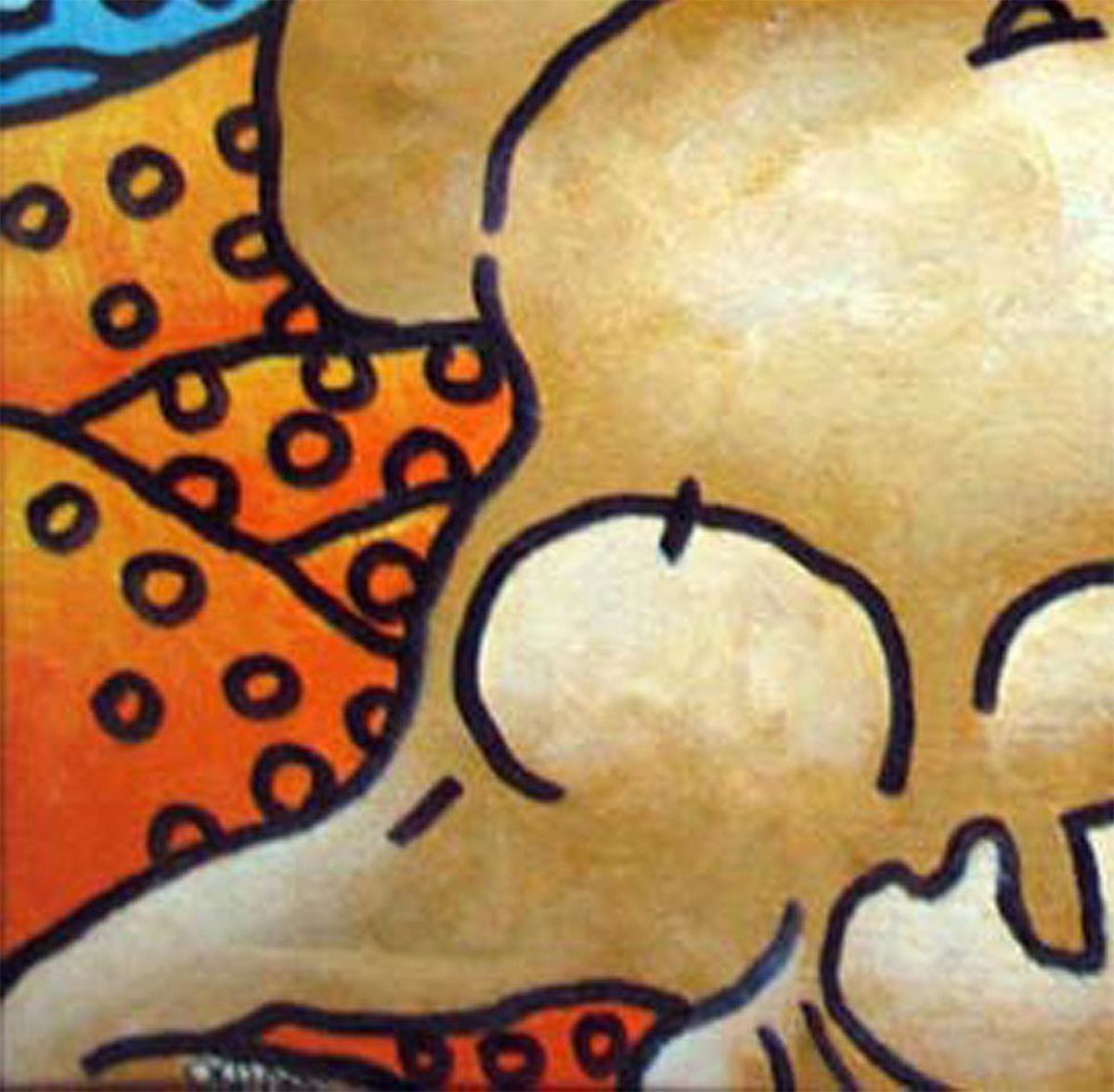 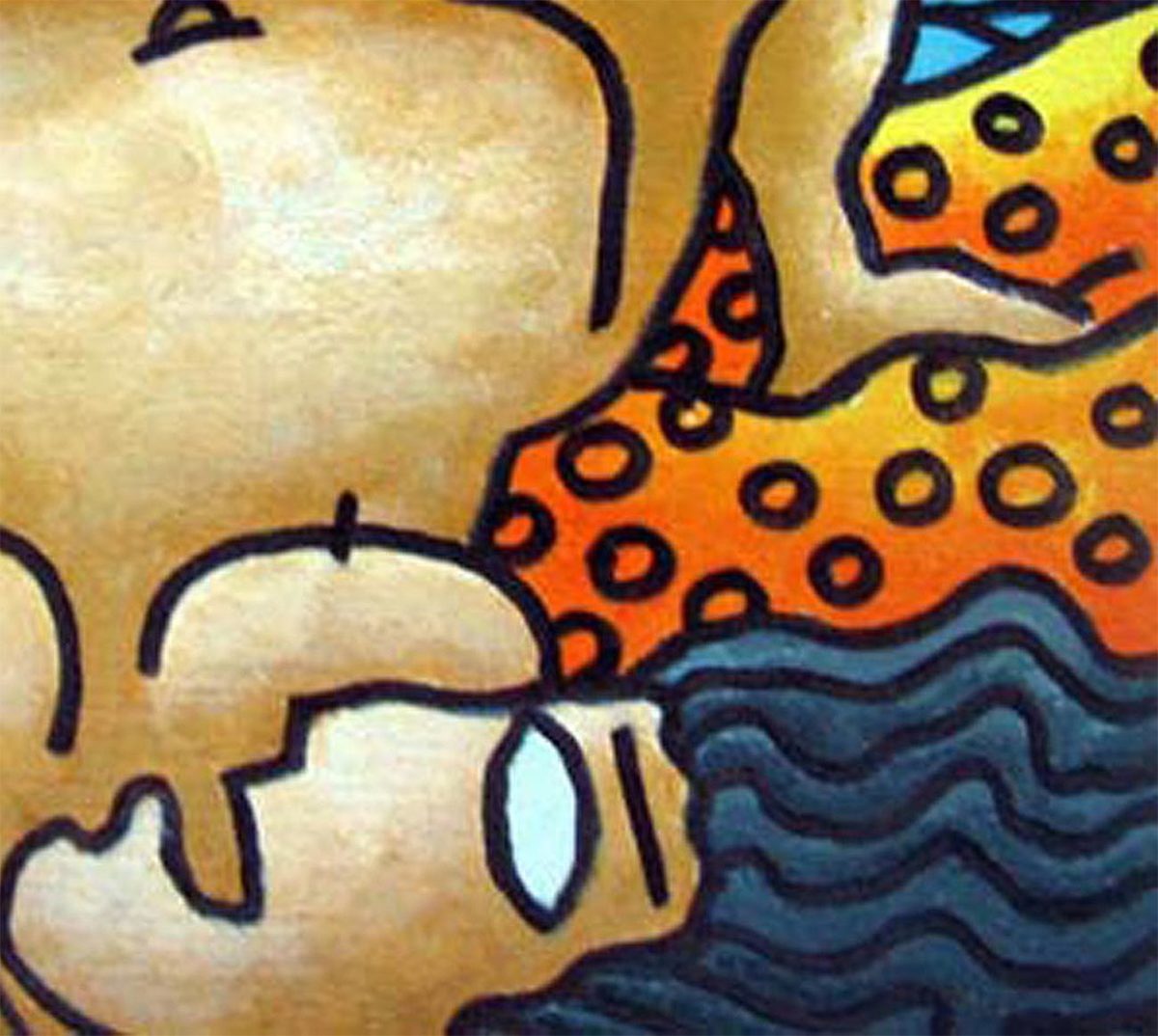