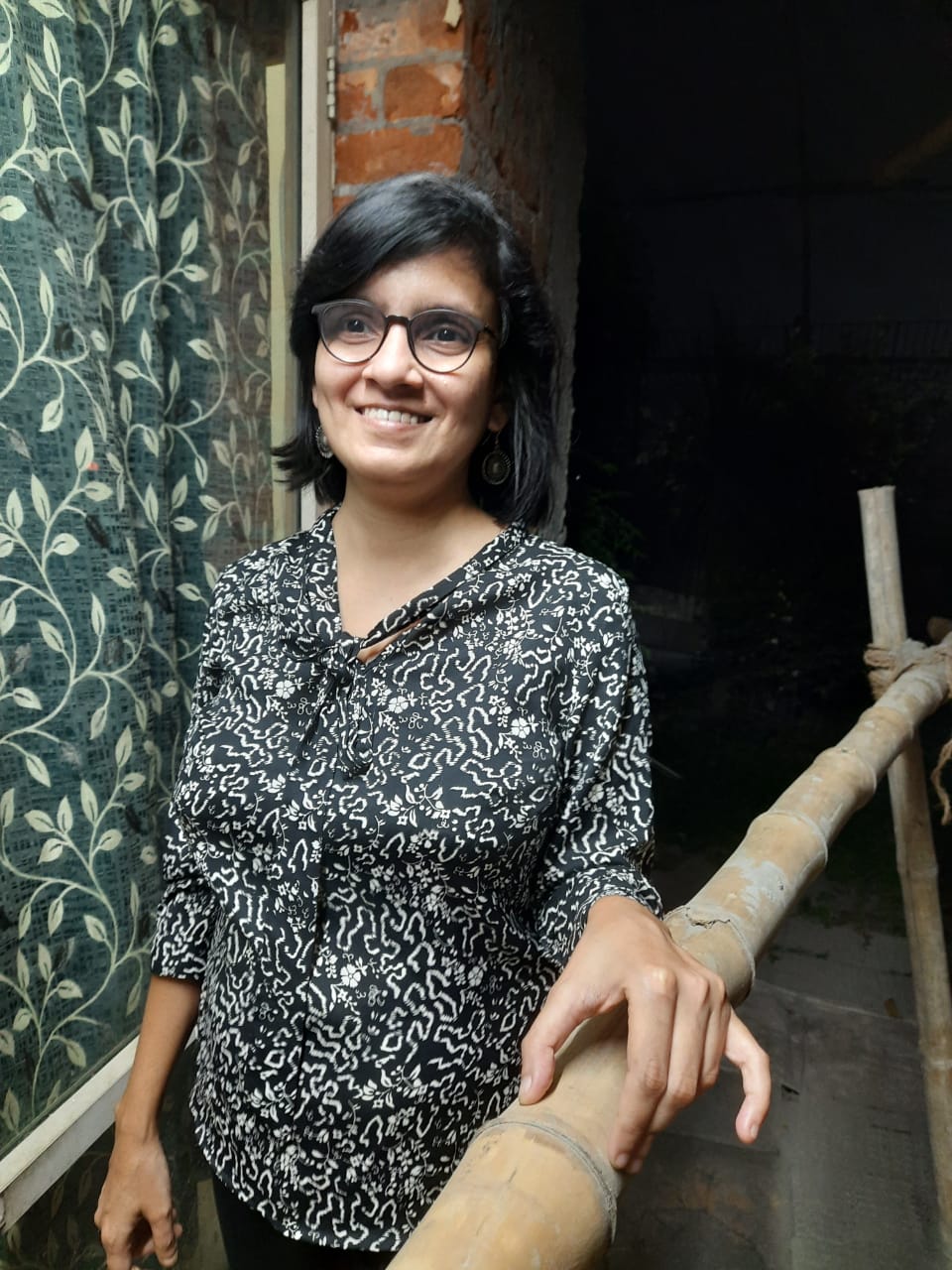 Broti’s unconventional style of ‘finger-painting’ has evolved over a fairly long association she has had with fine arts. Her flair for creative expression was spotted early in school and she did not disappoint her art teachers; bringing in prizes and doing well at the Boards with fine arts as an elective. Graduation in English Hons. From Lady Shri Ram College for Women (LSR) laid the foundation for her professional career in the creative world of advertising. Far from being a break with the world of art Broti found time to dabble with magazine graphics, participate in Rangoli competitions. Next came the stint at MICA - Ahmedabad which brought her back to mainstream art and writing and soon she joined the creative team at JWT Kolkata. Broti has been most fortunate indeed in the perfect matching of her talents, her academic achievements and her professional pursuits. Most of the exhibits are recent works. A few, however, go back a decade. Broti’s work has matured with time but her unique portrayal of the subtle blends, the vibrant contrasts and sheer aesthetics of Mother Nature run like a common thread. She is as comfortable with water colours, as she is with acrylic, or crayons, or oil, and chooses to keep the size of her work small, for, she believes “in small proportions we just beauties see...” Broti Ganguly is presently working at Ogilvy as Associate Creative Director.