Japanese Sumi-e And Its Evolution Into Indian Ink Painting

The rest of the world is always fascinated by Japan. Japanese are hailed for their lifestyle, culture and innovation. Recently, Japanese manga art and movies are sweeping the world with its style and characters. Incidentally, Japanese traditional ink painting has fascinated and grabbed the attention of many.

Japanese ink painting or sumi-e is the manifestation of Japanese aesthetics on canvas. It derives its name from two japanese words sumi which means “ink” and e which means “painting”. Sumi-e travelled all the way from China along with the Zen Buddist monks. The 14th century art was initially accompanied with a poetry. The art is a monochromatic painting done on a handmade paper using black ink. The ink painting adorns the facets of Zen philosophy, especially its vision that every object on this world (both animate and inanimate) are equal. This is evidently seen in Sumi-e where only the individual object is focussed, carefully leaving out the background. It depicts only the essential elements and do not focus much on details. 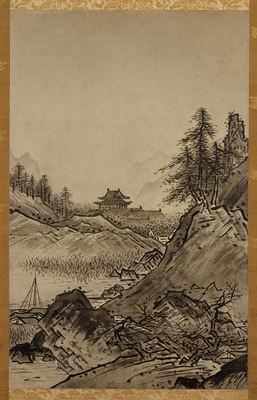 By Original uploader was ToraryuKawabata at en.wikipedia - Emuseum, Public Domain

The painting is aesthetic not just on canvas, but in its technique too. Sumi-e artists used fine hairbrushes mounted on bamboo handles. This enable the artist to achieve free-flowing strokes and was. Originally, different inks with different proportion of water was mixed to obtain the desired tone on the paper. Absence of figurative lines is an important feature of the painting. 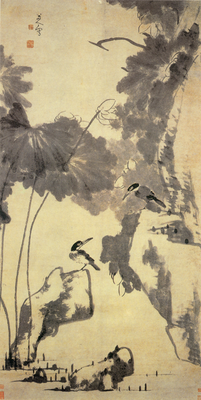 The ancient Japanese art found its way to India in the 1900s. Keeping up the tradition of the family, Sumi-e was patronised by the Tagore family. It was called as the Bengal school wash technique. Abanindranath Tagore was engrossed in the range of soft and delicate tonalities. He developed the Indian ink technique in which the painting was dipped in water after a thin layer of watercolour. This washed away some of the colour, and fused different colours. This created a tender tone and added a dream-like timelessness.