Celebrate This Ganesh Chaturthi With Artworks From Mojarto

Lord Ganesha is the God of joy, happiness and prosperity. He is one of the most worshipped deities in the Hindu pantheon. Ganesha is widely revered as the remover of obstacles, the patron of arts and sciences and the deva of intellect and wisdom. As the god of beginnings, he is honoured at the start of rituals and ceremonies. Ganesha is also invoked as the patron of letters and learning during writing sessions. Several texts relate mythological anecdotes associated with his birth and exploits and explain his distinct iconography. The elephant-headed god is adored by everyone for its captivating image and tranquillity. Ganesha’s posture largely reflects calm, serenity and tranquillity.
Ganesha’s friendly appearance, serene eyes and innocent belly makes everyone adore the deity more than his divine significance. Here are few artworks on Lord Ganesha to celebrate this Ganesh Chathurti colourfully. 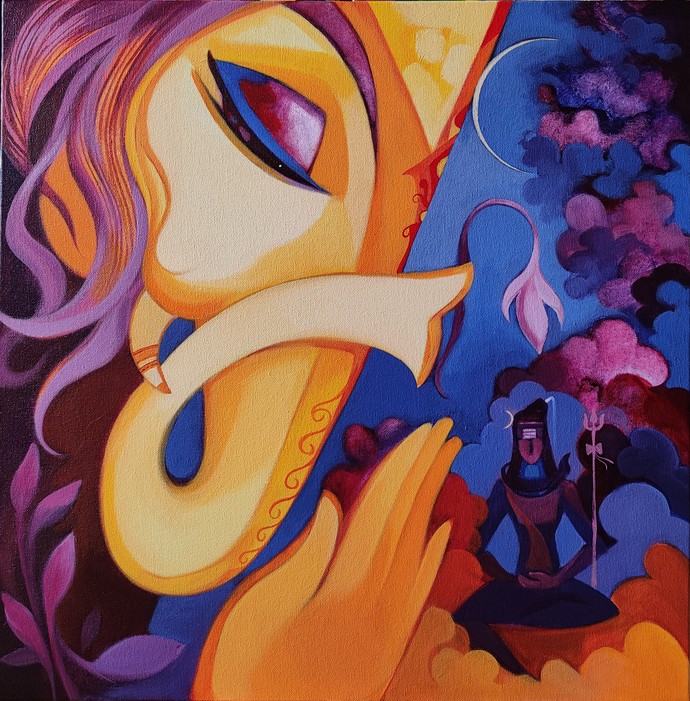 Laxmi Mysore adds more divinity to the image through her choice of colour and strokes. The image creates a sublime effect in the setting. This Ganesha painting is the perfect choice for your meditative space. 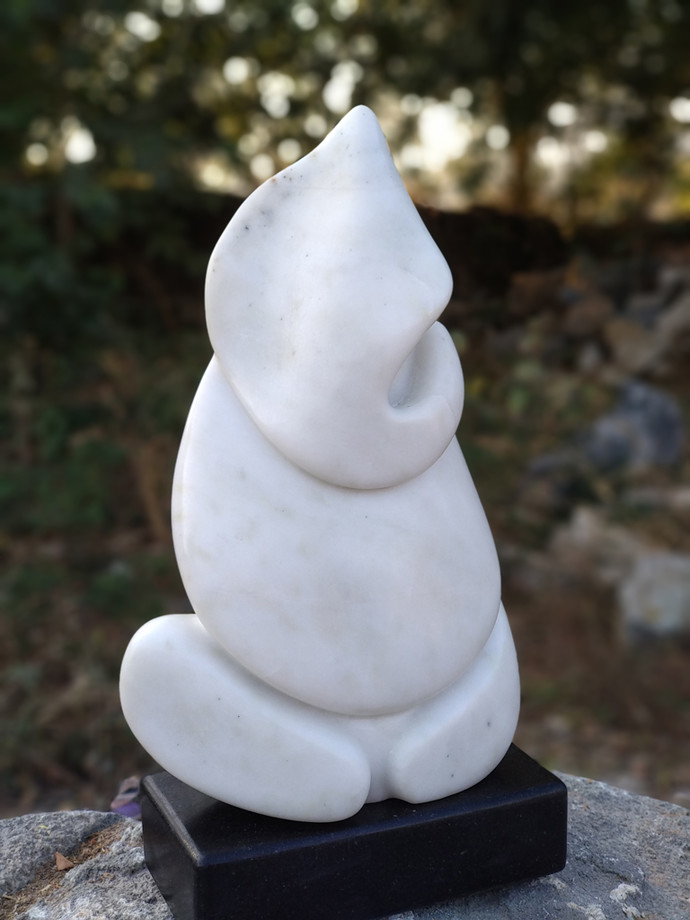 Lord Ganapati is the protector and initiator of success. He is the symbol of good luck and positivity. Amit Kumar’s marble Ganesha statue is the best choice to decorate your garden and enhance the air of peace and harmony around. 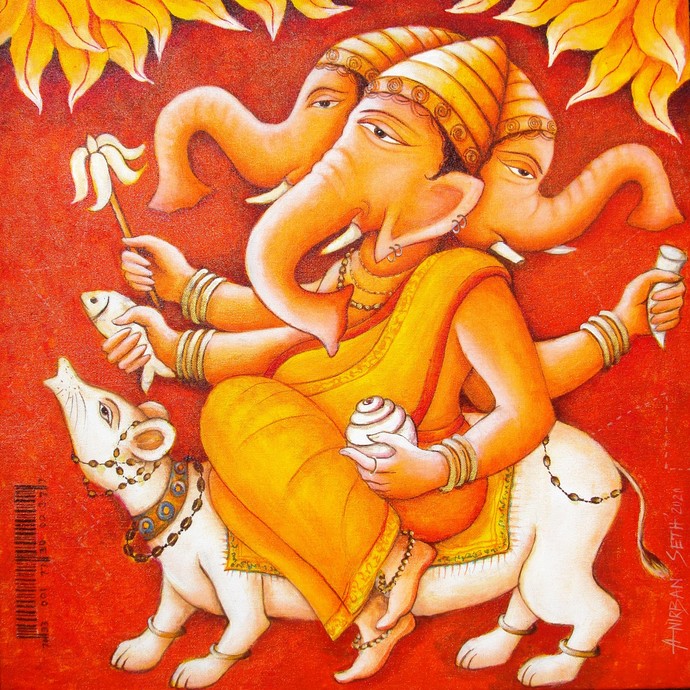 Anirban Seth’s artwork titled Lord Ganapati- xii is a colourful and vibrant portrayal of the god  on his mount mouse. Ganapati is seen with 3 heads and riding on his vehicle. In Hindu mythology Ganesha, the god of wisdom is portrayed with a big head to indicate his knowledge and brain power. The mouse symbolises logic and doubt. Lord Ganesha is depicted sitting over a mouse, indicating that he has control over his logic and doubt. 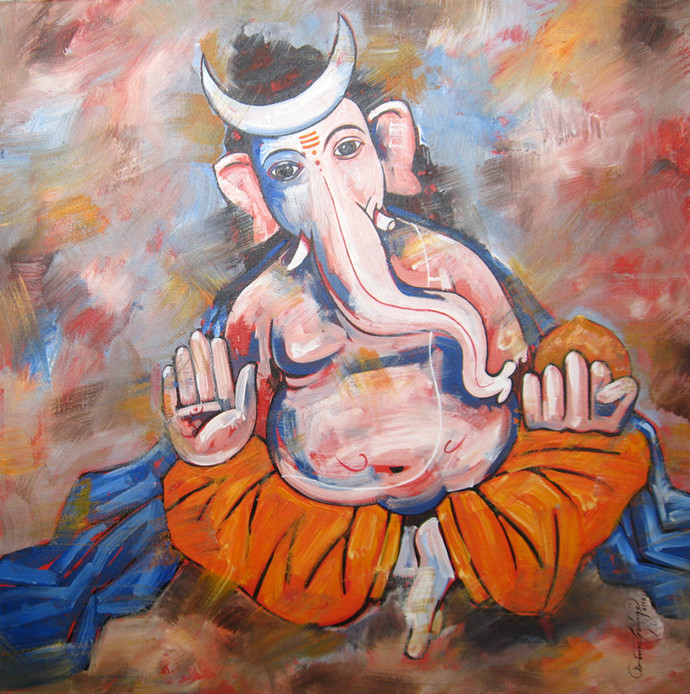 Artist Suresh Gulage’s image of Ganesha brings out the immense focus that the deity is praised for. The lord reflects the apex level of focus. His big ears indicate his listening capabilities.