Religion plays an important role in the country. Many art, architecture, dance and music flourished in religion. Kings and rulers built huge temples to ascertain their power and wealth. Today, temples stand as symbols of time, history, legend and mythology.

Apart from these, temples are reflections of architecture and aesthetic. They are popular for their magnificence and grandeur. Temple structures signify that aesthetics is incidental to art and architecture in the country. It is also the evidence of ancient science, indigenous engineering and architectural expertise. 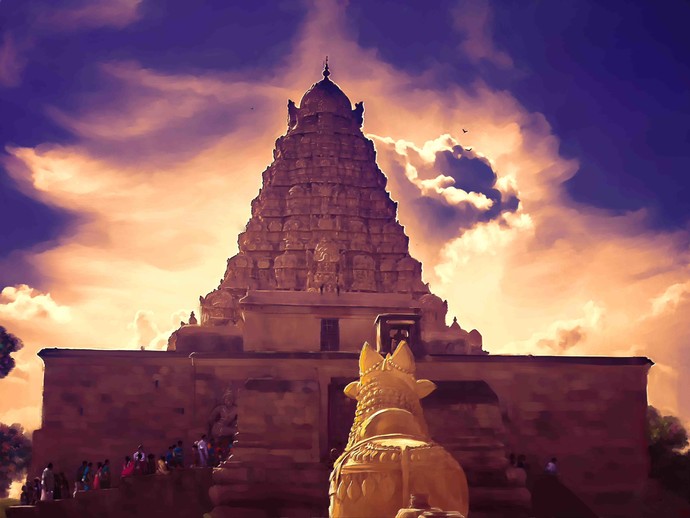 Temple Gopuram By The Print Studio

Temples in India are majorly seen with five significant features, which is commonly termed as the panchayatana-style. main shrine is built on a rectangular plinth with four smaller subsidiary shrines at the four corners, making it a total number of five shrines. Primarily, temple architecture can be divided into 3 different categories; dravida, nagara, and vesara. Dravida is the south Indian temple-style, gopuram, vimana and a compound wall enclosing it distincts it from other styles. Chola built Rajarajeshwara temple is an important example of this style. The temple, completed in 1009, is the largest and tallest temple in India. 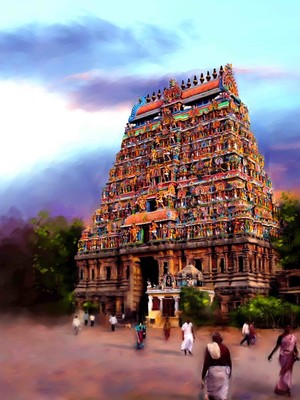 Mystical Gopuram By The Print Studio

Nagara or north Indian style of temples, are unique in its structure and design. In this style, it is common to build an entire temple on a stone platform with steps leading up to it. Unlike in south India, it doesn’t usually have elaborate boundary walls or gateways. The earliest temples had only one shikhara (tower), but in the later periods multiple shikharas came. The garbhagriha is always located directly under the tallest tower. Sun temple Konark is an exemplary example of this style. Sun temple, built in 1240 BCE, is set on a high base. 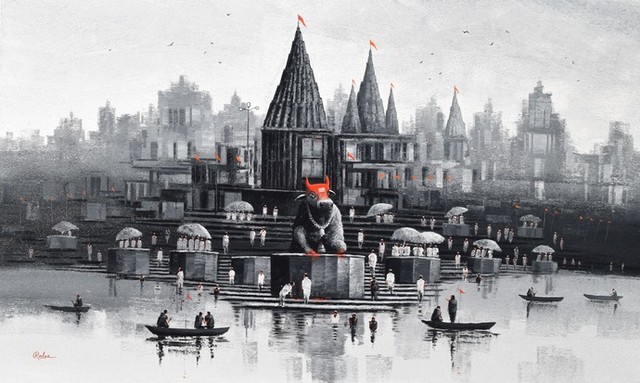 Vesara style is commonly found in the deccan India temple style. The buildings in the Deccan region are hybridized style, which contains both elements from nagara and Dravida architectural styles and is known in some ancient texts as the Vesara style (not all temples of Deccan are the vesara type). The vesara style became popular after the mid 7th century. Durga temple in Aihole, Karnataka is a unique vesara style temple.