The dilapidated Watson’s Hotel might be oscillating between restoration and neglect but remains a reluctant ode to a time gone by, and a historic significance nearly forgotten 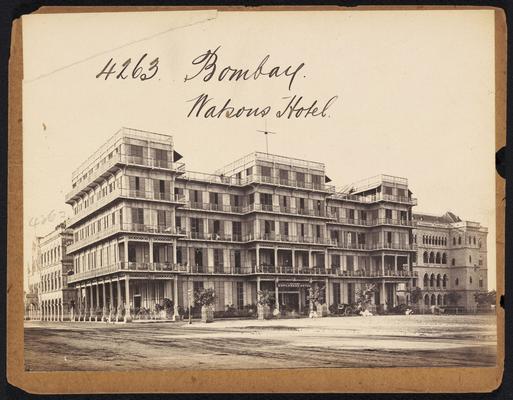 ‘Though not a skyscraper itself, Watson’s Hotel is – in our present state of knowledge – unquestionably the first multi-storey habitable building in the world in which all loads, including those of the brick curtain walls, are carried on an iron frame.’* Writing about Watson’s Hotel, located at the prime spot of Esplanade, Mumbai, historian Jonathan Clarke was quite right about the grandeur of the structure that was being built. Initially viewed as an eyesore, the building was not originally intended to be a hotel, but as an extension of the textile shops that was owned by John H. Watson.

Structurally designed by Rowland Mason Ordish and constructed by the Phoenix Foundry Company, the hotel still stands, 148 years later. Boasting the first-ever steam powered elevator in India, over 120 attached baths and punkhawallahs(fan bearers)for every room – the Watson was well known for its lavish layout and extensive structure. All its materials for fabrication had been exported directly from England; the iron frame from Derby, bricks and cement from the banks of The Thames, tiles from Staffordshire, and red stone plinths and column bases from Penrith Cumberland. Even the waitresses at the bar were English, and predictably, only white men and women were allowed entry into the hotel. One bit of trivia: The Lumiere Brothers chose to screen six of their films in the grand hall of the hotel in 1896!

Of course, the prejudice of the time ticked off Jamsetji N. Tata (founder of the Tata Group), who was refused entry. And so he built a hotel that was far grander and more lavish than the Watson’s – the exquisite Taj Hotel next to the Gateway of India. So fierce was his competitor that Watson left his hotel and returned to England by 1920, leaving it in the hands of a native businessman. Eventually, as fate would have it, the hotel was bought over by the Tata Group and maintained as The Esplanade Mansion, until it was sold again and lost to time itself. The structure still stands, though dilapidated, a lost echo to European engineering and its colonial past.

Read More: Careful Breaking And Re-Assembling Of Elements: Cubism Is Beauty In Fragments