You Don’t See Me

Tracking her artistic journey from 1969–2020, the exhibition ‘You Don’t See Me’, organised by Fundació Joan Miró and the ‘la Caixa’ Foundation, is artist Nalini Malani’s first major solo exhibition in Spain.

One of the key figures in the Indian contemporary art, and a stalwart of feminist thought, Nalini Malani was announced as the winner of the 2019 Joan Miró Prize and the resultant show, You Don’t Hear Me, is the artist’s first solo exhibition in Spain. Becoming extremely prominent in the 1960s and 1970s, her work has been strongly inspired by the mythologies, and stories that address social injustice, patriarchy, colonialism, while also touching upon the vulnerabilities of trauma that surrounds us individually and collectively.It is because of this shared sense of awareness and need for change that Fundació Joan Miró sought to recognise Malani’s work.Her creations have ranged from paintings to theatre to installations and digital art. 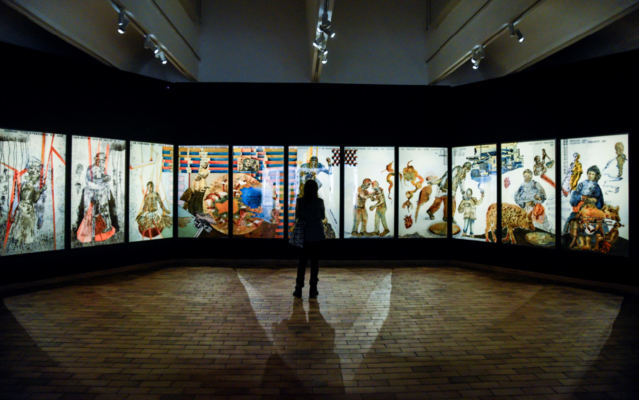 Curated with the help of Martina Millà, the head of exhibitions at the Fundació Joan Miró, the show allows viewers to immerse themselves in all of Malani’s works, created in the last five decades, in a thematic manner – covering concepts like the history of abuse, inequalities that persist, gender politics, environmental concerns and, utopia.  It is a personalised exploration of the very thoughts that have made Malani the champion when it comes to depicting realities through art – especially art that is layered in imagery, iconography and symbols from myths and fables. It condemns exclusionary nationalism and the resulting exploitation of the masses by putting cultural stereotypes under scrutiny. Though the exhibition covers decades of Malani’s works, it does so through the development of the artist’s thoughts and processes over the years, but not in a chronological way.The underlying theme is that of the position of the woman in her art and in the world at large.

The exhibition opens with a shadow play titled The Tables have Turned (2008) – an installation of cylinders and turntables – where the shadows rotate. The second piece is a mural drawing that was created specifically for this show. Titled, Can you Hear me? (2020) this work will also be a part of her erasure performance scheduled at the end of the exhibition late November, when it will be taken down in a performative way. Viewers will have to wait for the performance to know more.

The myth of Cassandra has been a vital source of inspiration behind two of Malani’s works. She finds the myth symbolic of our curious nature and the deep intuitive knowledge that resides in us. Listening to the Shadows (2007) is a thirty-meter painting installation that has forty-two reverse paintings in a non-sequential narrative. The films Malani created between 1969 and 1976, also part of the exhibition, allportray her continuing fight against the patriarchy in their own radical ways. These include Still Life, Onanism, Taboo and the two-screen installation Utopia.

Allusions to the Indian ancient tradition are made in All We Imagine as Light (early 2000s) where mythological images from the past coexist with the temporal realities of India. The last room in the exhibition features a large video installation with fifty-six animated shorts and that just goes to show the transformational genius of the artist who continues to experiment and break new grounds. 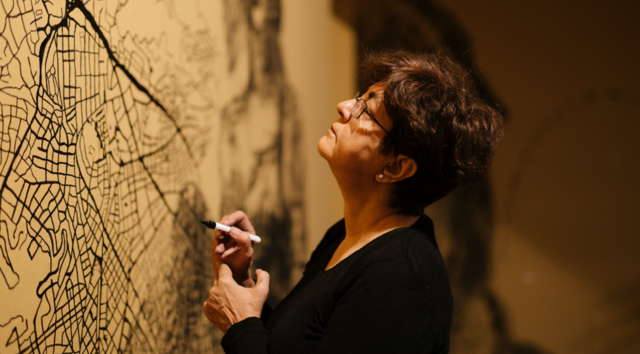 You Don’t Hear Me is a manifestation of the conversations between Indian and Greek ancient iconography and mythology; and between the injustices of women and female subjectivity. It ties together different times and spaces in a rich and textured language that seeks to find meaning behind individual and collective realities. It allows the visitor to get familiar with this narrative and ultimately, ponder the fragility of human experience.