With the comfortable bleakness of the cold winds and grey skies accompanied by the desire to warm oneself by the fire, with tea and anything hot and savoury, one knows exactly how this season is a ‘mood’ in itself and how does one with a couple of lenses capture it; this is what we will explore in this curated feature. Shades of white and grey plastered onto the landscape with a sense of a warmth within the subjects, these photographers have excelled at portraying proper scenes of winter, as they lay their craft on reality.

There is nothing more comforting than the Sun peering out at noon, illuminating the snow laden streets and the immediate environs. The warmth is a thing of beauty, as the sunbathing acts as a form of catharsis, a retreat from the cold. People say Kashmir is oh so pleasant during autumn, and we can’t see why not as the artist here brilliantly expositions an interplay of smoke and mist, in the middle of a beaming forest.

Set against an unsettlingly beautiful background, Hoon knows what an impoverished, hazy subject (the house, here) does to the photograph altogether. In haunting monochrome, a story is being told about a very lonely house in a village, on the periphery of society or not, but either way, the audience can’t look away from the profound hopelessness of what they see in the image, an oblivion captured in mastery. 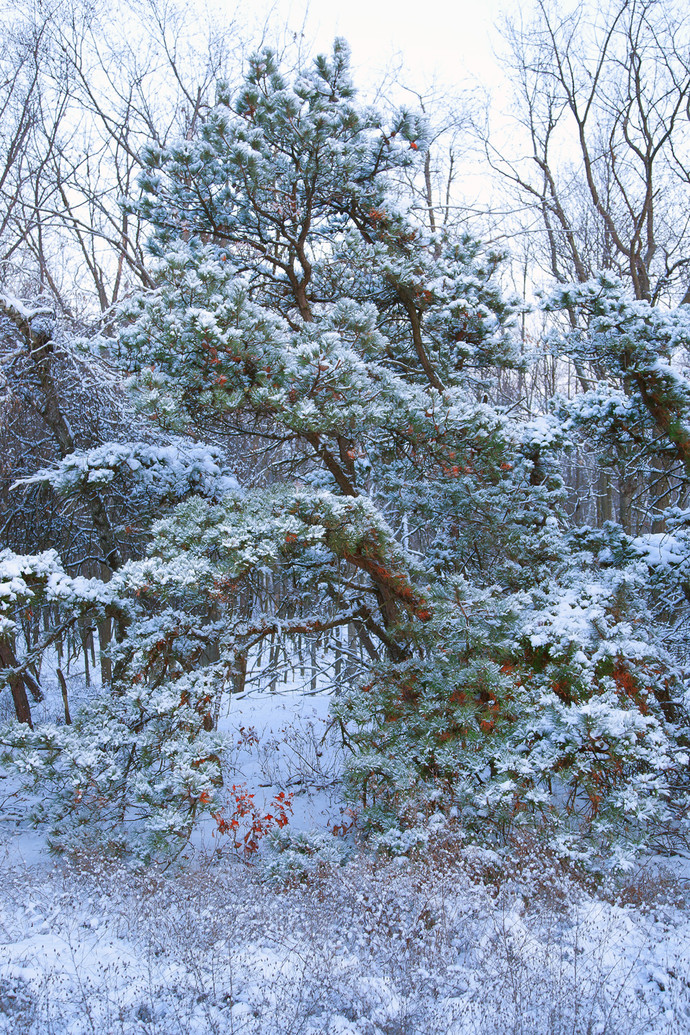 Winter has come, and the first snow feels like a first kiss, all too unreal and blissful and Sanyal captures it equally eloquently, with the winter flowers coated with snow flakes giving it an almost magical view of a wintry scene. This photograph takes the cynic out of his room, makes him realise how this first snow of the winter could change a lot of things and passivity takes precedence over the general malaise. 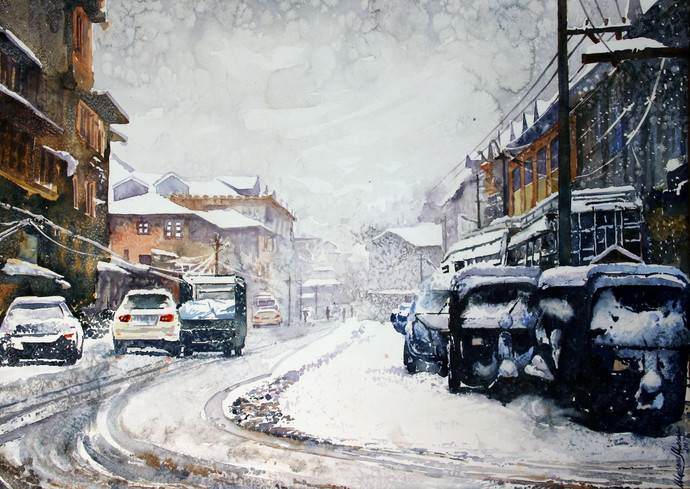 Winter In Kashmir By Masood Hussain

In modern, impressionistic style, Masood Hussain poignantly weaves his brushes to paint a picture of his hometown in the bleakest of winters with roadblocks, snow laden pavements and age old, Kashmiri architecture. An artwork which oozes nostalgia and heartfelt emotion from its very strokes, and tells a story of one’s own native. Contemporary impressionism can’t get better than this. 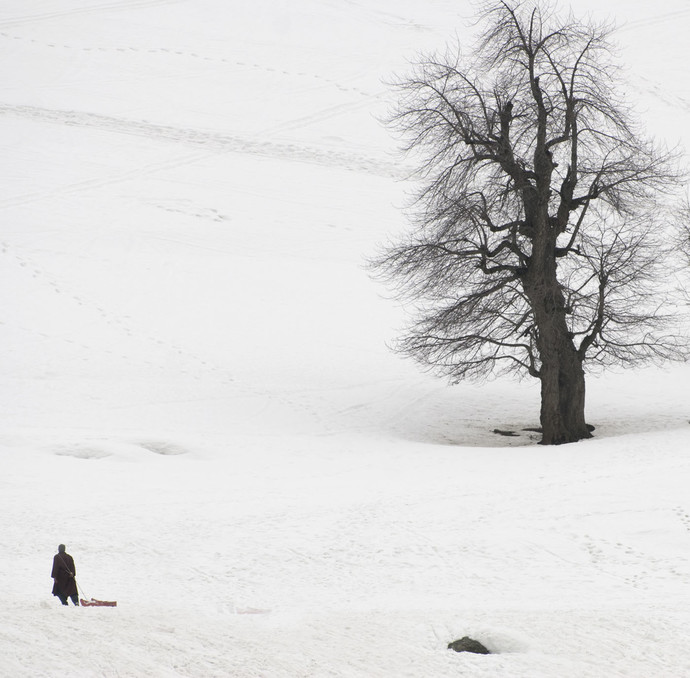 Something about this crisp, awfully white backdrop where a man is going home or maybe leaving, rings a huge bell with Orhan Pamuk’s novel, Snow. Even if it’s not inspired, this photograph will appeal to the most heartless of people, or it might just only cater to the bleakest of emotions in a person. Such is the effect of Mukherjee’s snap.