From a single organic strand spun together to thousands of yarns weaved together to make a small piece of fabric, yards of unstitched drapes give us all a sense of identity. We see our agency play out through the colours, kind of fabric and attires we choose. Clothes, with their origin, weaver and wearer tell a story that we embody and the single cloth, with its myriad ways of being draped, tell another tale. Characters in movies and theatre gain another characteristic through their clothes, and uniforms make our affiliation explicit. 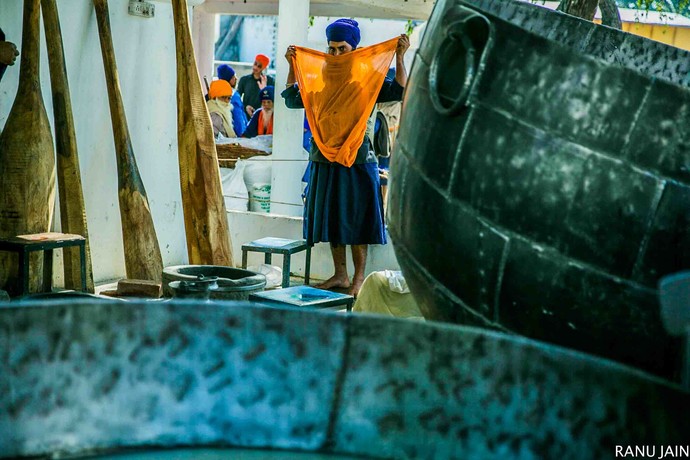 The orange colour which is most prominently seen as the Nishan Sahib, is a colour of deep joy and happiness. It is also the colour that is worn during rallies, as a mark of violence and the colour that will absorb shocks and trauma. The subject of the photo, in key Khalsa colours, reminds one of the wisdoms that reside with the Gurus and Sikh ministers, but also of the festivals and other celebratory occasions. 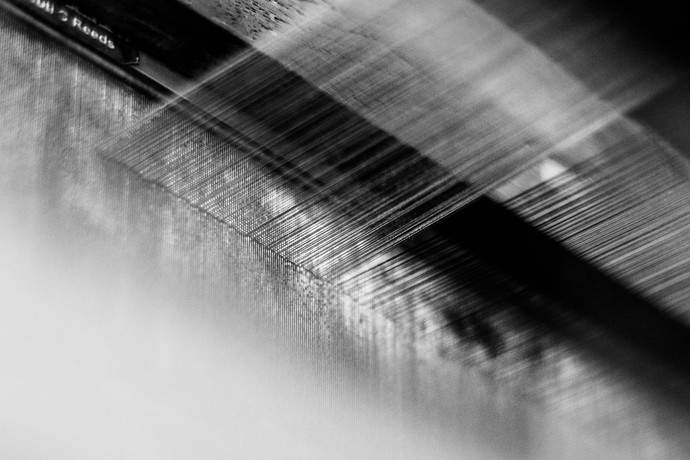 Lifelines Of Thread By Bharat Tiwari

It is almost hypnotic to see a weave and a handloom at work; the way the yarns are intertwined and in moments, a serene piece of cloth and pattern is produced. The hard work and craft of an artisan adorns the wearer like a muse and an artist. While the designer and the wearer are appreciated for the saree, the hands that produced it are given negligible importance and the craftsman continues producing more like he himself is in the trance of the loom. The six yards have intricate dreams, stories and traditions meticulously woven in it, that we all carry with us and share with the world. 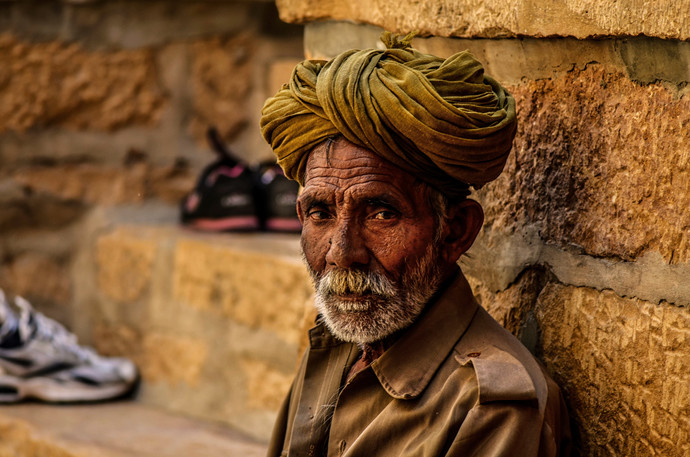 The ‘pagdi’ or the head wear is a symbol of a man’s honour and dignity, an accessory worn with immense pride.  All regions and communities have their unique way of wearing and draping it, making guests wear them is seen as a mark of hospitality and a requirement in every formal event. But because of the pride attached with it, it is equally uncivil to forcefully remove it, but voluntarily taking it off is a metaphor for loss and defeat, or in some cases shame.

4. In the Shadow of the Buddha 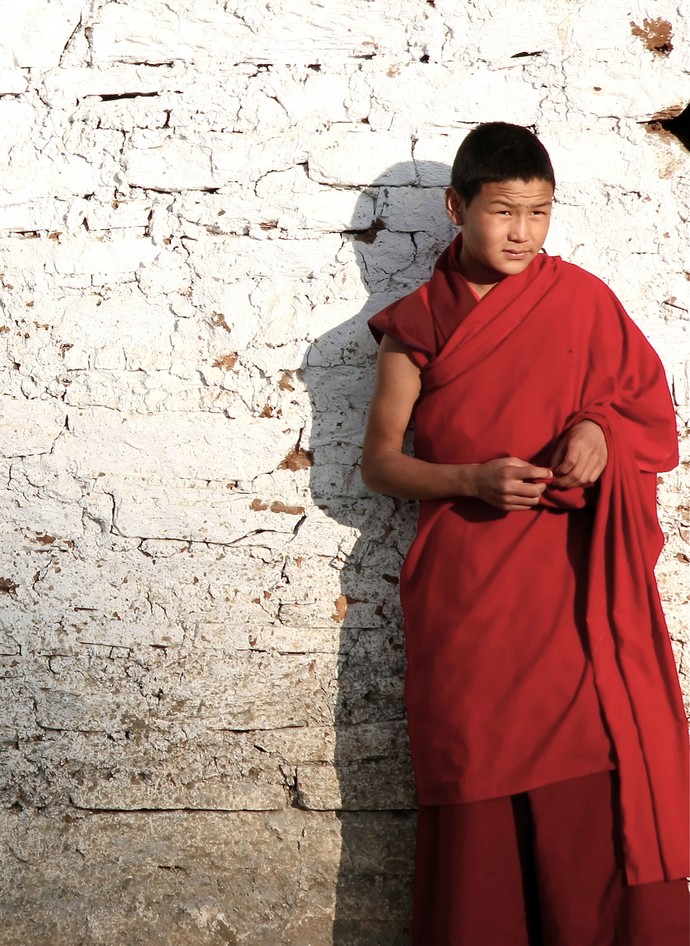 In The Shadow Of The Buddha By Shuchi Pandya

Clicked in the Kyichu Lhakhang Temple, Bhutan, it shows a young boy in the drapes of a Buddhist monk leaning on the temple wall, and looking beyond the camera. The robes of a monk were originally made from the clothes that were discarded which were dyed with a combination of turmeric, bark, flowers and other vegetable matter that gave the robes its distinct colour. The basic structure of the robes has remained the same fortwenty-five centuries and the colour has now changed with the culture of the place. These robes can be used as a blanket, head cover or even a wind breaker. 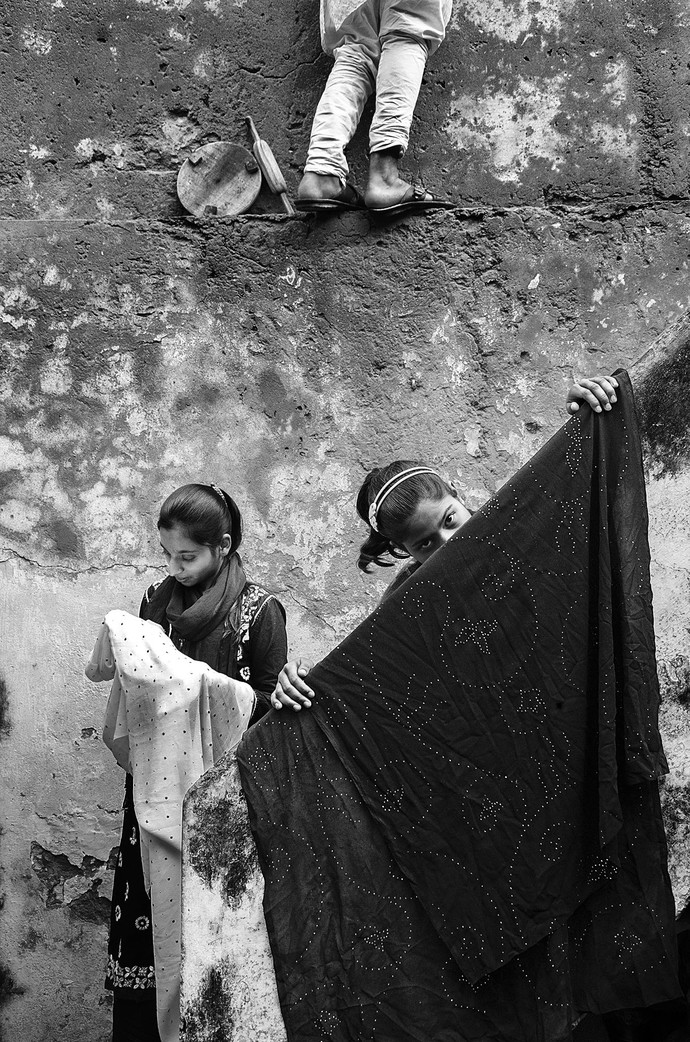 A Sudden Stare By Taha Ahmad

A single large cloth has many names, from a wall in a child’s fort to wall decorations in a college dorm, or a maze wall made from air drying sheets. The different folds and sizes with patterns or prints add accents when they are not being worn. Children often see them as perfect hiding spots or to become ghosts and scare everyone, as one girl peeps from behind the cloth drying on the wall of the steps.