In the TED Talk given by award-winning architect Rahul Mehrotra on ‘The architectural wonder of impermanent cities’, we come to appreciate the importance of a flexible urban system 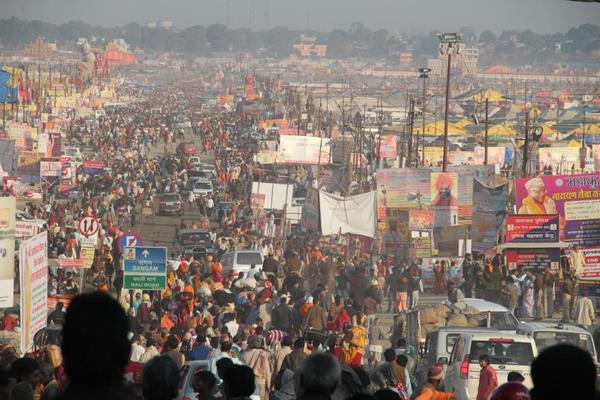 ‘Does permanence matter?’ asks Rahul Mehrotra in his recently delivered TED Talk, a probing question into our urbanized lives that are reinforced by concrete, steel and all the advances since the Industrial Revolution. Mehrotra, Founder of RMA Architects in Mumbai and Boston, and currently Professor of Urban Design and Planning, and Chair of the Department of Urban Planning and Design at the Harvard Graduate School of Design in Cambridge, Massachusetts, contests our age-old notion of permanence by providing a brilliant example of an ephemeral megacity that is disassembled within a week.

In India, where the State has devolved itself from designing and making cities, the Kumbh Mela is an incredible case. The confluence of the sacred rivers (Ganga and Yamuna at Haridwar) and the promise of freedom from the cycle of rebirth, drive a number of devotees to congregate on the banks of the rivers for a week-long event once in every 12 years. It is home to seven million people and witness to a hundred million visitors during the Mela. 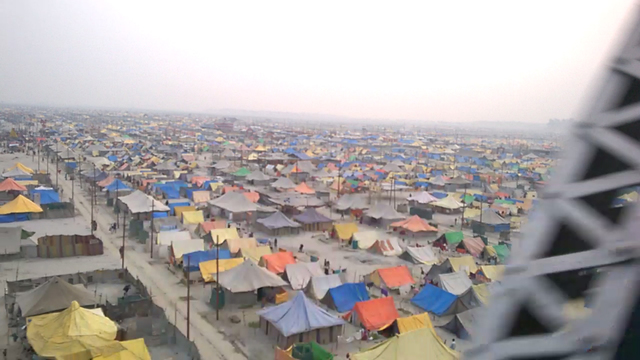 Mehrotra and his team of students spent ten weeks studying the lay of the land as it emerged from the flooding of the monsoon season up to the arrangement and disassembly of the festival. He remarks that it was ‘the cleanest and most efficient Indian city’ that he has ever lived in, leaving no trace of its existence.

Eight feet bamboo poles, nails, ropes, corrugated metal and plastic make the city flexible to its surroundings. ‘This is not an informal city or a pop-up city, it is a formal city, a state enterprise,’ explains Mehrotra. Organised by the Kumbh Mela Adhikari, the structure imitates one of a megacity both in its physical and social infrastructure – hospitals, clinics, water supply, sewage, electricity, sweepers, street lights and pontoon bridges make up this urban grid. 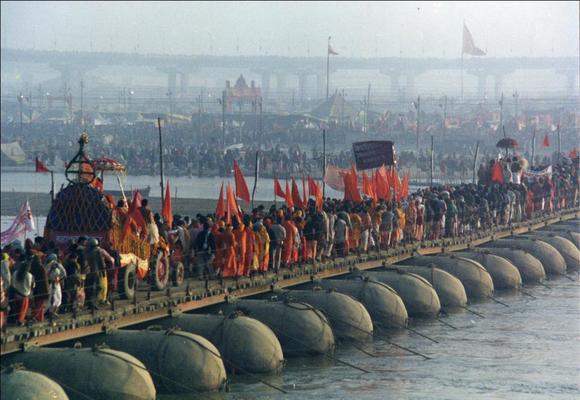 Surprisingly enough, a recent project for a temporal structure for the Notre Dame Cathedral is quite similar in this approach. Proposed by Gensler, an international architectural practice, the idea was to use charred timber and translucent polycarbonate walls to create a multi-purpose structure. Essentially the approach uses wood and high quality plastic sheets bringing us back to the Mela that does exactly the same thing but with lower grade materials.

The ecological impact, too, is greatly reduced as the materials are re-absorbed into the system. The poles find their use in another event or village festival while other disassembled remains are also re- purposed. Temporary becomes the new permanent and we are forced to replace a grand vision for a grand re-adjustment. And, perhaps, embracing this dictum, as Mehrotra also reiterates, is the only way forward into a sustainable future.