An exclusive interview with film-maker Leena Manimekalai, whose first work of fiction, ‘Maadathy – An Unfairy Tale’, remains true to the grammar of her stellar documentary work: it continues to skip across man-made lines, unmaking them in the process. Edited excerpts from the interview. 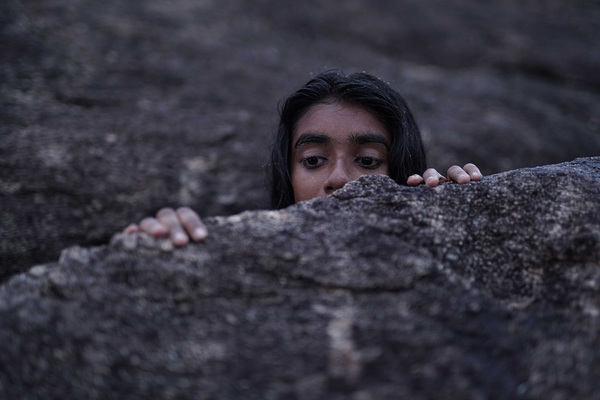 Still from the film Maadathy, an Unfairy Tale (2019). Image Courtesy of Leena Manimekalai.

As a film-maker, one who has dabbled with the docu format and the fiction feature format, how consciously do you draw that line between film-maker and subject?

I let people in, their stories in, their emotions in, their shared experiences in to alter me. And then I let myself express what I found. This has been the case always for me. I don’t understand “objectivity”. When I am around academics and critics talking about all that jargon, I feel like I am listening to some Greek or Latin. I only engage in what affects me. When I seek, I am never able to stand on the shore. Whenever I have missed to dive deep, I have failed. There is definitely a Yosana (protagonist from Maadathy) in me whose soul may be defeated but can never be destroyed. 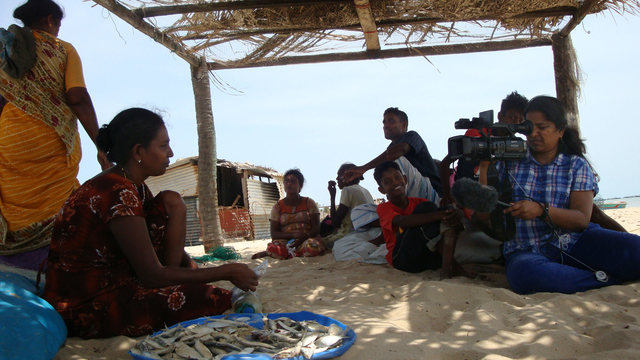 You recently said in an interview that ‘If you ask what my identity is, I am born a Shudra, middle-class, brown, queer woman’. When we hold testament to our own identities as creative individuals, do you think it is important to also hold testament to the different identities of the viewers? In the sense, not be responsible for them but responsible of and by them.

Politics of representation is a huge factor in any work of art. I think it is important to put the markers out on where I come from before I say whose stories I share. Especially when it is about the marginalised, I am extremely conscious about their agency and my privileges and how to make the inter-sectionality an equitable process. In Maadathy, the very community whose stories I was trying to say very actively participated in the creative and production areas on the film. Making Maadathy was more an anthropological exercise, cross-fertilising the film crew and the community from both the oppressor and the oppressed caste. Moorthy, the first-generation graduate of the Puthirai Vannar community and who is now a retired Tahsildar, was a consultant for the creative process throughout. Moorthy Aiya’s son, Sutharsan, worked as an assistant director and also played the role of the male lead’s friend. Moorthy Aiya’s brother, Selvam annan, who is still a washerman, trained my key actors on vellaavi (traditional steam washing) and herding the donkeys. I am now their extended family and our families visit each other. My work cannot be separated from my personal. And that is how I am able to function, although many think I am hopeless that way. 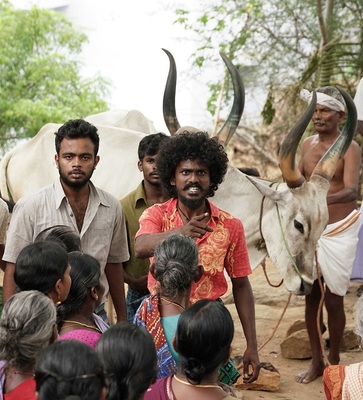 The making of Maadathy, an Unfairy Tale. Image Courtesy of Leena Manimekalai.

One of my favourite scenes in Maadathy is when Yosana becomes aware of her sexual attraction, and of the male form, and for me, that moment was Yosana being ‘seen’ for the girl, the teenager that she is, in that world of the ‘unseeables’. It was also when ever-so subtly the universality of desire devoid of power transcended the rigid lines drawn by caste. I wanted to know what this scene meant to you when you wrote it.

The scene was written to its specifics and details and performed. I wanted to bring that primal moment in the film. I wanted to evoke that whole erotic energy in cinema from a female gaze. Female desires are extremely under-represented in our films. Yes, desires challenge power structures. I have explored it extensively in my poetry. It is my passion subject. Maadathy gave me the canvas to dwell on it more. There are not many films with girl children as protagonists. The adolescent feminine gaze has never been portrayed. I encountered a nude male body when I was 13. My hormones started raging and all I could do was touch myself. There is so much to dig into the subject of desire. Every religion, every caste, every state, every institution made by man wants to control desires, especially of women. It is the duty of art to challenge it. 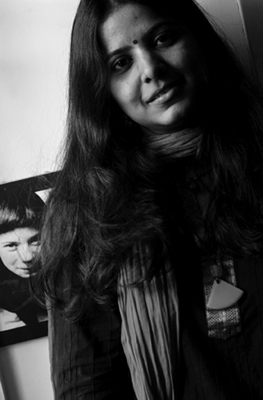 Praveena Shivram is the Editor of Arts Illustrated. To read the full article, click here.

The Last One To The Table
The Colour Blue
Blind Spots : Reena Saini Kallat's Solo Show