The Tribal Art, Which Has Survived The Leverage Of Evolution And Technology- Warli Art

India is a vibrant society where colour, noise, dance, and patterns are primary. Decorating homes is not the latest process of the Homo Sapiens, but also our long-forgotten sibling species, homo neanderthals. Drawings and paintings have been imbued with the culture right from the times of neanderthals. Early, humans used drawings to record history and decorate homes. Their penchant for expressing art later developed into different folk art forms with time and refinement. 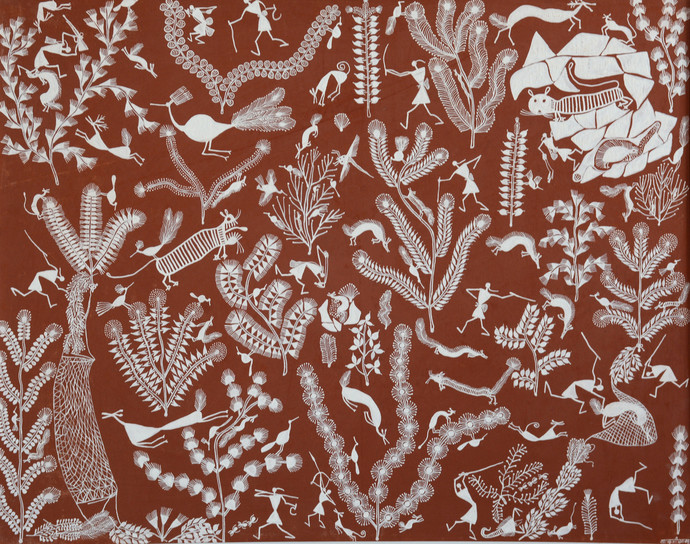 Warli art, born in the 10th century, was practiced by the warli tribes of Maharashtra. Along the northern lengths of the Sahyadri mountain ranges, the warli tribe flourished with its unique cultural practices. One such significant tradition was decorating their homes with drawings. The humans of this era were the true bearer of today’s so-called modern-day philosophies: they were minimalists and naturalists who generally used naturally available materials to decorate their homes. They truly believed in the necessity of home decor and its impact. Every occasion and celebration, the warli-art found an evident place in embellishing the setting, which spread the real enthusiasm.

Warli art was also a way of life. Originally, the art was done on walls by women of the tribe. The wall was plastered with cow dung and red mud upon drying. The plastered red mud acts as the canvas on which ground rice paste was used to draw.

The art mainly narrates stories of the social life of the tribe and their natural habitat. The subjects are predominantly in daily life, actions, and movement. The content is both ebullient and simple: warli paintings are dominated by rudimentary shapes like circles, triangles, and squares. The square is seen as the central motif in folk art, which is known as the 'chauk', which further is of two types- Devchauk (God's square) and Lagnachauk (marriage square). 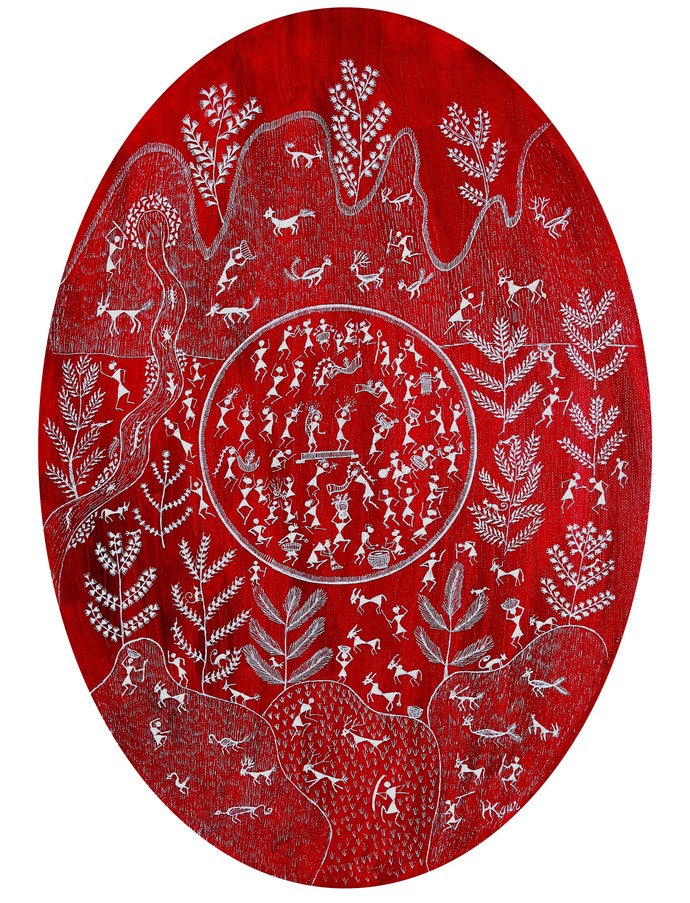 People and animal motifs were denoted by conjoining two inverted triangles, where the upper triangle makes the torso and the lower triangle become the pelvis. A popular theme of the art is the "tarpa dance", where tribal people dance in a circle during celebrations.