The Patterns of Identity

Blurb: ‘UR/Unreserved’ is not only an explosive subversion of what it means to perform but also of the nebulous space between performance and audience, and of the space between real and constructed identities. Edited excerpts from the article. 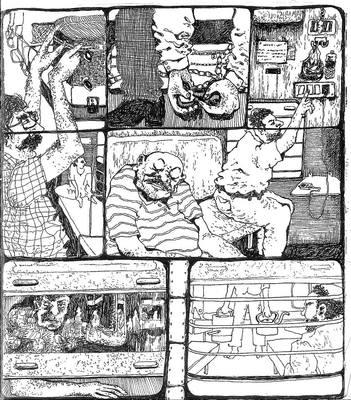 In the search for identity, we seem to have reached an impasse. Today, the discourse around this concept seems to be set in frameworks of conflict, violence and political polarisations. Are we not more than that? If it is collectivisation that we must look at, are not the individual journeys the basis of the collective journeys we call community? If this is so, why are we reduced to the superficial clichés that define who we are?

UR/Unreserved is a gentle resistance to this norm. I, along with 14 artistes, set upon a journey across the country – to Karnataka, Assam, Kashmir and Kerala. We set forth to explore the construct of identity in relation to ourselves and the spaces that we inhabited along this journey. This lay at the root of the design – an attempt to gauge the functionalities of identity at a time where that space exists in constant conflict with one’s understanding of it and the interplay between its various appropriations. A discourse wherein identity is a journey in itself. Constantly moving, constantly changing, based on the internal and external influences it comes in contact with.

Our methods, in hindsight, were simple and situated around a single idea. We wanted to create spaces to share. The first space we created was within the trains. Themes such as religion, gender, festivals, occupations, and so on, were chosen and pieces were built to create interactions within trains. Card games, poems, songs and stories were devised as means of starting conversations on identity. The pieces were performative in as far as they were being carried out by individuals from theatre backgrounds with the intention to engage. However, the people we were engaging with were no audience. They were not passive and ready to take in a show. It was an active interaction guided by the interaction itself. The design fulfilled its function of creating interactions, but it was not design that shaped the interactions. They just happened the way they had to. 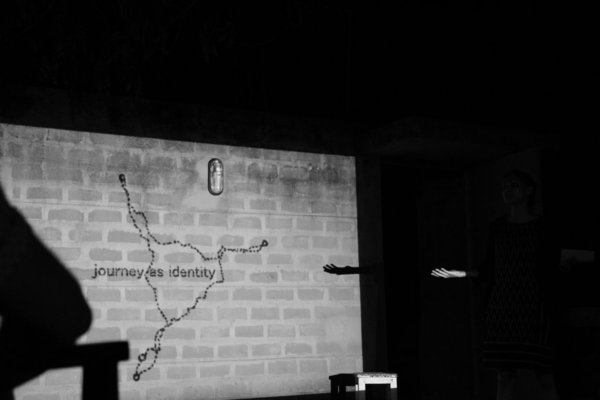 Our second sharing space was Platform 1. The Platform 1 series was designed as a theatre-making process wherein we took what we gauged from our experiences on the journey and built performative sharing spaces in public spaces. The attempt was to make Platform 1 more interactive in design by breaking the space to resemble a ‘mela’ rather than a stage. People were grouped with performance facilitators and then moved back to a common zone, only to disperse again. The pieces performed became more interactive where they took the shape of performative conversations or as questions.

It is with these experiences that we take our next steps with UR/Unreserved. Notions of self, resistance, sentiment, afflictions and being reserved are the initial points from which we want to take our tryst with identity further. Our journey was not one of performance but was one of introspection. To share space with people, geographies and situations and to create an understanding through the changing country and changing identities. Ours was, and is, a gentle resistance to the hegemonic structure the notion of identity is moving towards.

Nihal Passanha is a graduate of the University of Edinburgh with a background in Social Anthropology. His interests lie in the formation and practice of identities along the lines of caste, religion and space.

Other stories by Arts Illustrated

Love in the Time of Poetry​