The Last One To The Table

The chair has always had a strange significance throughout history, and the 10 chairs installation/exhibit at Gallery Espace, sampled a fantastic array of its interpretations. 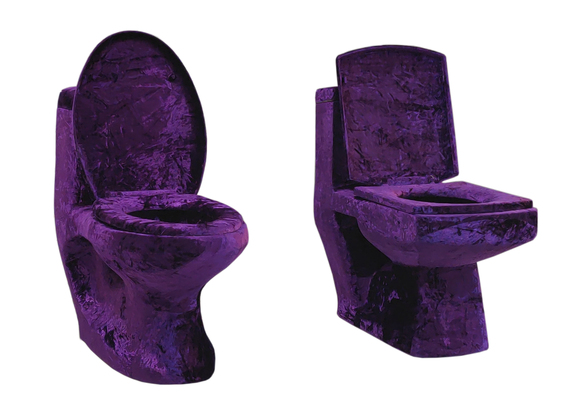 From paintings to installations to performances, the chair has always had many uses. A seat of comfort, a position of power, the number of people at a table, its size, and many other facets have been conceptually explored and interpreted in a myriad ways. It is especially so with ‘10 Chairs’, a collective installation at the Gallery Espace, which was executed as a set of collaborations between some of India’s finest artists, architects and designers. ‘The first edition of 10 chairs includes works of Shakuntala Kulkarni and Sanjay Puri; Anita Dube and Madhav Raman; Bose Krishnamachari and Alex Davis; GR Iranna and Klove; Karl Antao and Gurjit Matharoo; Marcantonio and Scarlet Splendour; Martand Khosla and Gunjan Gupta; Puneet Kaushik and Ayush Kasliwal; Valay Gada and Mandeep Nagi. 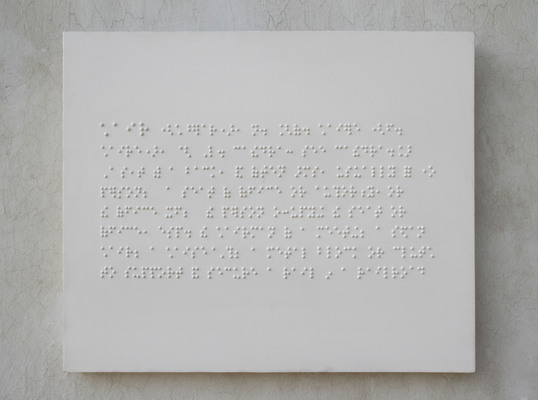 Each of these collaborations was a unique take on what a chair symbolically conveys, embedded with references both familiar and alien to the audience. In an attempt to create a singular product, the chairs were both functional and theoretical. An excellent example that elucidates this paradoxical idea is Joseph Kosuth’s, ‘One Three Chairs’, located at the MOMA, New York. The work contains a single wooden folding chair, a life size image of the same chair and a dictionary definition of what a chair is. The original concept of course, was to show that art could also be the interpretation of a single object – in ways that could convey the same idea, but would question how we interpreted the idea of art itself. Using that to subvert our meaning of the object itself, would be classified as Dadaist (where artists wanted to question society’s interpretation of art and push the boundaries of what was termed as art)

Taking from this whirlwind of interpretation, ‘…And the Fourth Chair’ is meant to be an addition to the three chairs of Kosuth. Made as a collaboration between Bose Krishnamachari and Alex Davis, the chair is conceptually meant to elucidate its existence through Braille. Invoking the sixth sense, it cannot be felt or sat on, but read – that is if, one is aware of the language.

Another chair in the exhibit brilliantly captures the humour and the essence of the base nature of it, is Anita Dube and Madhav Raman’s ‘O Phantom of Liberty!’ The chair is sheathed in a deep, royal purple, but is in fact made of white ceramic otherwise. Taking from the surrealist film ‘The Phantom of Liberty’ by Luis Buñuel, wherein a scene shows guests sitting at a dinner table, on toilets for seats! This strange scene brings to mind Duchamp’s ‘Fountain’ which began the subversion of it all and inspired an entire movement. The ‘thrones’ or chairs are meant to show how we begin our day with this object and perhaps even end it the same way. Evoking a strong social commentary and taking on the concept of the absurd – the chair is both amusing to look at and conceptually appreciate. 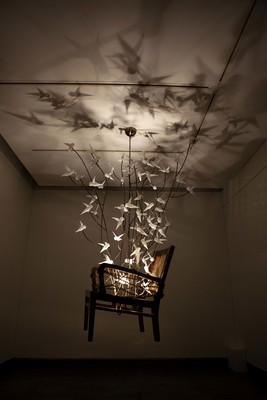 While there were many more examples, the point was to let the audience enjoy the artwork, as well as find other cross references to better view it. The ideas may very well be complex, but the interpretations are not lost. We are subjected to an era of sorts, where the chair becomes more than itself – it is symbolically transformed though perception. The works merely invite you, to take a seat – and then, to take it all in.