The Blueprint That Never Was

Sarah Winchester, wife of William Wirt Winchester who popularized the ‘repeating rifle’, built a sprawling mansion with no blueprint, in order to escape the ghosts of her past. 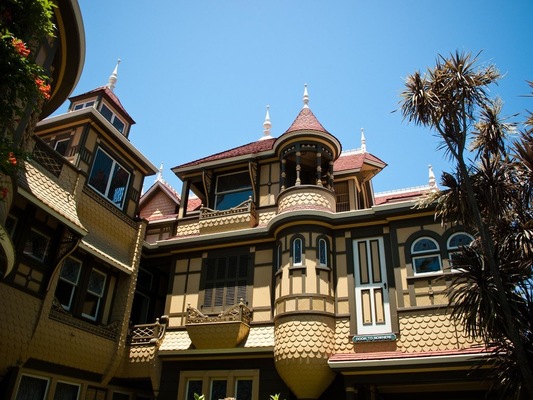 Sarah Pardee Winchester from New Haven was anything but an ordinary woman; she was the ‘Belle of New Haven’ and eventually moved on to study at the prestigious Yale University. She got married to William Wirt Winchester; heir to the ‘Winchester Repeating Arms Company’ and the infamous ‘repeating rifle’. So when she lost her only daughter and husband, her deep sense of loss and grief led her to a medium who told her that she needed to move out of New England to San Francisco, and continuously build a house that would ensure her safety from the spirits who had suffered at the hands of the ‘rifle.’ And that is exactly what she did. 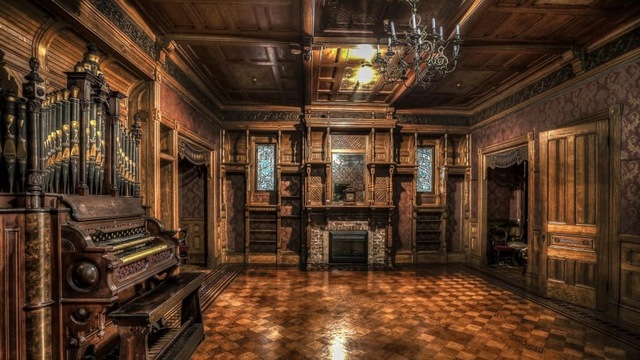 She began to build a mansion that sprawled across a property of 161 acres and was seven stories high. After an earthquake in 1906, the destruction of the upper floors forced her to remove them altogether and continue to expand outward instead. She built a tall cypress fence in front to hide the house and create an isolated labyrinthine haven for herself. She had even instructed all her workers to keep the construction secret and her watchmen to guard the premises with their lives. 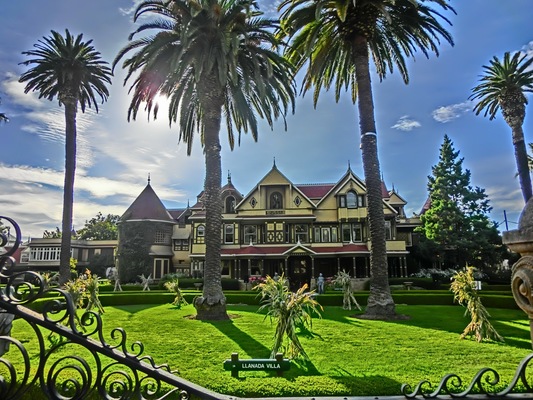 The strange maze-like mansion has 160 rooms, 47 fireplaces, 10,000 window panes, 6 kitchens and doors with staircases that lead to dead ends. It also has a room with no floor or ceiling, a door that drops directly into the kitchen sink from the Séance room, and we even see the recurrence of the number 13 in quite a few nooks and crannies. The style of architecture is Queen Anne, which relied on turrets, bay windows and ‘decorative excesses’. For example, all the staircases have beautiful floral triangular nooks designed to keep dust out of the corners, the ceilings are covered with gorgeous ‘Lincrusta’* and the house has an intricate assortment of stained glass windows.

Her passion for beauty and innovation let her to ‘embroider’ the house with eccentricities and erroneous constructions. However bizarre, they were fabricated to keep her ghosts wandering in confusion, and were all just as aesthetically exquisite. True to its nature, the mansion does not give away all its secrets – even when Harry Houdini came to inspect it after its owner’s death, he left with more questions than answers! Perhaps now, it is just a wonderfully fun construction; showcasing it’s oddities as a curious reminder of the endeavours of a curious, extraordinary woman.