The Auction Story: A Brief History

Auction houses have often been regarded with awe as they house the most incredible collections and items selling for inordinate prices! But when and where did it all begin?

When we hear the word auction, we are inclined to think of fancy tables clothed in crisp white tablecloths, crystal chandeliers lighting high ceilings and a throng of exquisitely dressed men and women waiting to bid on gold, art and other luxurious items. Paints quite a picture, doesn’t it? 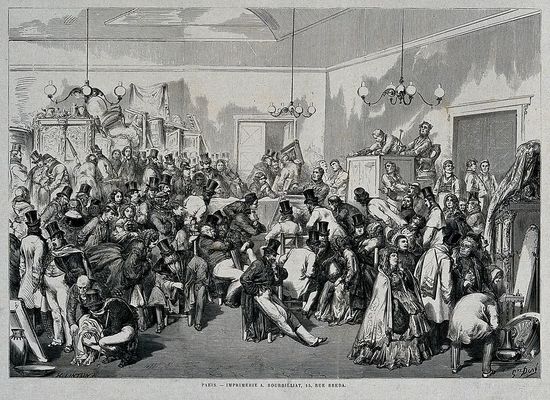 The idea of an art auction (not just any auction, otherwise this would be a different conversation) came about in the late 16th century, when the London Gazette reported the auction of artworks through coffeehouses and taverns. However, the oldest auction house actually sits not in London, but in Stockholm, Sweden. Stockholm’s Auktionsverk founded in 1674, began with the sale of distinguished artefacts and artworks from the Rococo, Baroque and Gustavian periods. 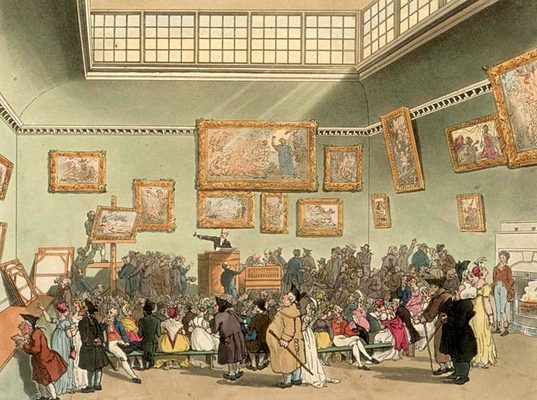 The next auction house to open its doors for business and one of the most well-known, Sotheby’s, began its journey on the March 11th, 1744. Not too late to the scene and quite quick to catch onto the trend, Samuel Baker, an entrepreneur and publisher first held an auction for several hundred valuable books! This was ‘fetched’ from the library of Sir John Stanley (a British Lord), whose books fetched a pricey sum of 826 pounds. 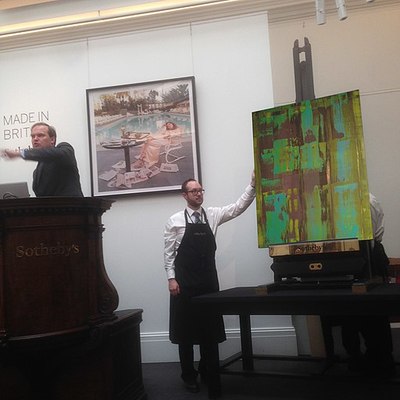 One cannot go without mentioning Christie’s, as the auction house was set up a little later than its competitor (Sotheby’s). Founded in 1766 by James Christie, the initial sales included a negotiation of the art collection of Sir Robert Walpole to Catherine the Great of Russia. From auctioning ‘sporting’ art (scenes from the horse races) to holding private purchases, the stories abound. One such private purchase was by Admiral Horatio Nelson who bought a portrait of his mistress Emma Hamilton, by Elisabeth Vigeé-Le Brun, for £300. He even declared that if the work had cost him 300 drops of blood, he would have ‘given it with pleasure’.  Perhaps, a bit dramatic, but perfectly in keeping with the wonderfully twisted and colourful history of art auctions!
Also read : Top 5 Auction Houses In India