Taking Notes On Paintings From Rajasthan : Traditional And Modern

Rajasthan is the land of vibrant culture and is home to many traditional art styles. Rajasthani miniature paintings originating from Rajputana royal courts, pichwai paintings dedicated to Lord Krishna, jogi paintings and phad paintings are some of the popular painting styles found in Rajasthan.
Taking on a vast number of mythological themes and traditional folklore, these paintings alter their styles and influences as we move across the terrain of Rajasthan. However, as we move to a modern day interpretation of the themes and works, the approach dramatically changes. 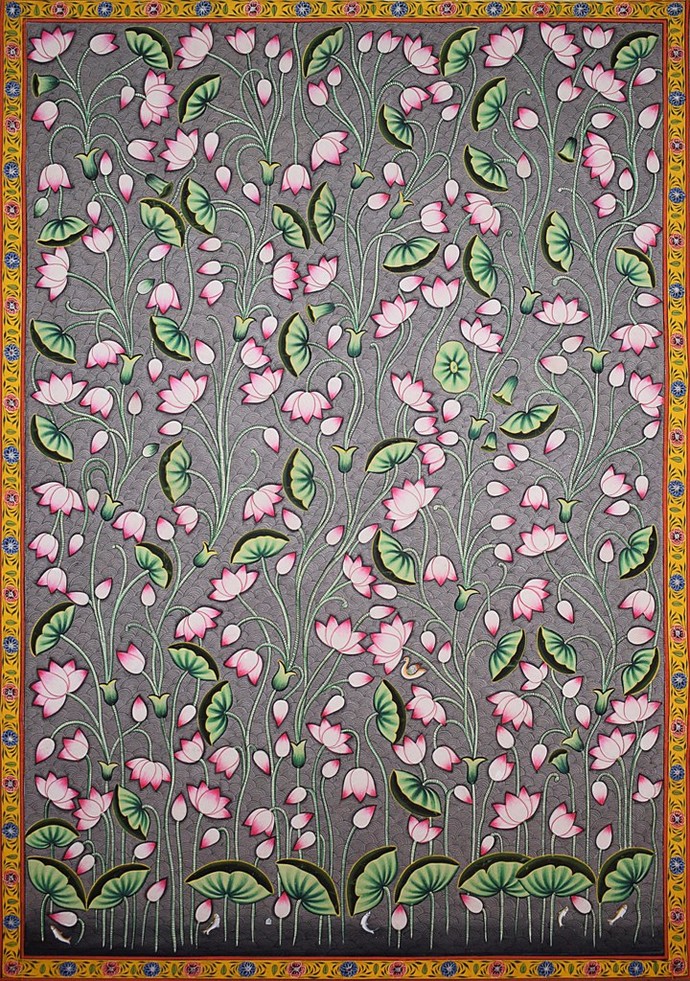 The Pichwai style of painting originated in the town of Nathdwara in Udaipur, Rajasthan and has become increasingly popular over the years. The beautifully intricate blooms of lotuses, flowers and other fauna, intertwined with the images of Lord Krishna’s life are truly unique and beautifully executed. The word Pichwai is decoded into 'pichh' meaning back, and 'wai', meaning textile hanging. They are made by members of the Pushti Marg sect, founded by Shri Vallabhacharya in the 16th Century.  Most Pichwai paintings were used to decorate the temples of Shrinathji and were mostly located in Nathdwara. The works hung behind the deities, depicting the celebration of various seasons and events in Lord Krishna’s life. 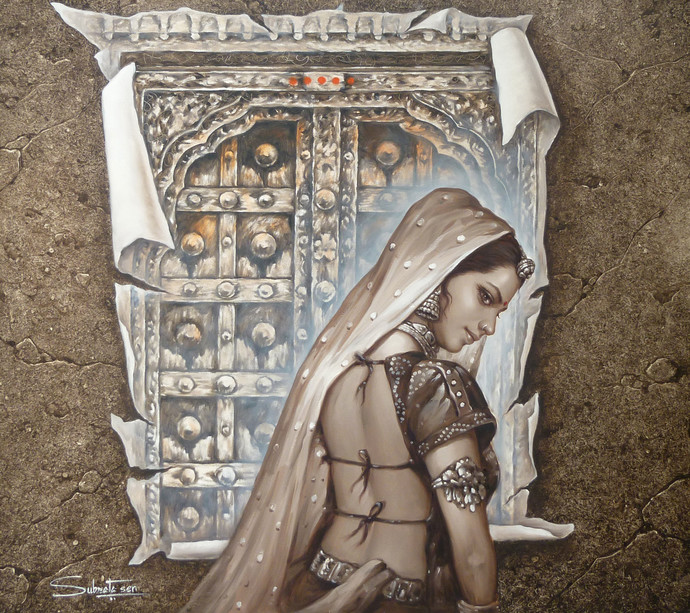 As we progress towards an amalgamation of the traditional with the modern, we see a beautiful Rajasthani gypsy woman looking back at us from the frame that we are presented. Her gaze is pensive as she walks towards an unknown window that also holds very solid characteristics of Rajasthani craftsmanship. Often utilized as an element of mystery and narrative, the image is lovely in sepia and translates very easily. However, the mystery does not end there as the supposed window is but a paper that is crumbling, revealing the surface below it. The overall effect is surreal and dreamlike, letting the viewer into the frame, but not fully. 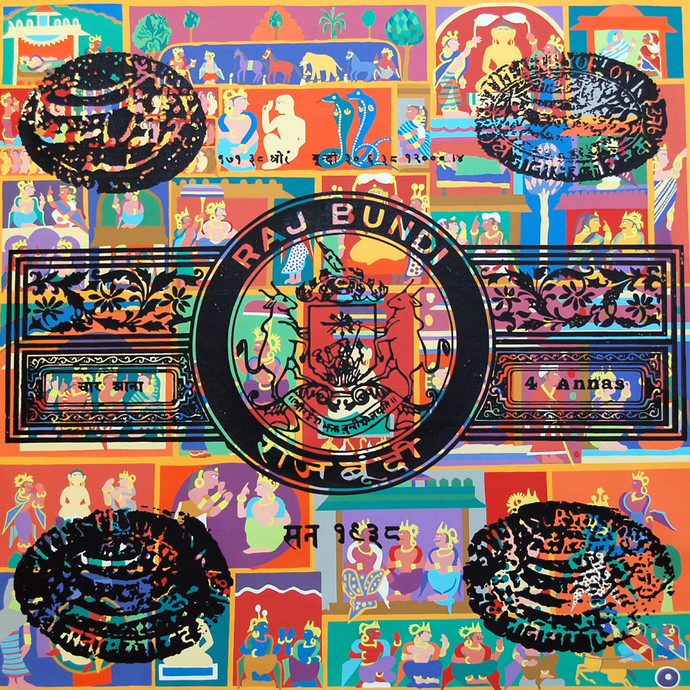 We quite literally jump into the modern, as this work speaks of pop art and the influence of various narratives within the work. The bold, bright colours and the stark outlines are easily recognized as pop art influences while the formal symbols and crests create a regal impression. The artist ‘Malchand recognizes stamp as a symbol of power and authority. He employs revenue stamp papers and seals as background of his artworks to showcase changing political, social and administrative scenarios.’