The silence of memories and the emotions it invokes are often inextricably tied to our current state of mind, but when silence itself becomes memory, then the stillness in invokes becomes integral to how we define our existence 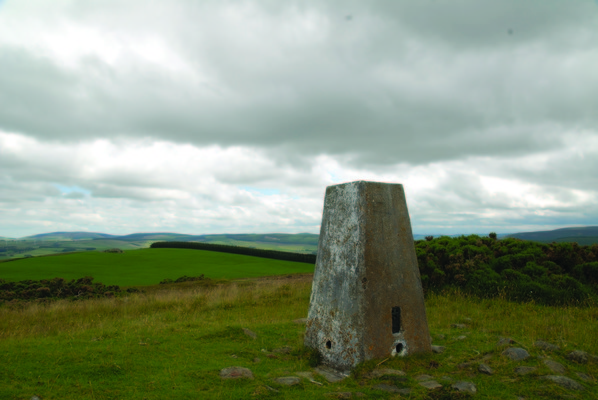 A structure in grassy meadows of Huntly, Scotland.

One of the strangest sensations I had as a young adult of 20 years was when I taught in two different remote schools, Rishi Valley School in Andhra Pradesh and the SECMOL School in Ladakh. Both were located far from any urban settlement in the middle of nowhere and after living in Delhi for three years then, it was strange getting used to the silences, punctuated only by the whistling wind. Silence seemed to separate even the stars at night, with constellations that were strung together as fairy lights. Often people confuse silence for emptiness. But silence, womblike, holds a universe within it.

Stillness to me is a manifestation of silence. Anyone who experiences the meditative nature of a Japanese Garden knows this. Sitting in Kenroken Garden in Kanazawa by the the famed teahouse, I immediately understood what silence meant in Japanese culture. It was a spiritual meditative silence manifesting itself in a raked sand garden that encircled a boulder, the boulder that witnessed millions of years and sits there stoically, the water body that occasionally ripples and then becomes a mirror to the blue sky and tufts of vegetation. It was the same stillness that I witnessed with the little structure I saw in the Scottish town of Huntly. Sitting quietly there, on tufts of grass, set against a blue sky, unchanging.

I remember seeing the work of the incredible South African animator and humanist, William Kentridge in Tokyo. Even after years, I remember the exhibition vividly. There was a section in the exhibition, a gallery, as dark as dark can be. With large helicopter headphones, I could hear as little as I could see. Slowly my eyes adjusted and I realised that all the four walls of the gallery had films projected onto it and that there were a few hundred people captivated, taking in the imagery as they listened to the audio, quiet. If you took the headphones off, you saw the animated pastel drawings, figures in pain, in complete silence, the silence as arresting as the sound. I want you to imagine this in your mind’s eye, as cities seem from the sky. 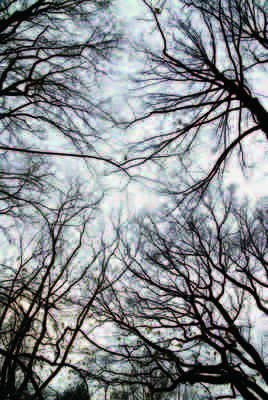 For someone who has a cluttered mind, a cluttered life and everything is one big jumbled existence, the beauty of silence or stillness is not missed on me. I think when you don’t have something you appreciate it more – enviably, longingly and dearly.

It’s the same silence that I find in the fantastic light installations of James Turrel. On the little Japanese island of Naoshima, in an unusually traditional looking Japanese building by Tadao Aando, I encountered my first Turrell installation. I remember climbing up a long flight of stairs towards a plane of hypnotic coloured light. One couldn’t tell if it emanated from a plane, a three-dimensional volume or from a distant source of light. And as soon as this trite desire of wanting to deconstruct the installation went away, the silence and this transfixing light consumed me and all the visitors there. Together, we all sat there for almost an hour, just looking into the light, as if we had emerged from a dark tunnel after years and saw the warm glow of the sun for the first time. I have no pictures to record this. We are in this age of incessant need to photograph, take selfies and post the tritest to and fro on social media many times a day, so with increasing disdain I run away from this. How do you document when something truly touches you? Sheer joy, extreme sadness, boundless love, priceless emotions, experiences I think I don’t deserve to have but feel blessed that I do? 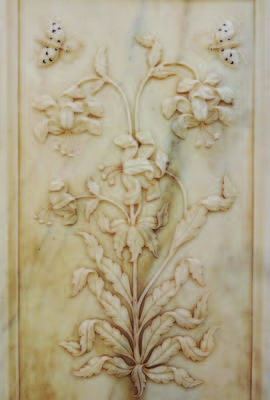 The movement of flowers and bees arrested in a marble frieze in Amer fort, Jaipur.

In the same vein, how do you share the joy of music? There are those fleeting moments of utter bliss. Be it at my first concert of Kumar Gandharva in Delhi or at the BBC Proms at the Royal Albert Hall in London. The pin-drop silence just before the concert begins, the suspense and the excitement of the music and the end of the wait to hear the maestro, the silence before that, how do you explain it to someone? While the experience of the concert can be photographed, the music cannot.

My first experience of listening to Kumarji was incredible. Having grown up in Andhra Pradesh, I had limited exposure to Hindustani classical music. I accompanied my father to a concert to an unspectacular Delhi auditorium, and a simple diminutive man on a drab stage entered. The shuffling and talking died down and there was complete silence as he sat down. It was mercifully before the advent of mobile phones and incredible insensitivity that afflicts us now. And then he sang. A voice I can’t describe, and I, all of 16, fell in love with Kabir and how Kumarji rendered his verses. I remember I closed my eyes, imitating many other elder people I saw around me, and in the darkness I heard only his voice, pure and clean, and I realised what music in its purest form can do. I remember this and though I only heard him once again live in concert, I remember what the silence before Kumarji sang meant for me. The silence, a harbinger of unbridled joy.

To read more such stories