Sanjhi is the ancient art of paper stencilling practised across Mathura and Vrindavan. It was traditionally used to make ritualistic and ceremonial rangolis in temples dedicated to Lord Krishna. The term Sanjhi is derived from Sanjh or dusk. It is related to the ritualistic practice of unveiling the rangoli in the temples with chanting at dusk. 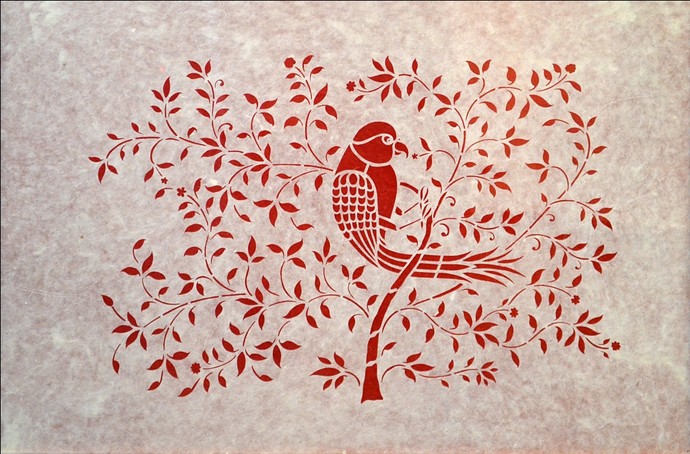 The beauty of Sanjhi lies in its delicate designs and elaborate picture motifs. Most of the designs are compositions narrating tales related to Krishna. The craftsmen use small fine custom-made scissors to cut the stencils and then use the stencil to create the images. The rangolis were made using coloured pigments, flowers or stones. Some craftsmen also practised Sanjhi during the Mughal era, but in entirely different themes. 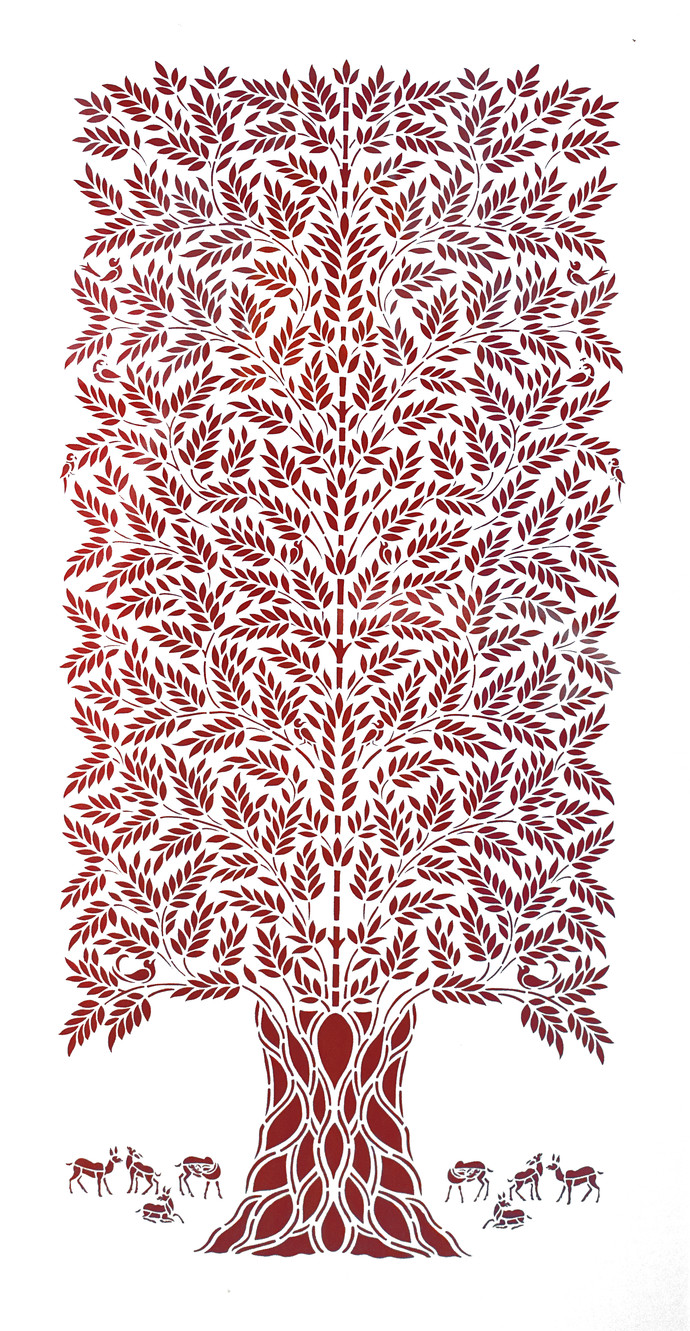 In olden times, the stencils were made using rough paper or banana leaves but contemporary artisans have started creating artworks using handmade and recycled paper. Traditionally, the stencil was used to create the only rangolis, but gradually the stencils caught the interest of the patrons. Now, the stencil is considered at par with the final decoration. The cutouts are available as framed artworks as well. 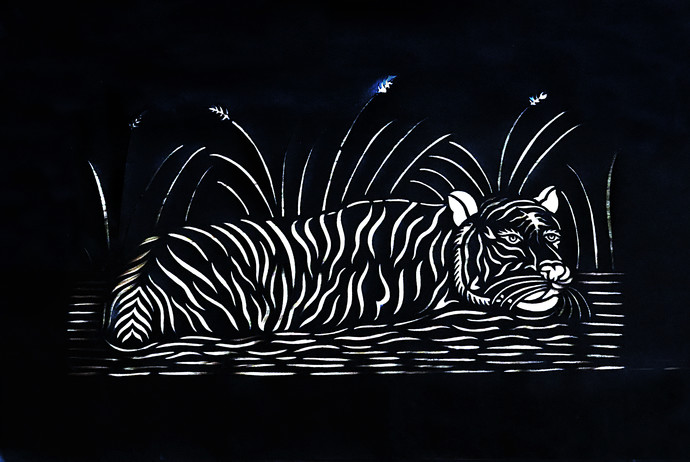 Sanjhi paper cuts have also found a place in the market in various forms. The stencils are used to create bindis, textile patterns and henna designs.The stencils are also used extensively in home décor and utilitarian objects such as trays, coasters, lampshades, mirrors, wall hangings and window partitions. Sanjhi motifs have gained popularity with fashion designers and architects as well.It is interesting to know that most craftsmen create a perfectly balanced composition freehand without any practice sketches or drawings. The cut-outs, though created in a short span require years of practice, skill and patience. Sanjhi is a wonderful example of the legacy of skilled Indian craftsmanship which requires limited resources.