A Paean of Praise for the Legendary Raja Ravi Varma

Known as the father of Modern Art in India, reshaping religiosity with realism, Raja Ravi Varma (1848-1906) was a celebrated Malayali Indian painter and artist. Indian mythology found a life-like depiction in his paintings. Never before Raja Ravi Varma had our gods and goddesses, heroes and religious icons looked so close to life. Noted for making affordable lithographs, his paintings employed the latest European academic art techniques. A 19th century artist, his works are still put up for auctions. Tilottama, a painting of the celestial nymph from Indian mythology, recently fetched a handsome ₹ 5 crore at the Sotheby's Modern and Contemporary South Asian art auction in New York.

To celebrate such a great artist, here are some of his artworks to appreciate.

This vintage print shows Mohini, the only female avatar of Lord Vishnu, on a swing. Mohini was the enchantress who stole the pot of amrit, the elixir of immortality from the asuras and gave it to the devas. Bringing out mythology into life this artwork catches a goddess in the most contemplative mood. 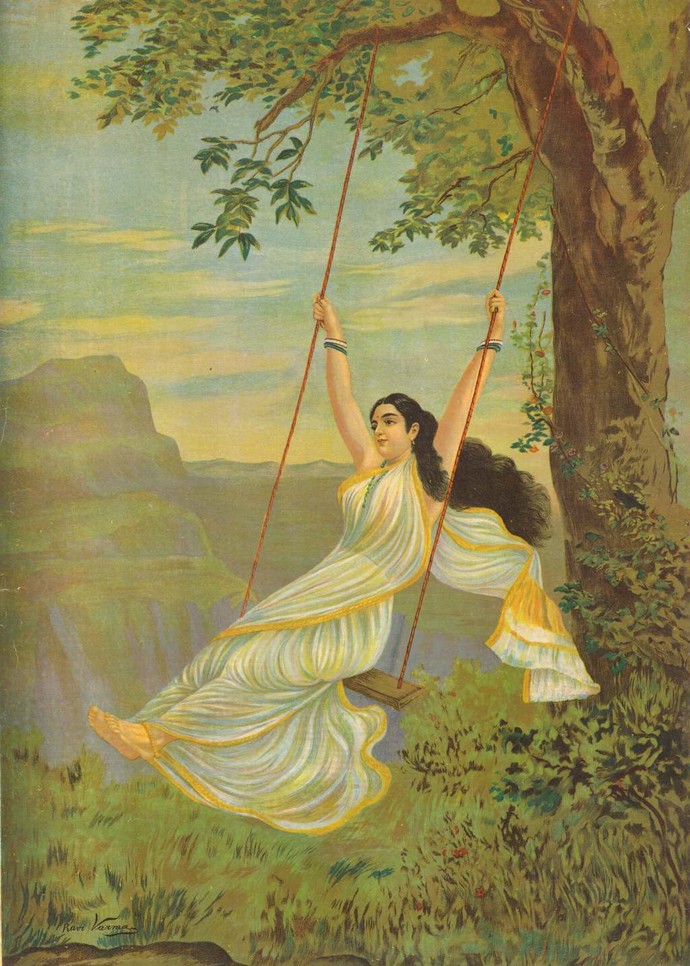 Blending European realism with Indian aesthetics, Raja Ravi Varma immortalised characters from our epics and folklore into his paintings. This painting depicts a scene from the Indian epic Ramayana, revered stage Vishwamitra asked Dasharatha to send young princes Rama and Lakshman with him to fight off demons. 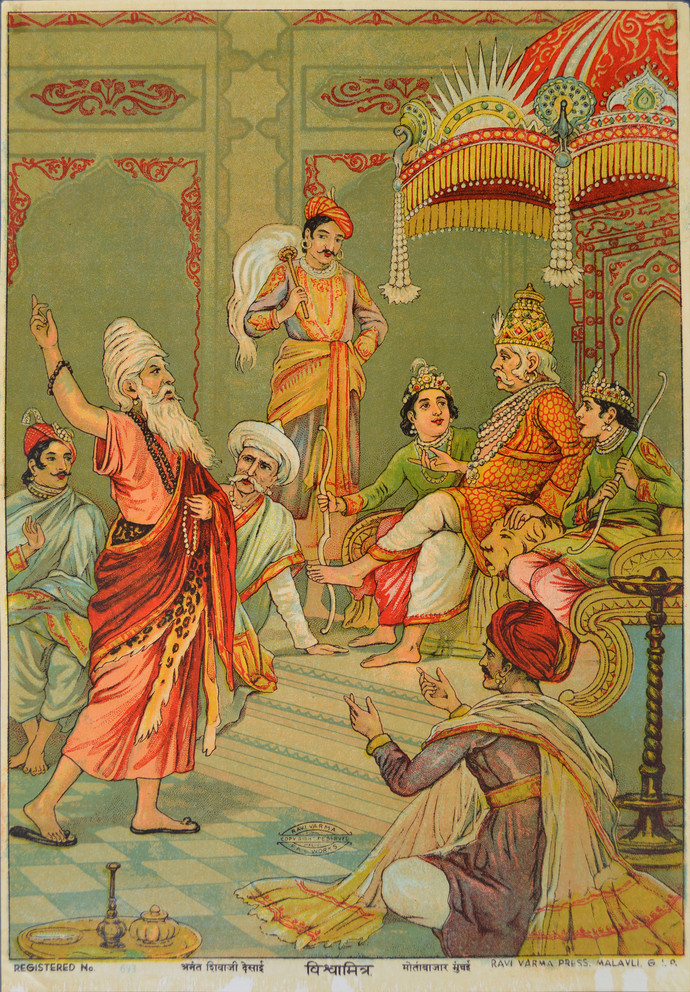 Bringing Gods and Goddesses closer to the common people through his paintings and lithographs, Raja Ravi Varma paints Lord Shiva and Parvati, with snow covered mountains on the background. 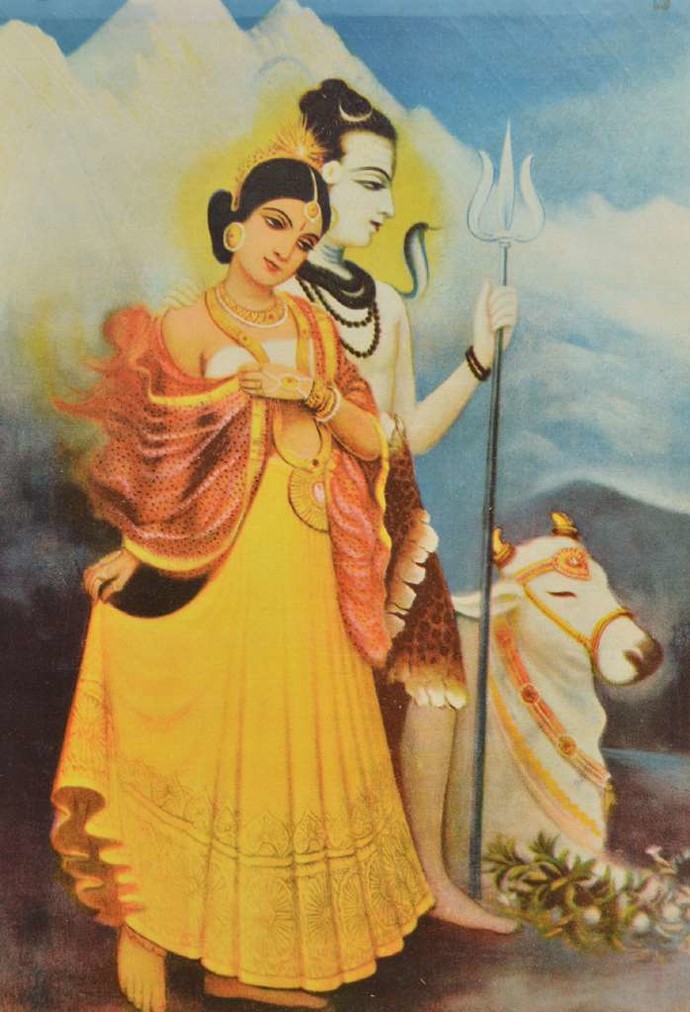 Recreating one of the greatest scene from the Ramayana, this painting shows Ravan cutting off Jatayus wings, when the vulture tried to stop him from abducting Sita. 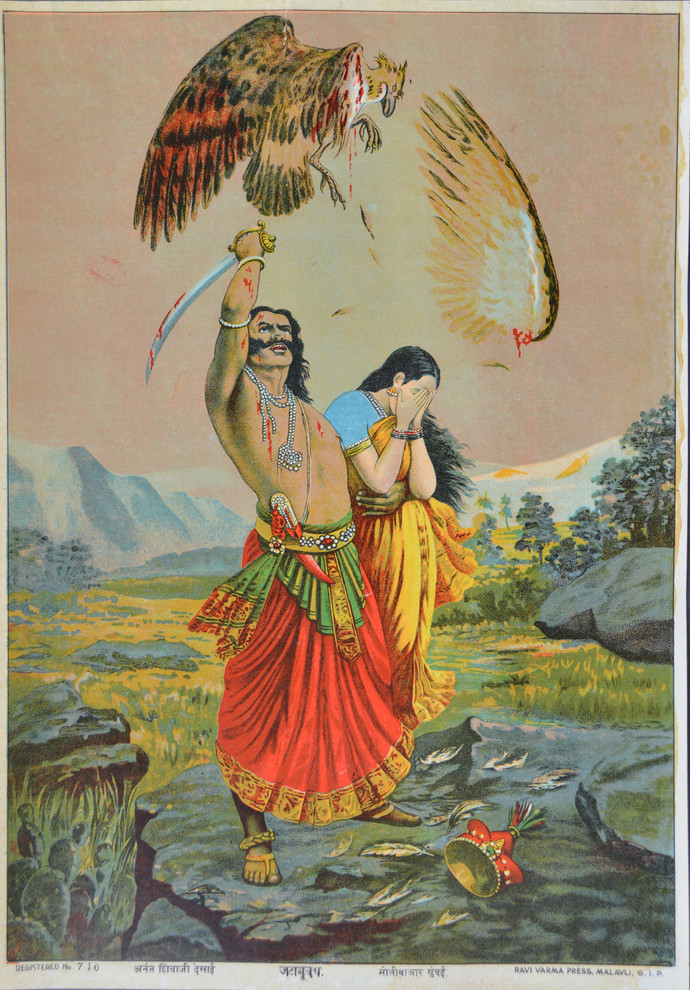 An oleograph fabricating the beautiful Taj Mahal, built by Shah Jahan for his beloved wife Mumtaz. 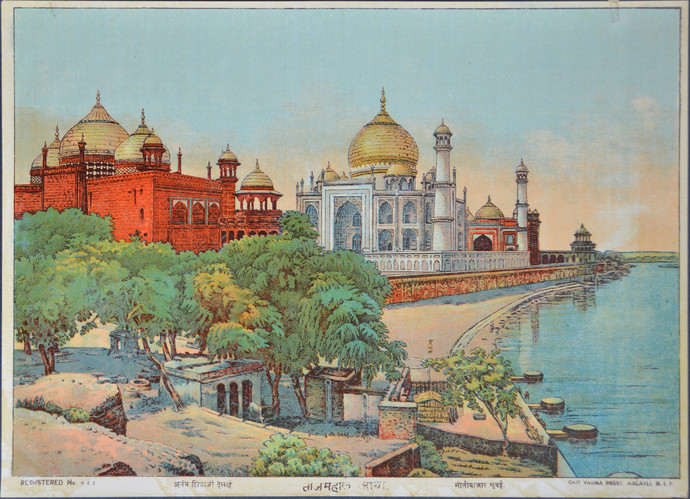