Pandit Khairnar was born in 1968 in Nashik, Maharashtra, now known as wine country, situated on the banks of the Godavari river. The rugged yet verdant terrain had a lasting impact on Khairnar’s sensibilities and he found himself drawn towards abstract painting, even as a young man. 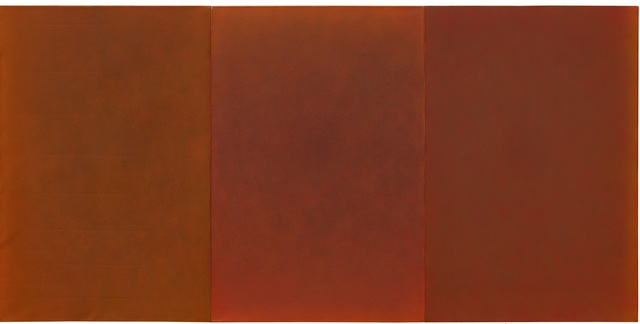 Khairnar studied for a Diploma in Art Teaching from Y. K. M., Aurangabad in 1989. He further completed a Diploma in Fine Art from L. S. Raheja School of Art, Mumbai in 1992. After which he was based in Mumbai for the last 25 years. He returned to his hometown, Nashik, in 2013.

Working from Nashik provided comfort to his artistic senses, not just because it was his hometown, but because the city has art in its air, with its temple complexes and ancient caves. Its serene beauty and peaceful environment inspires him to paint. He uses layer upon layer of oil paint to create evocations of fascinating shades of light, like silent music. Through his paintings, he describes his memories spent in idyllic fields and attempts to recapture that point between twilight and dusk when the light changes in a few seconds and the open sky is a hue of myriad colours, intangible and mystic. 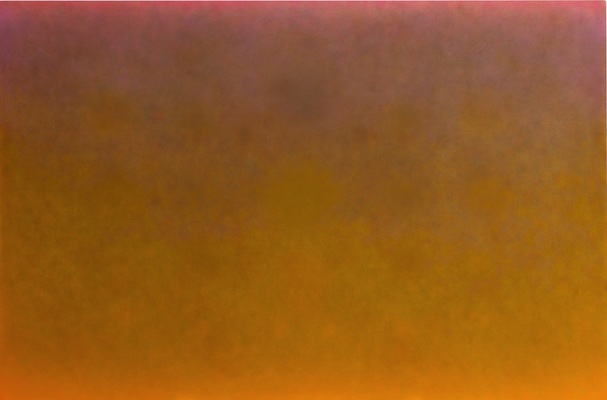 As an artist Pandit Khairnar has always been interested in the aspect of ‘time, space and form.’ But his work is not so much about these concerns only as, what he observes and how he perceives the world around him. Through deep contemplation of these experiences, there comes a transformation of what’s perceived, and these worldly experiences take a visual form.

Colour Field Painting is a tendency within Abstract Expressionism, distinct from gestural abstraction, or action painting. It was pioneered in the late 1940s by Mark Rothko, Barnett Newman, and Clyfford Still, who were all independently searching for a style of abstraction that might provide a modern, mythic art and express a yearning for transcendence and the infinite. To achieve this, they abandoned all suggestions of figuration and instead exploited the expressive power of colour by deploying it in large fields that might envelope the viewer when seen at close quarters. 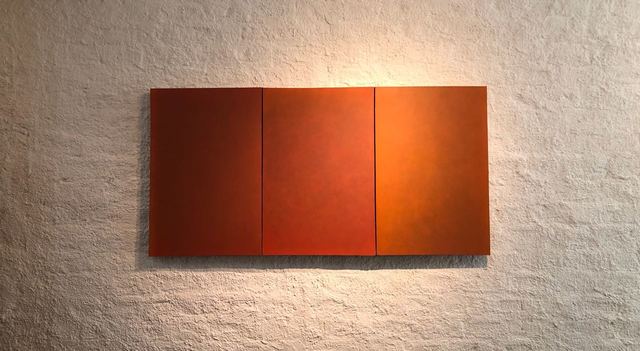 Pandit Khainar's works on display at 'Isness' Gallery Threshold
Colour field painting is a rarity in India that suffers from a visual glut because it is devoid of images, human figures and any recognisable human forms. One could say that it exudes an 'isness' which can be only felt.
Pandit Khainar’s first solo Exhibition in Delhi, ‘ISNESS’ is presented by Threshold Art Gallery and presents his recent works on colour-field painting 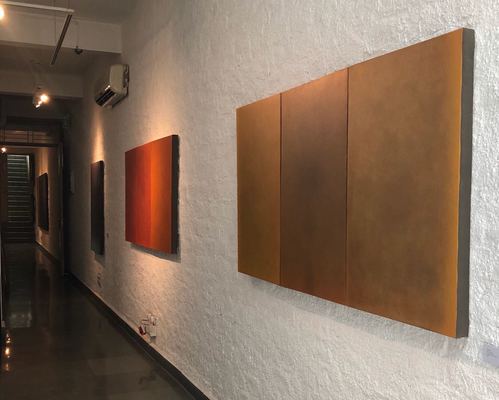