Of Kings, Villains And Vampires

With rumours of monks sealed alive within the recesses of walls, murdered prisoners and slaves and ghostly apparitions, Corvin Castle in Romania remains the keeper of many tales thatlend much weight to ghostly legends ‘We kept on ascending, with occasional periods of quick descent, but in the main always as cending. Suddenly, I became conscious of the fact that the driver was in the act of pulling up the horses in the courtyard of a vast ruined castle, from whose tall black windows came no ray of light, and whose broken battlements showed a jagged line against the sky.’ 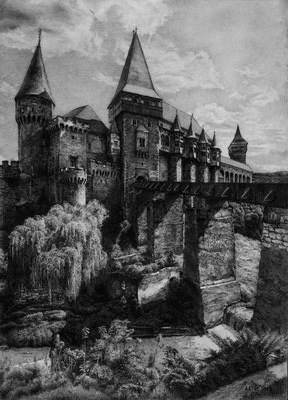 In Bram Stoker novel ‘Dracula’, the castle remains the single most important location – the inaccessible stronghold that became the place where Dracula ultimately perished. Dracula might seem fictitious, but the stories surrounding the vampire antagonist have, over the years, become entities that link the seemingly mythical with our own physical realities. Case in point: the Corvin Castle – a Gothic-Renaissance castle in Hunedoara, Romania. 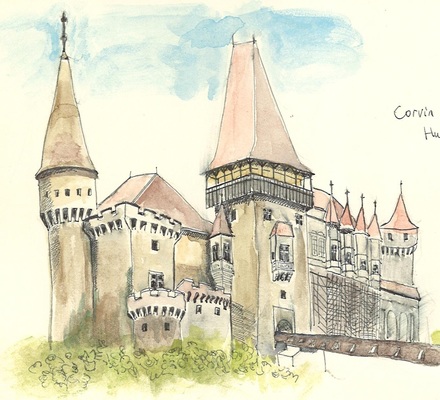 Corvin Castle was laid out in 1446, upon the orders of John Hunyadi, better known as the Ioan of Hunedoara. Constructed over the site of an older fortification on a rock above the smaller Zlaști River, the castle is a large and imposing structure with tall towers, bastions, an inner courtyard, diversely coloured roofs, and myriads of windows and balconies adorned with stone carvings. It is flanked by both rectangular and circular towers an architectural innovation for the period’s Transylvanian architecture – which along with the castle’s famous dungeons, were used as prisons. One of its famous residents was Vlad the Impaler, Prince of Wallachia – the 15th century Prince who is said to have inspired Stoker’s titular character Count Dracula. Legend has it that Vlad, traumatised by the sounds of fellow prisoners being tortured, slowly turned mad within the depths of his dark cell. Many claim that Corvin Castle is the place where he developed his lust for death and blood and that his ghost still haunts the area around the castle. Perhaps the most famed legend to come out of Corvin castle is that of three Turkish Prisoners who were promised freedom if they dug a well in the castle yard – a seemingly impossible task as the men had to dig through solid stone to reach water. After 15 years, when they succeeded in their mission, they were murdered. One of them inscribed a message on the stone well that remains till date: ‘He who wrote this inscription is Hasan, who lives as a slave of the giaours, in the fortress near the church’. On April 13, 1854 a fire caused by lightning destroyed most of the wooden parts of Corvin castle – the roof, the wooden beams, the stairs, the ceilings, and the doors – everything except the five-
hundred years old door to the dungeons. For years, it remained that way, abandoned to forces both known and unknown; before a 40-year-long campaign restored it to its current state.