Dr. Ashrafi S Bhagat, writer and curator, talks about her show, ‘Madras Modern’, that features seminal artists from the Madras Art Movement and navigates the emergence of modernity in the South particularly from the erstwhile city of Madras. 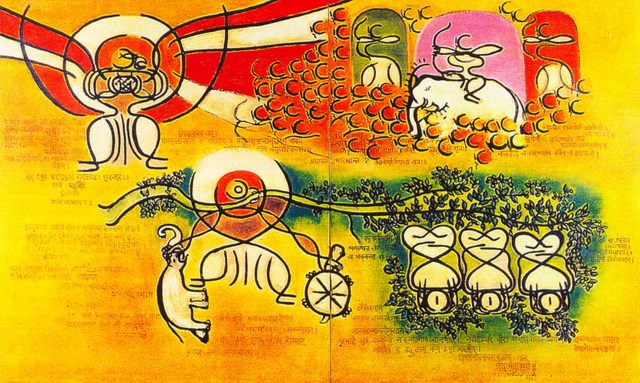 Based on the ideology of ‘Nativism’ or engagement with the regional/vernacular culture that was developed by K. C. S. Paniker and S. Dhanapal in painting and sculpture respectively, these two pioneering innovators were instrumental in carrying forth the development and growth of modernity in Madras. The emergence of this modern movement was from the College of Arts and Crafts (established 1850) where Paniker served as a Principal from 1957 to 1967 and Dhanapal was the Head of the Sculpture Department from 1957 to 1972. The Art Institution provided the locus for its evolution and development, unlike other metros as Bombay or Calcutta where modern movements emerged from collectives or progressive movements but not from colonial art establishments. As the administrative head, the institution provided space for Paniker, who with his vision of alternative modernity believed firmly in melding stylistic modern European influences; he engaged productively with students and faculty members to debate discuss and argue the state of modernity within the nation in the 1960s.

It was a seminal platform that allowed dissemination of ideas that were carried forth by the students. It was this core group of students in early 1960s that consciously drew out threads of regional culture to weave their tapestry of modernity in the South, which proved distinctly different, contributing towards enhancing the national modern. 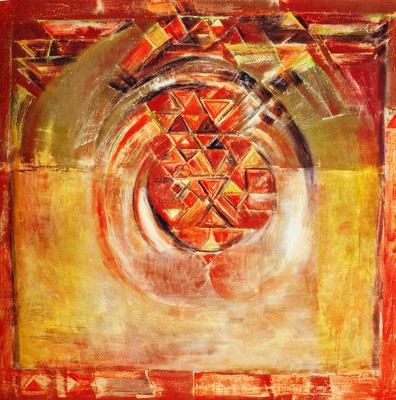 The configuration of the Madras Art Movement was initiated under the tenure of D.P. Roy Chowdhary, the school’s first Indian Principal (1930-57) who chartered the development of the Fine Arts curriculum by initiating an empirical approach to making art. Paniker, the next administrative head brought in a study of European modern art, opening avenues for experimentation in technique and methodologies for individual expression. The interplay of tradition and modernity provided the framework for the Madras artists in the 1960s. 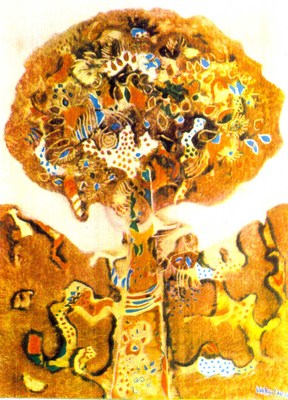 Within the Madras Art Movement it is possible to draw out two broad categories namely the ‘figurative’ and the ‘abstract’. Some artists preferred visual language that was figurative while others engaged with the abstract mode. Though the aesthetic approach in the artistic production of the ‘Madras Modern’ was based on the ‘formal’, it went against the grain of Greenbergian ideology of keeping the arts pure from influences of society, culture or politics. By thus grounding their works within the regional cultural milieu as inspiration derived from canonical arts, inscriptions, folk deities, kolams, yantras and accoutrements of performance arts, it laid claims to a sense of identity and authenticity legitimised through regional art forms.