Artist James Turrell’s ‘Twilight Epiphany Skyspace’ brings together the many nuances of architecture, time, space, light and music in a profound experience that blurs boundaries and lets one roam free within their own minds Edited excerpts from the article. 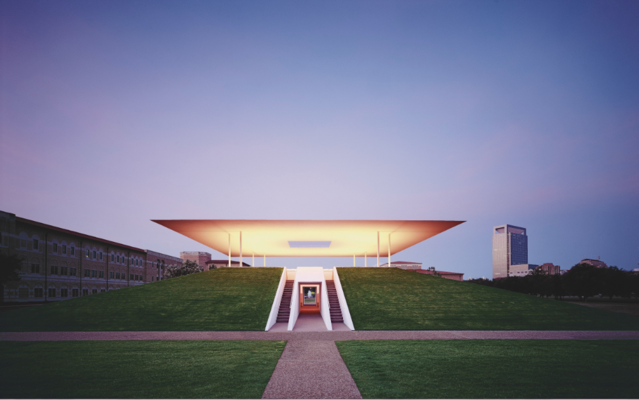 Is the earth really not flat? I remember those cross-section diagrams of the earth’s core in school books – those were always spherical. So, if the earth is spherical, but we are all perpendicular to it, are we standing upright like pins pinned on a pin cushion? How does that work? I didn’t pay much attention in science class, and I am not that curious enough to Google it now, but these are just some of the very random thoughts that float through my head any time a patch of sky catches my attention and holds it for an embarrassingly long time. Of course, when teachers in school asked, ‘What was so interesting outside the window’, I couldn’t tell them this – but there is something about that moment when you look up at the sky and realise that there in its vastness, every mundane and absurd thought in your head makes complete sense – it is genuinely very interesting! After all, some of history’s most prolific creative minds have often turned to the heavens for inspiration. But in all their journeys across the sky, from when Van Gogh and Munch painted their Starry Night(s) to when Steinbeck penned his ‘torn cloud, like a bloody rag’, the sky, in all its fleeting and ever-changing glory has remained seemingly close, yet just out of reach. That was until James Turrell, the American artist famous for his works on light and space, encased the ethereal within a built form and gave the movement of time and space a sense of physicality – one that can be seen, heard and felt. 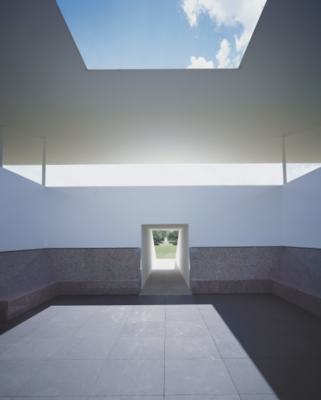 Turrell’s 2012 work, titled the Twilight Epiphany Skyspace was architecturally devised by Thomas Phifer and Partners at the Rice University campus in Texas as part of the university’s Centennial Pavilion. It is essentially a 118-foot-square earthwork with grass-bermed walls surrounding a bench-lined atrium forming an abstract pyramidal sculpture. Its highlight, a punctured canopy with a 14-footsquare skylight, is the signature element of Turrell’s ‘Skyspace’ works (this, by the way, was his 73rd!). Twilight Epiphany Skyspace was designed to interact with both the rising and setting Texan sun as a sequence of programmed LED lights dance across the structure’s ceiling in sync with the particular moments of light which occur with earth’s movement across space.

The morning light show starts forty minutes before sunrise and the evening display starts just as the sun begins its slow descent. Twilight Epiphany joins in on the natural movement of light. Its ceiling comes alive with different colours – a pinkish glow mimicking the break of dawn, fiery golden orange as the sun stands on the horizon or iridescent blue as dusk sets in. From the outside, the light shows are, of course, phenomenal; but the best seats in the house, literally, are those inside where the movements in the sky are framed by the skylight and juxtaposed with the shifting shades on the ceiling. With viewing areas built into both the upper and lower segments of the structure, both offering unique perspectives through the square cut-out, the work offers a rather profound experience that is hard to describe, but Molly Hipp Hubbard, Rice University’s Art Director, tried her best, when she said, ‘You are captured with the light sequence that the artist has created, that coordinates with the actual arc of the sun! There’s a lot of power in that. The fact that you are inside a space, and that you are experiencing the art – there are so many different colours that you are seeing – you are looking through an aperture in the roof to basically infinity – there is a lot of freedom in that. It lets one’s imagination go’. 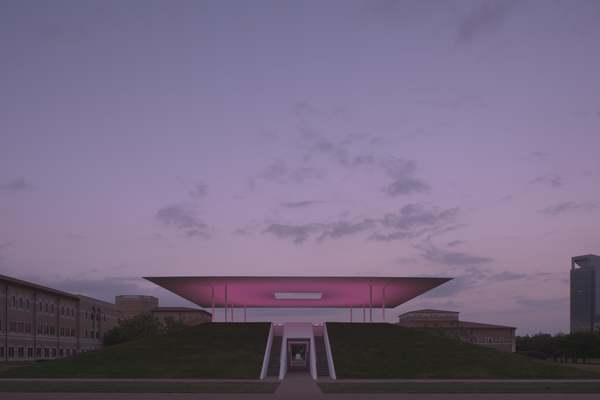 Vani Sriranganayaki is the subeditor of Arts Illustrated.