The problem of plastic has grown so rampant that we now have no other option but to solve it head on. Alejandro Duran’s recent TED talk tells us how he decided to solve this problem, ingeniously. 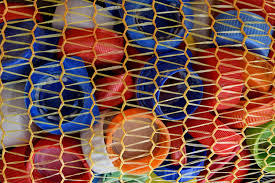 Travelling is a wonderful way to discover new places, or revisit old memories - but the memories I was making, related to our consumption of plastic. I had actually found small pieces of plastic in not one, but two drinks that I had ordered for, from the airport stalls. So how many pieces of plastic would I have already consumed? How many micro plastics were already so embedded, that our food was not food at all? 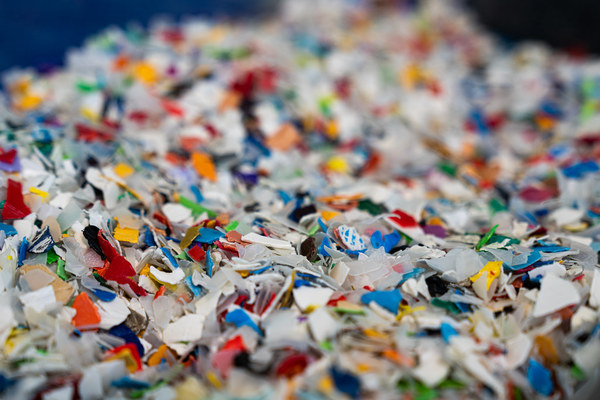 Micro plastics and other hazardous waste
Keeping this issue in mind, the recycling of plastic is not easily possible, because its shelf life is incredibly long and it is difficult to recycle all forms of it. So what else could you do?
Taking the issue of plastic waste very seriously and tackling the problem of excess plastic in the oceans - artist Alejandro Durn has made it his life's mission to use plastic as art to create awareness and spread the word about the increasing problem. At his recent TED talk, Alejandro began by narrating what happened when he travelled to Sian Ka’an, a small island south of Mexico’s Caribbean coast and also a UNESCO World Heritage site.‘This is Sian Ka'an…one of the most bio diverse regions on the planet. But when I first visited in 2010, I was horrified and completely confused as to why the beach was covered in trash. I soon realized that it was floating in from all over the world.’* 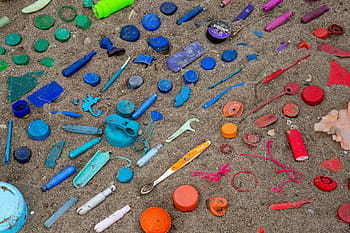 Using art to creatively draw attention to this problem, the project ‘Washed Up’ transforms the floating debris from all over the world into beautifully unnerving works. Whether it is bottle caps, oil cans or other distorted objects – the works are colourful and jarring. The reality of the problem is much bigger than what we envision and sadly, it is just as difficult to solve due to the plastic compounding into islands of waste that then form inhumanely large landmasses. It is hard to ignore now, more than ever, since it directly affects our consumption and our environment.

Connecting visually and conceptually to ‘Land Art’ (we can take examples from Andy Goldsworthy, Robert Smithson) that uses elements of nature to create a visual aesthetic and bring focus to the environs. However, in this case, plastic has now become so rampant – that it is our medium as opposed to natural elements (like rocks and leaves). Our plastic reality has forced us to reckon with its growing landmass and acknowledge that we are indeed, as much a part of the problem

*Durán, Alejandro. ‘Transcript of ‘How I Use Art to Tackle Plastic Pollution in Our Oceans.’  TED, 2019