Yees, Kerala is famous for the rich and vibrant temple paintings commonly known as murals. Touted as the world’s finest frescos, the Kerala murals found on the walls and ceilings of ancient palaces and places of worship are notable for their distinctive beauty, clarity, and symmetry.  The traditional folk art that dates back to seventh and eighth century AD is characterized by vivacious imagery, bold strokes, and vivid colours.

The murals with deep spiritual roots depict themes of Hindu mythology, epics, the classic frolics of Krishna as well as the mystic forms of Siva and Shakti. They also recount some legendary heroes of the bygone era. The expressions and illustrations on these large-scale wall paintings are portrayed with artistic brilliance and technical excellence. 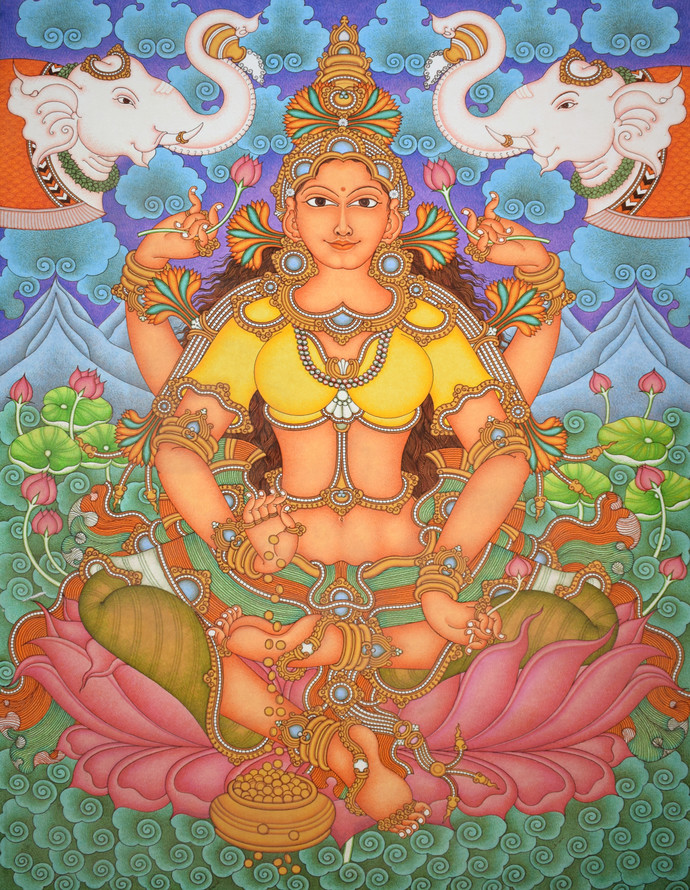 The traditional Kerala art is rendered using just five colours or Panchavarna (yellow, red, green, black and white) which are procured from natural sources. In fact, it is this strict adherence to the limited earthy palette that bestows the murals a distinctive look and appeal.

An interesting fact about Kerala murals is that the characters portrayed are given colors based on their virtues, like red is for power and wealth, white for mean creatures, green for divinity and black for demons. 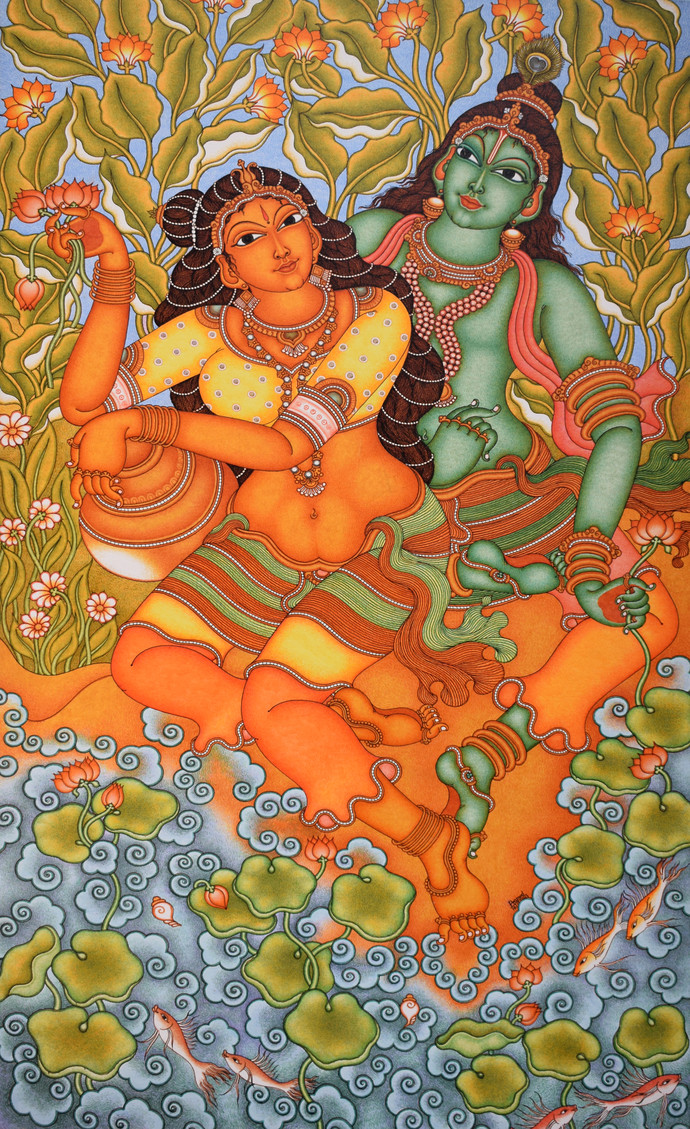 The ancient procedure of creating the murals was a tedious and time-consuming. The wall surface was painstakingly primed for several weeks with a mixture of limestone powder and tender coconut water before the artist could take up his brush and palette.

The art is typically defined in six stages namely Lekhya Karma, Rekha Karma, Varna Karma, Vartana Karma, Lekha Karma and Dvika Karma. The image is first sketched and then enhanced with outlines to give it dimension. Next, the voluminous figures of the murals are coloured and shaded to add depth and definition. The richly painted images are thereafter accentuated with black edging. The final stage involves coating the painting with pine resin for protection and a glossy look. 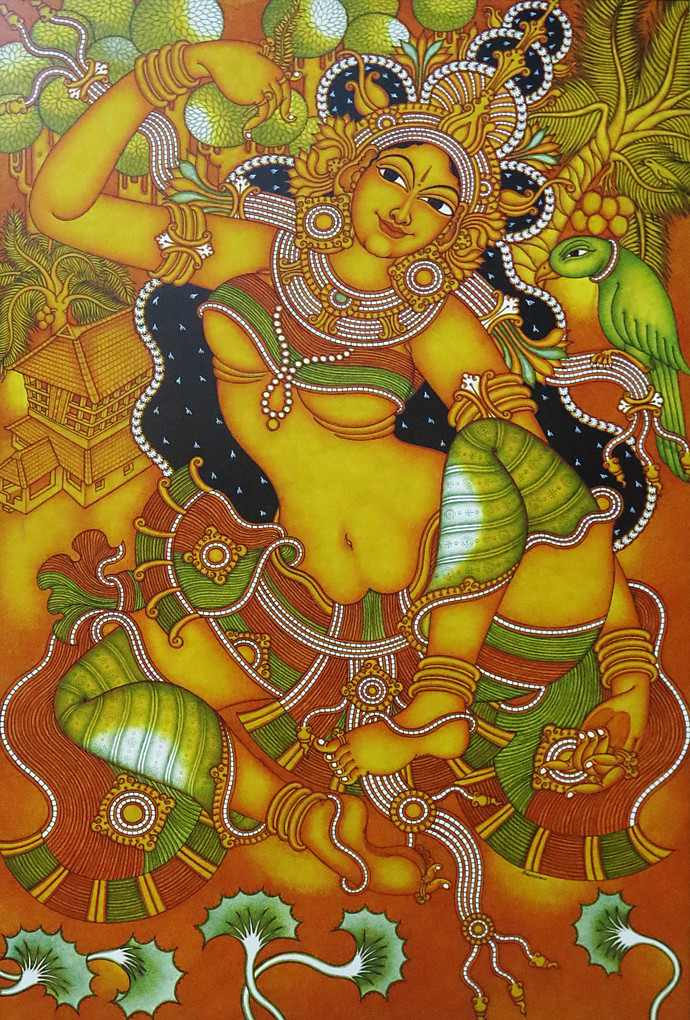 Modern times have brought many changes in the classical art. The huge mural paintings once found only on the walls of temples and palaces, now adorn public places, hotel lobbies, corporates and even homes of the elite. The current crop of artists has innovated and simplified the technique considerably.  These days Kerala murals are being executed on plywood, cloth, paper, asbestos and canvas which require little to no maintenance.