Kalighat Patachitro: A Documentation Of Society

Kalighat Pata is a thought-provoking specimen of how rural folk paintings of India has reinvented itself in an urban ambience. It flourished in a semi-urban setting around the temple area of Kalighat (Kolkata) in the early decades of the 19th century. 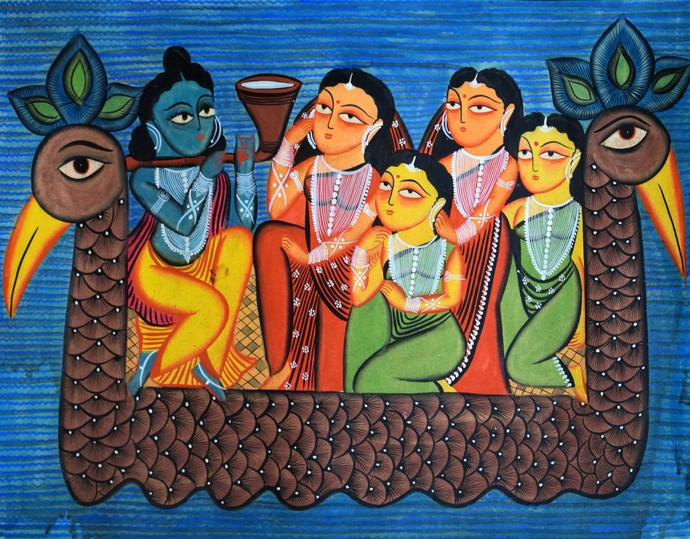 The commercialisation around this area made the rural artisans look out for better livelihood. Among them were the Patuas (painters’ community) who came from different districts of Bengal like Bardhaman, Nadia, Birbhum, Bankura and Medinipur. 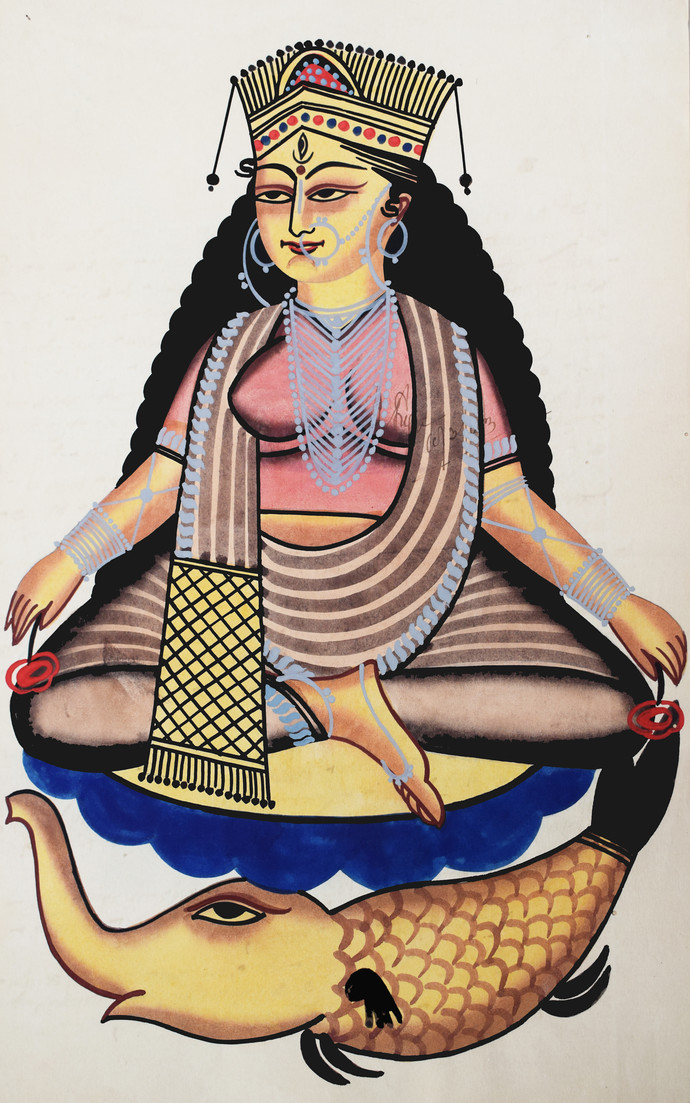 Kalighat paintings were mainly sold as items of religious souvenirs to the visitors of the Kali temple. It was thus obvious that the prime focus was given to religious and mythological characters. The paintings showcased depictions of Hindu gods and goddesses, episodes from epics like the Ramayana and Mahabharata, scenes from the life of Lord Krishna and other mythological characters. 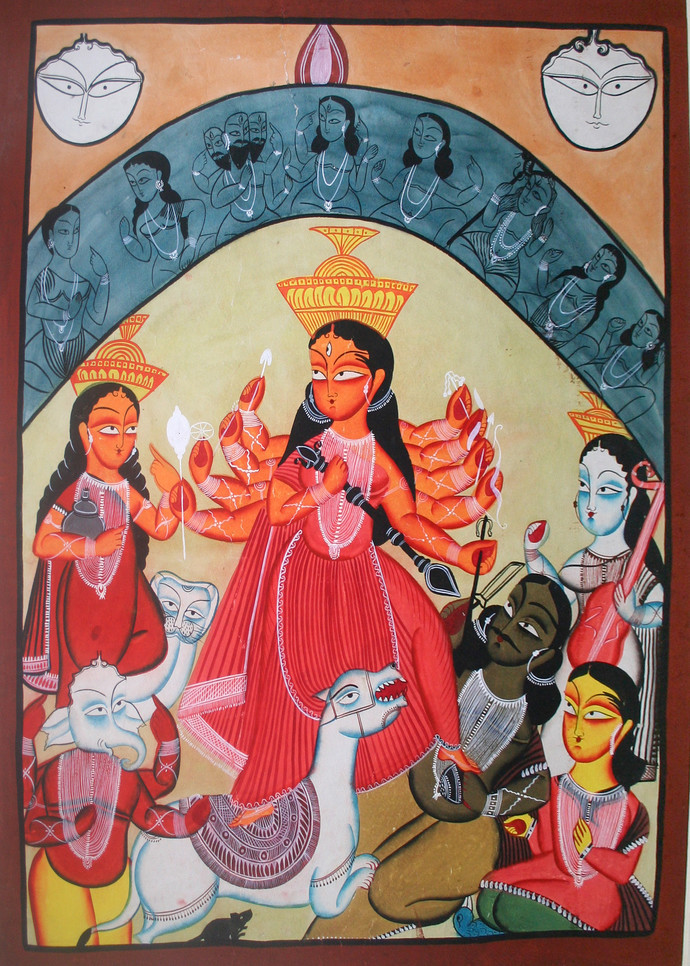 The rise of  the ‘Babu culture’ in the late eighteenth century was well envisaged sarcastically by the patuas in a series of Kalighat paintings where the ‘babus’ were exemplified as high-class rich gentlemen who were typically portrayed with oiled hair, holding the pleat of their dhotis in one hand and either chewing betel leaves or smoking a hukkah in the other hand and flirting with courtesans. Kalighat pata thus emerged as a major vehicle of social satire. Uprooted from their agrarian community these patuas keenly observed with an outsiders’ perspective the follies and foibles of urban social life and with a grim sense of humour, the urban folk artists painted the spirit of the time. The folk art of Kalighat also showed contemporary life scenes, events of political interest, social oddities, follies and foibles of people.

"Babu Bibi" In The Kitchen by Bhaskar Chitrakar

The Kalighat School of painting was possibly the first secular school of painting in India and was a mirror to the world of 19th century Calcutta. Today the practice of Kalighat paintings continue in the villages of Bengal where the rich traditions are proudly carried out by the patuas passed from the previous generations, with contemporary subjects and mediums.