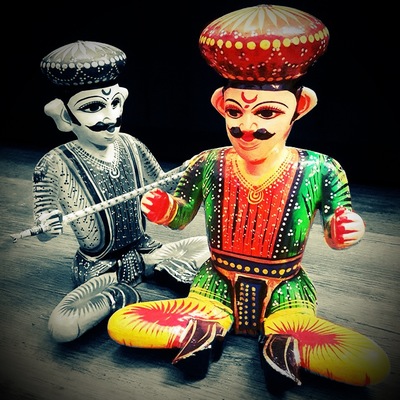 Kaushiki Agarwal from Varanasi was always attracted to wooden toys as a child. She gifted them to friends in school, who loved them. ‘I found that these handcrafted products were more cherished than the usual gifts like T-shirts,’ she said. After completing her MBA, Kaushiki was looking for something to do. At that time, a few retired corporate professionals became interested in reviving the entire woodcraft cluster of Varanasi. Kaushiki decided to join them. However, the project was eventually dropped. ‘By then we had done a lot of research, visited the artisans to know about their work and understand their requirements. I had gained enough knowledge to work independently on a segment of this industry,’ she explained. I bought a set of miniature red and green Russian dolls. Taking those dolls out and placing them inside became a happy activity. The dolls fitted impeccably inside each other as the largest stood firm on the ground. Perhaps, I was peeling off the layers of creativity in my young mind. The kitchen set, however, had disappointed me. I couldn’t fill the vessels with water or place them on the fire. 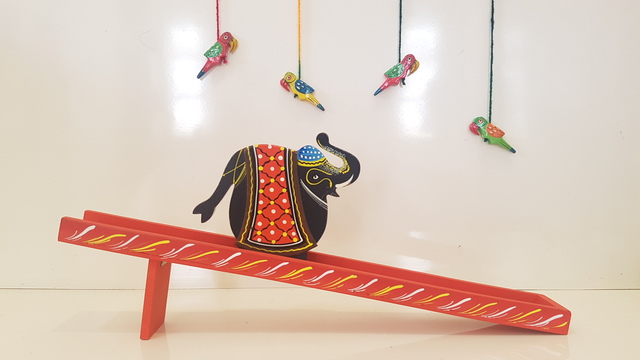 I remember nodding my head sadly as I found little use for the kitchen set. How I wished that day to be grown up and do something about it!

The craft of making wooden toys has no documentation, but Kaushiki believes it should be 2,000 years old. A similar craft is also practised in Jaipur and Udaipur, but it is believed that the craft belongs to Varanasi as many artisans migrated to Rajasthan from here, taking the craft with them. This craft is passed down from generation to generation and carried out as a family, where members specialise in different elements of the craft like cutting or painting of the wood. 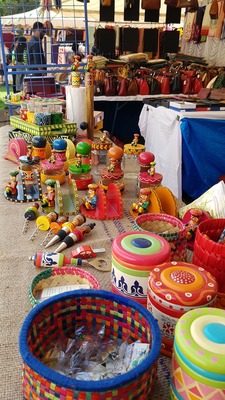 Any craft or art cannot exist without a so-called ‘mistake’, nor is it confined by the rules of mankind. It follows its own unexplored thought process, shimmering in an elusive comprehension that eventually leads to a form. It flows like a ripple in the ocean, rising and falling to find joy, identity, purpose and existence by revelling in mysterious spaces, like fish exploring the unknown layers of the ocean. It is said that ideas wander around to find someone to help them transform into reality. Perhaps, that’s what happened when Kaushiki decided to launch ‘Lattu’ in 2016. She identified three artisan families who were open to experimenting with new ideas to modernise the designs and helped them create designs with a strong utilitarian emphasis. Kaushiki chose the name ‘Lattu’ as it is the signature product of woodwork from Varanasi. These products are crafted with broken and dead wood sourced from local trees like ‘Haldu’, ‘Guler’ and Eucalyptus. Non-toxic water-based colours are used to paint and the final coat is done with an organic food-safe resin. The process is sustainable and eco-friendly. Today, the artisans associated with Lattu have been able to build a new future and become financially stable. Lattu now sells tableware, cutlery, coasters and coat hangers. It is about taking the plunge, so the art and the artist both evolve, not in spite of their flaws, but because of them. My childhood yearning to utilise the bright kitchen utensils in a real way has now became possible.