Ancient legends and sacred oral traditions of Hungary come to life in the hugely popular ‘Hungarian Folktales’ series on YouTube. We speak to Ferenc Mikulás, one of the creative minds behind this ingenious production 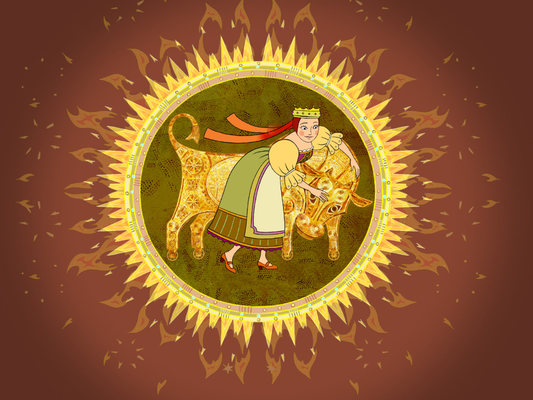 From the folktale The Golden Calf. All Images Courtesy of Ferenc Mikulás (Producer) and Marcell Jankovics (Animator).

What are some of the most significant symbols we should know of in Hungarian folktales?
Folktales were invented by adults, for adults. Stories of these tales are symbolic, involving our entire personality as they contain life as a whole. Hungarian folktales have a primordial force, setting forces of creation into motion.
Several ornamental motifs from Hungarian folk art were used in the visual imagery of the series. A few examples: Floral motifs represent fertility, family and femininity, and they often keep away curses or ill forces. Round-shaped flowers symbolise wholeness, while chalice-shaped ones represent feminine energies. Heart often appears as a symbol of love, the dove as a symbol of human soul or peace. The depiction of animals and planets also carries a special meaning. The greatest success in Hungarian Folktales’ visual identity was the floral motif in the introductory title. Not only was the music a successful element, but also the floral motif coming out of the bird’s mouth. The motif has been used several times for other products as an aftermath for our series. This can be explained through the ‘migration’ of folk tales being inherited from generation to generation, without borders. As the Hungarian poet János Arany said: ‘The lark’s aloft from bough to bough / the song is passed from lip to lip.’ 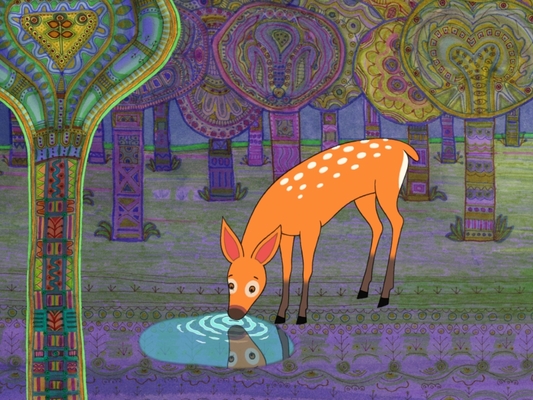 From the folktale The Fairy from the Oak Tree. All Images Courtesy of Ferenc Mikulás (Producer) and Marcell Jankovics (Animator).

How did the idea for this Youtube channel come about? Was there a particular reason you felt the need for Hungarian folktales to reach a wider audience?
Since the beginning of the series’ production, many foreign television channels purchased seasons of the series, and we thought of using the possibilities of modern visual communication. The first online release of the series was in Hungarian, then came the English-dubbed version. Of course our decision was influenced by knowing that we were not just only completing a mission – we were conveying Hungarian culture to the world, with also income for our studio. 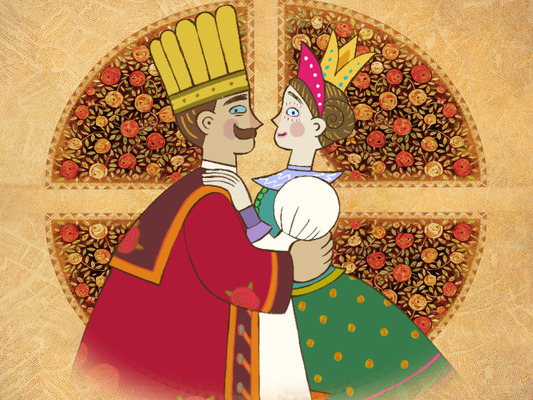 From the folktale The Little Swineherd. All Images Courtesy of Ferenc Mikulás (Producer) and Marcell Jankovics (Animator).

How gratifying has it been to keep this going?
The number of views, and the fact that the series attract viewers from every corner of the world, motivates us to sustain and survey the afterlife of the series. We have 98 million views from 170 countries so far.

What are some of the challenges you face in translating the stories, keeping in mind its cultural essence within a global context?
We used original folklore collections that still retain the archaic beauty of the Hungarian language. We also found a Hungarian actor who was able to tell these tales in a vivid and powerful way. For the English translation, we had to work towards delivering the essence and folkloric expressions of the Hungarian language, and to also find an English voice actor who could speak in nearly the same tone as the Hungarian narrator. 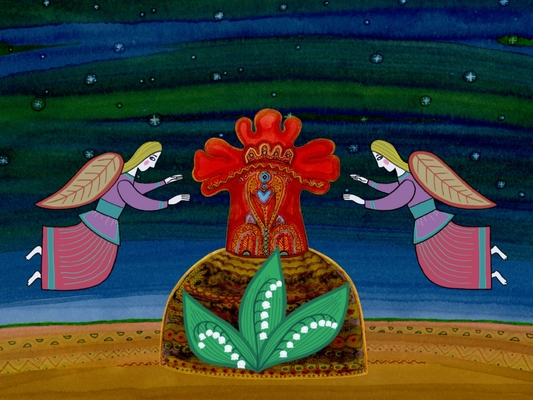 From the folktale Tiny Tom and the Lily Princess. All Images Courtesy of Ferenc Mikulás (Producer) and Marcell Jankovics (Animator).