How do I Draw Thee?

What’s in a number? A lot, it would seem, especially when we are dealing with the people-pleasing number 5 in our newly launched humour column 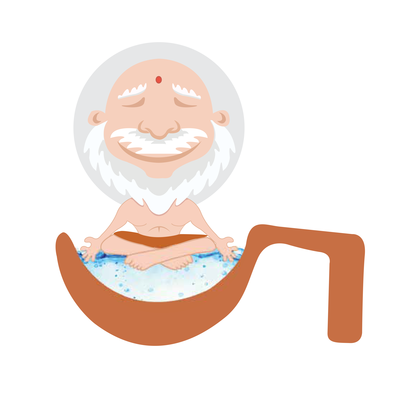 Five’s an odd number. That’s not just in that ‘duh-of-course-it-is’ mathematical sense. Five is the launch-pad number. Five is when an organisation that’s been running the race the second the starting pistol goes off, pauses for a breath. Five is when children start to ask ‘why’ questions that send parents to Google more often than they don’t. Why, 5 a.m. seems like the time one should aim to wake up to make the jump from regular to extraordinary.

But make no mistake, five is not as simple as all that. It is a devious number, surreptitiously hiding beneath its friendly multiples that repeat faithfully like Warhol patterns.

Take five’s form, for example. The rest of the digits are like a bestseller’s plot points, delivering what they promise from the get-go. Zero, one and three commit to one of the two – lines or curves – and stick to them.

On paper, ‘2’ seems like it’s bucking the trend, but on closer scrutiny, its seeming unpredictability is rooted in balance (and perhaps a strong sense of the Laws of Physics). Two’s base acts as a ballast to its curvy and unstable hook – in effect, rendering the number the equivalent of a forty-plus salaried employee setting aside enough savings to last her to the end of her life. The ones following five are no different. They stick to the line-curve binary, supremely smug in their balance. I submit that five is the impish rogue number: that seemingly obedient cousin who showed you your first Debonair; the front-bencher friend who introduced you to smoking. Five teaches us to live dangerously, and that’s it is okay to not follow the crowd. If I am allowed a bit of hyperbole, I would say it is the number that reflects life and its complexities in all its glory. For when you start writing the number, you realise it’s going along a set path. For all intents and purposes, it should create a closed figure, a rectangle within which one could spend eternity, content and safe in its symmetric envelope. Instead, five throws a curveball at you. You don’t complete the rectangle, for a neat boxed-in figure; instead, you work towards a half-curve, half-line figure that is open-ended (at both ends). It’s the letter S gone crazy, trying to break the shackles of the line-curve binary that seems to afflict the numeric world.

If that seems like a bit of a stretch, consider the Devanagari equivalent of the number: ५.

What does that look like, if not 4? So school children remain confused, and Hindi numbers don’t, in any case, endear themselves to learners with their weird names for numbers ending in nine. If children across the country (sans Tamil Nadu, of course), traumatised by this apparent dissonance, were to look past its easy multiples and identify the sneakiest number they knew, surely they would point to five?

Read More: The Close Connection Between Art And Nature