How Do Artists Play A Role In The Development Of Science & Technology?

A general narrative of science and technology shows no relation with art or artists. Moreover, both these worlds are considered to be completely different from each other and seem to have nothing in common. But very few acknowledge or understand that there is a common desire to detect a world beyond appearances, a world that can be achieved through human effort. Also, one might find it fascinating to know that artists over time have found a range of interests in science & technology. To begin with, during the European Renaissance, when knowledge of even our own body was scarce, artists played a role in helping populate a common imagination of it (we have multiple records and stories of artists from this period visiting morgues and hospitals). They have gone further to give a form to our collective imagination of futuristic technologies as well. The drawings of Leonardo da Vinci immediately come to mind as they have been dispersed so widely in the popular media.  But numerous artists (all around the world and of a varying degree of fame) have done this after Leonardo and have developed a fascination with different cultural and scientific narratives. 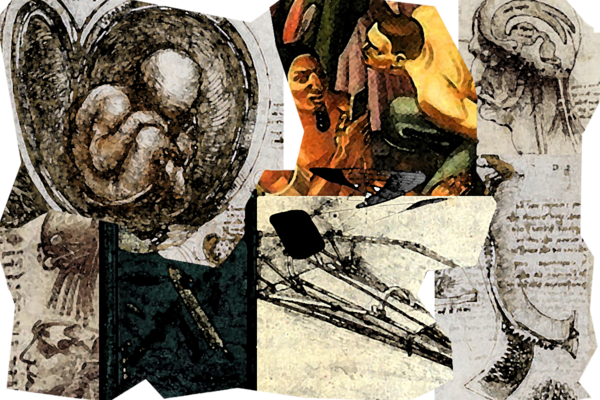 Fragments of works by Leonardo Da Vinci (sketchbooks), Umberto Romano (“Mr Pynchon and the settling of Springfield”) and Jules Verne (“From the Earth to the Moon”)

How is this fascination to be explained? Why do artist feel drawn to give forms to the unimagined? And what social role does this phenomenon play?

Disciplines which entirely operate within the bounds of rationality like science and engineering are limited by the factual information that actually exists to give a form to their ideas. They are not able to create fiction as easily as others as they feel committed to the “rigour and training” of their field.

This is where artists come in. The word artist here includes poets as well as novelists, painters and filmmakers. All these disciplinary roles possess a capacity to combine their personal vision with tangential extrapolations of factual information. Artists have come to treat this quality of extrapolation as an ordinary act that they perform every day.

Often this extrapolation has a prophetic quality that is not easily explainable. This is usually performed from an analysis of popular culture as well as the latent desires it reflects.  As people intensely engaged in the act of creation, artists have a special insight into popular desire and the eventualities that our choices lead us to.

From the earliest period in history known to humans, curiosity and desire for play (or “artifice for survival”) have brought development of different forms and shapes to a range of materials. This has contributed a lot to our understanding of the basic properties of matter. For example, the artistic desire to mould clay, scrape and chisel stones into imagined forms have taught us a lot about the physical properties of these naturally occurring materials. This knowledge has again helped us in working with these materials in more versatile ways. In fact, even the fireworks used for celebration have inspired scientists to do experiments with chemicals in many forms.

Science is a relatively new creation of the human intellect. Before science started suggesting and responding to our civilisational search for meaning, our approach was essentially holistic. Art has always played a critical role in this holistic approach by transforming philosophies and myths into culturally accessible forms.

Artists end up giving material to scientists for further study as they prototype possibilities and pose questions. Science fiction (both in cinema and in literature) is a good example of this process. Storytellers and Filmmakers speculate on the basis of their reading of popular desire and put together visions of imaginary worlds that seem plausible. These narratives charge the popular imagination and come to symbolise aspects of the future for people in general. Scientists, engineers and entrepreneurs draw from this pool of symbols as they get a sense of what people want as well as what they can focus on actually making. Instant Messaging, 3D Printers, iPad, Google Glass, Flip Phones, Face Recognition… have all been imagined in science fiction first and then have later become a reality too. A quick Google search will lead you to the science fiction work that has inspired these cultural artefacts that have become essentials for us today.

We see innovation as a two-part process that includes both artistic imagination and science and technology experiments in equal measure. Innovation is not something that is possible as a unilateral problem-solving approach.

The arts and the sciences have a complementary nature. It is important to understand that both are ways of dealing with our experiences and lift our lives from drudgery to one that is many degrees more complex and fulfilling.

But, what we see around us today is that the first part of this process - artists and their imagination - is under-valued and under-invested in as a result. The common belief is that just the second part of this process - the geeks, the hackers, the science and technology professionals - is enough. Technology, as a social force is something that we see as a capacity that is both valued and considered investment-worthy in our society. So, our educational institutions, our venture capital funds, our incubators are all focusing on technology as something that will deliver us to the future. But, this is clearly not true. 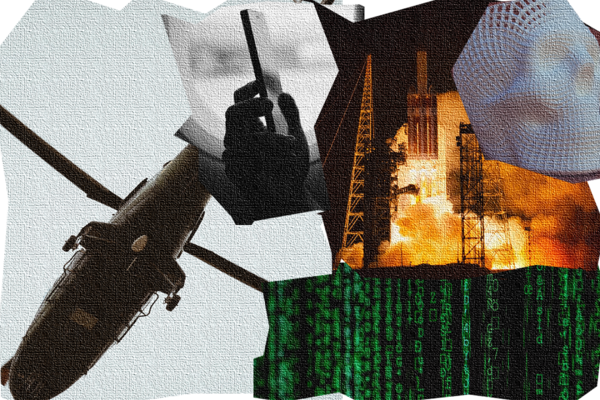 Both these communities of people and their practices ought to go through a period of parallel growth. They are both equally important for the innovative capacity and potential of a nation. Economies that have been able to invest in both these communities on a parallel basis (and these are rare) have healthy and living cycles of innovation.

In Scandinavian countries and many aboriginal and tribal cultures, this balance can be seen.

In India, an understanding of this cycle (the constant exchange between the art and the sciences) is absent. Some progressive forms of art have started emerging in our collective public life (e.g. street art, residencies and exhibitions in alternative settings, the emergence of the artist as a public intellectual…). But, we have still not managed to articulate for ourselves a specific and localised value of the arts for society. And this has a massive cultural impact:

The artist’s community in India is not thought to be significant in any form in the context of the economic policies, objectives and plans that the country follows. This is primarily because of a lack of understanding at the systemic level about how the arts and the sciences work in a closely linked cycle to lead to innovation in any form.

The numerous artist’s communities and institutions in India do not receive any special support and are not driven by any clear vision or strategy.

There is no commonly agreed-upon way of valuing artists’ work (in all the myriad forms it takes). So, the value of the entities in the artistic eco-system is determined on the basis of its linkages with extrinsic factors.

When diplomatic meetings are staged, more often than not they play out against the backdrop of an artistic event. This is because displaying one’s heritage demonstrates one’s resilience, the depth of one’s roots and a kind of soft power. This soft-power of art is an under-utilised and under-contextualised aspect of art’s potential.

(Prayas has worked as an artist, writer and teacher across the last 15 years. His research interests have been systems, design thinking, technology and language and Priyamvada has studied architecture and is presently engaged with developing and prototyping different kinds of spatial systems.)

Also Read: How To Make A Falling-Tree Stand: Classroom Epilogues