Blurb: Artist Tara Kelton’s practice gives us a peek into the absurdity often defining our world while effortlessly juggling human responses with mechanised realities. Edited excerpts from the interview. 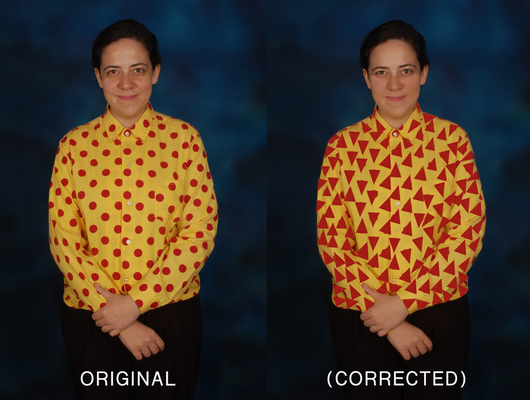 Your art practice investigates the relationship between humans and machines. What, in your experience as an artist, is truer about technology – is it creating connections or distances?

My relationship with technology has changed considerably in the past decade; it has become more complicated, and much darker. I grew up reading a lot of science fiction. As a child I was obsessed with and excited about the future – but then the future arrived, and it was a lot more horrifying than I expected, and much closer to dystopian than I think anyone would have imagined. Centralised systems of power, mass surveillance and the end of privacy, artificially intelligent autonomous robots, genetic engineering, election-hacking, fake news…all while humanity spends its days making cat memes and playing with fidget spinners! Lately, I am also experiencing a kind of ‘digital fatigue’ and I think a lot of people are feeling this way. You can see the trend towards nostalgia, in old-world typewriters and urban farming! And, I find myself turning to more traditional forms like drawing, as a respite.

Given that most of your work is experimental, in a sense, is the outcome completely unpredictable for you as the creator, or is the unpredictability more in the realm of the viewer?

The experiments are definitely something I do for myself; they are what keep me excited about producing work. I think of my projects as computer programs, where I set up rules (or algorithms) that result in unpredictable outcomes. Or sometimes they are closer to science projects, where I have a hypothesis, and I am doing the project just to find out if something will work or not. On the occasions where the experiment can be run in real-time (like in Autoportrait), the viewer does get to share the experience with me, where the output is being randomly generated while the work is on display.

While these experiments are designed to have unpredictable outcomes, the way the instructions are written can greatly vary the nature of the output, and that is where I think the authorship comes in – the rules (and the level of control) can be tightened and loosened, and I still have to make careful, intentional decisions, modifying the rules as I go to achieve the best results. So, I think the unpredictability lies more in my experience than in that of the viewer!

Tara Kelton, Time Travel, Video, 10m53s, 2009 (video still). Using a video camera, a rewire cable and a laptop, the artist attempted time travel on a train from Bengaluru to Bangarapet. She placed a video camera at the front of a train car, facing out the door. Live video feed was sent from the camera to the laptop, which sat in front of a second door at the back of the train car. When viewing the laptop she was able to see approximately 1/10th of a second into the “future”.

Humour and satire are used as a method for criticality in your work. Would you agree that the predisposed mind of the viewer based on the cultural experiences form an integral part of how the work is interpreted?

I do not believe humour is that culturally specific – I think humour is human and universal. If anything, I think the connectivity of our present era is a homogenising force and is causing culture to converge – and that there is frequently more of a divide between people who do not have access to certain media/the Internet and those who do, or between rural and urban spaces, than there is between nations. While I do travel across cultures, most of what I reference is understood in the spaces it occupies.  It is something I am always conscious of though, probably because I have spent a lot of time moving between places, and I do attempt to make my work have at least one reading that is accessible to anyone, regardless of the context.

Humour is a way for me to get people to enter the work, and it allows me to take a critical position without being overly didactic. And, it is also a kind of defence, a protective coating – I belong to the ‘irony’ generation. We are uncomfortable with being too sincere. I think we perceive too much sincerity as falsehood, unfortunately! I would like to try being sincere sometime, as an experiment… and even that sounds sarcastic.