Down The Road Of Stories 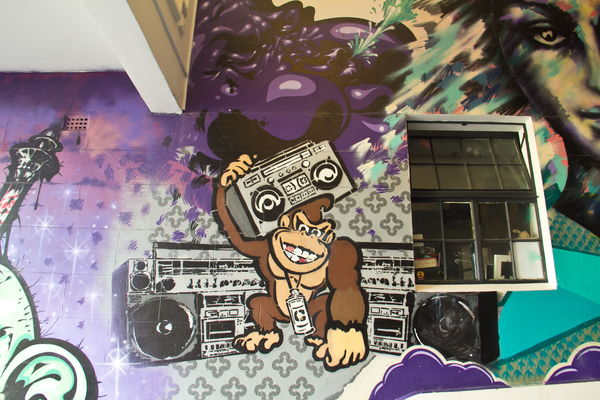 As a travel writer, a measured pace of discovery when visiting a new town is hardly a virtue I can tout. Instead, I cannot wait to be let in on the local scene – be it food, music, hippest pubs, most-legged hikes, or places that only discerning travellers frequent without a worry of holidaying hordes. The only way to speed up deciphering the true character of a city is to latch on to a local who calls it his or her home.

Fortunately for me, when I arrived in Auckland, I met Paul Walsh, a graffiti artist who agreed to walk down the oldest thoroughfare in the city – Karangahape, or simply K-Road. The two-hour stroll revealed an unpretentious city, honest to its muddled Polynesian heritage that has been overtaken by the rapid march of development. But one that hasn’t lost its striking character. Our prism was the unsaid graffiti-hood of Auckland – K-Road – a colourful recap of the city’s last few decades. 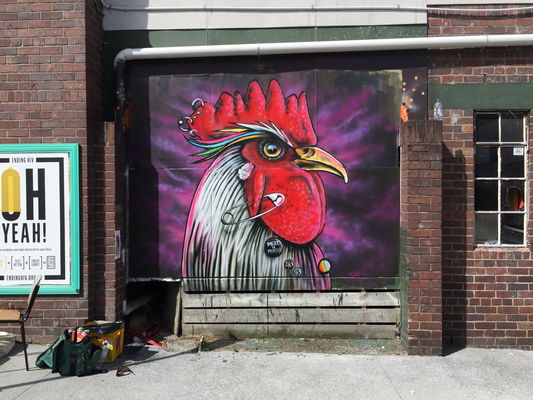 We met at the St. Kevin’s Arcade on Karangahape Road, a seemingly innocuous start to the walk. I was expecting a dingy street with a decided ramshackle seediness about it but the arcade was an insipid building with modest restaurants, pharmacies and tailoring shops. It was only when we walked down to the steps of the basement that the foot-to-ceiling wall of bold colours excited the eyes. Paul explained that the genesis of Auckland’s graffiti scene was never wedged in the dark anguished backdrop that melded with the hip-hop culture of the 80s. It was simply the voice of a few artists in tight groups who moored their artistic expression on these walls. The relationship between the city, the artists and the breed of taggers that comes in the wake of graffiti has had its ups and downs. ‘Taggers’, he explained, ‘are an incorrigible bunch of youngsters who deface the graffiti by writing or scratching on it’. The relationship of both illegal activities is a tenuous one.

What we were going to stroll through was the work of some of the prevailing artists like Owen Dippie, Askew New (Elliot O’Donnell), Flox (Hayley King), DEUS (Elliot Francs Stewart) and GASP (Liam Hindlsey) who had started as graffiti bombers but have graduated to become respected and awarded artists, with their own studios and commissioned work. Apart from them, works of world acclaimed graffiti crews, Cut Collective and TND (The Most Dedicated, or back in the day The Most Dangerous), appeared first. Paul initiated me into the artistic nuances, explaining how use of stencils and word-based designs that once held sway on the scene had now transitioned to art and characters – more accepted by the public. It’s a handful of artists like Component (Sparrow Philips), once part of the Cut Collective, who still use stencils. It helps in finishing complicated pieces neatly and quickly. Entranced by his bold work in stencil, complemented by freehand designs by Enforce1 (Garry Wong) and Trustme (Ross Liew), we spent a couple of minutes absorbing the sprawl of colour, in silence.

Read More: Celebrating The Beauty Of Fatherhood Through Art