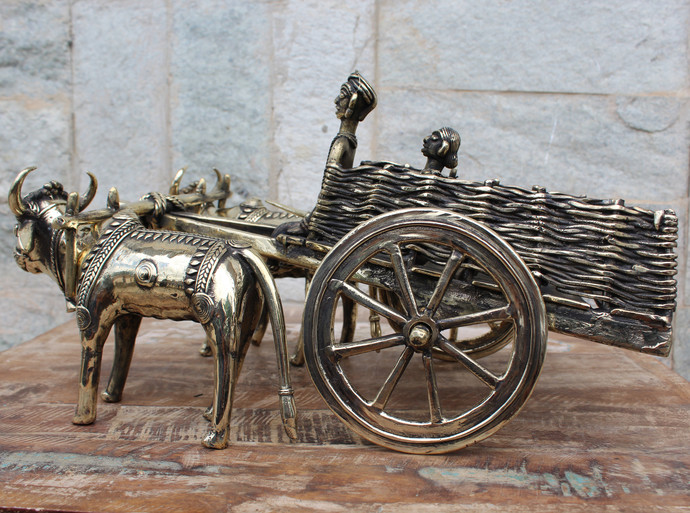 The antique looking handcrafted objects of Dhokra with their golden finish are amongst the popular crafts available today. The rustic look of Dhokra makes them extremely striking and appealing. Dhokra Craft uses the traditional method of lost wax process of metal casting, which goes back 4000 years. The same technique has been found in objects from the Harappan Age as well. The name Dhokra is coined after the tribe of Dhokra Damar, who are settled in the central part of India (the regions of Jharkhand, West Bengal, Bihar Orissa and Chhatisgarh). The Bastar region of Chhattisgarh is the most important centre of Dhokra Craft. 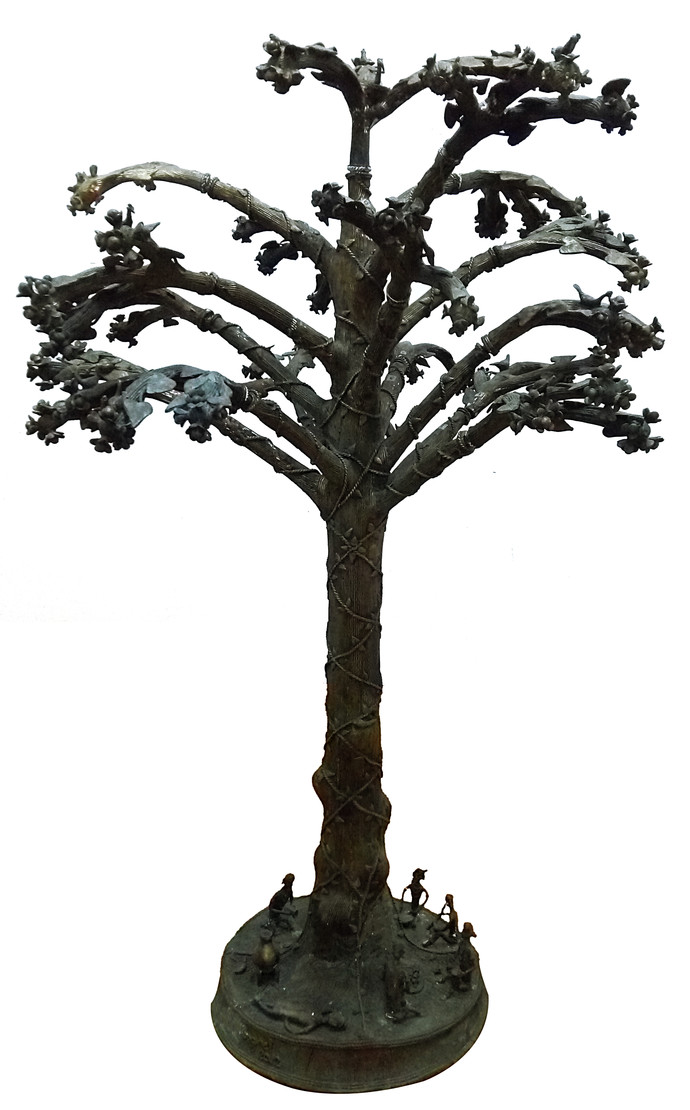 Tree Of Life by Jaidev Baghel

Dhokra has survived the test of time due to the changing socio-economic conditions of craftsmen. The adverse living conditions did not deter the artisans from showcasing their skills as they replaced bell metal with scrap metal gradually. 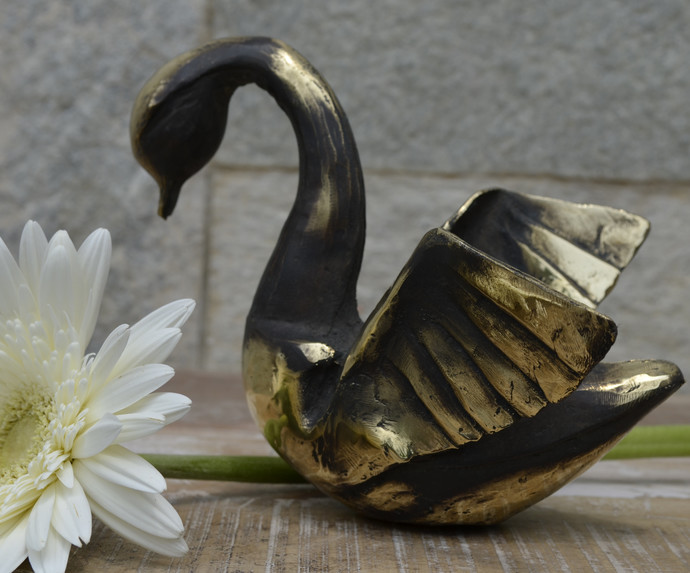 A complete finished product involves thirteen processes. The products are made either in hollow casting or solid casting. The process includes modelling in beeswax, followed by moulding in clay. Once the clay mould dries up, it is de-waxed and the molten metal is poured into the mould. The metal consequently takes the shape of the mould and solidifies. Upon solidification, the clay mould is broken and the metal product is given a finishing touch of dull gold or black paint. Thin hands, legs and a slender body are the characteristics of a typical Dhokra figurine. The beauty of Dhokra lies in its imperfection. 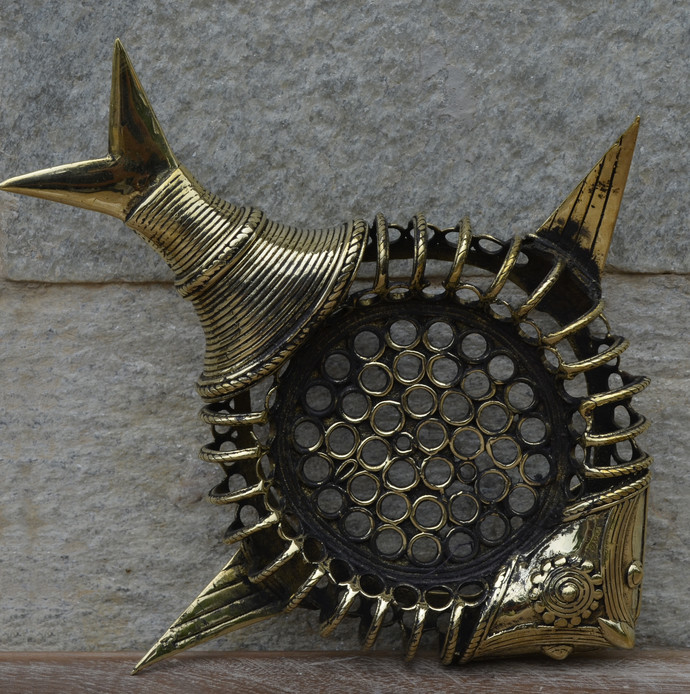 Dhokra craft doesn’t use any advanced technology and the objects are entirely handcrafted. The craftsmen use their intensive imagination and creativity in making each item. Though the objects appear quite similar, not a single one is replicated. The artists traditionally used the technique to create ritualistic artefacts but over time, they have expanded their product range. The craft is inspired by the tribal lifestyle, figurines of birds, animals, trees, mythological deities and more. Utilitarian objects like combs, lamps, bowls and cups are also made. Dhokra Jewellery is also a popular trend in recent times. 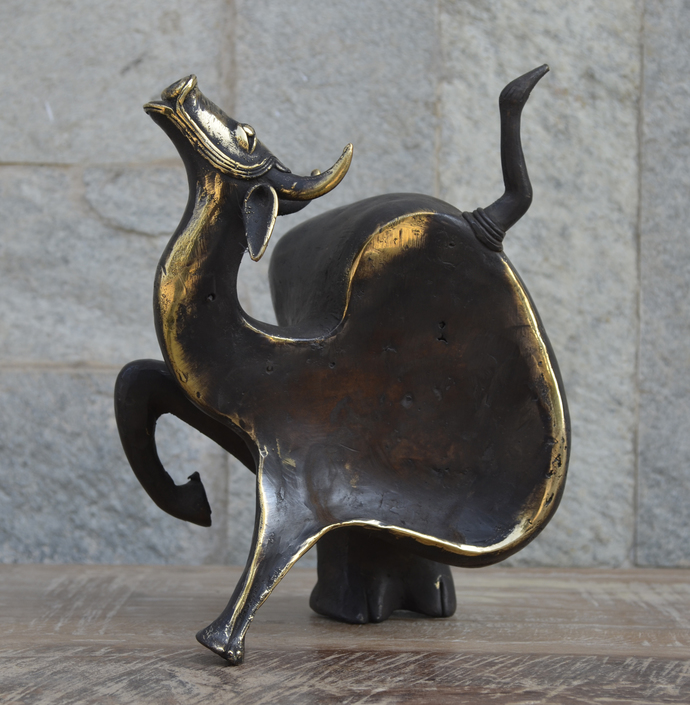 The ancient science combined with tribal simplicity, skill and creativity of the craftsmen results in these amazing creations. Unfortunately, the extremely time-consuming procedure, expensive raw material and limited craftsmen have caused a steep decline in the availability of Dhokra products. 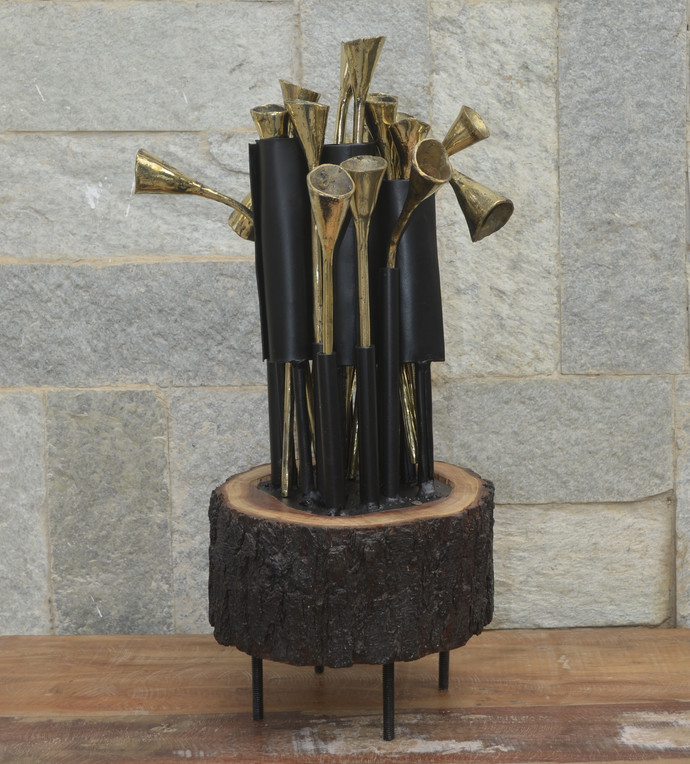