With roots dating well back into the 18th and 19th centuries, Modern art is known to have sprung up during the Industrial Revolution. As the world was rapidly changing and developing in terms of transportation and technology, art too began to be perceived differently. People ventured out into unknown territories, which changed their perspectives on life and art.

Before the electric light of the 19th century brightened their lives, artists were usually only summoned by the wealthy or the church. Church art depicted scenes from the holy book while the wealthy class indulged in self love by having their portraits drawn. The Industrial Revolution gave rise to an overwhelming exchange of ideas, expanding the creative horizon that manifested into stunning pieces of art. 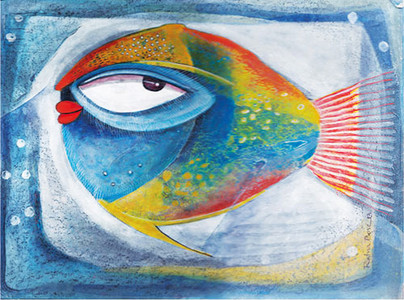 Psychology evolved and influenced art. Sigmund Freud’s theory about the subconscious mind also gave rise to exploration of dreams, and symbols. Even daily activities become a source of inspiration. Artists had begun to realize the potential in symbolic interpretation of the world and soon enough the Industrial Revolution gave rise to a parallel art revolution of its own. In the truest spirit of experimentation, the traditional art elements were replaced with bolder, modern ones bringing a new confidence and structure in painting. A cut away from realism, modern artists begun trials with eccentric colors and patterns to create intricate designs which, introduced a new perspective on the perception and description of the world. This unexpected modern turn of events soon became stronger and more and more artists joined the current to explore the waters of what is called today Modern Art.

Modern Art spread through paintings and sculptures, weaving its way to art lovers’ hearts in due course. Like every other great change, this was met with some resistance- A resistance that slowly melted away in beautiful colors of freedom.