Blurb:Vasudhendra’s ‘Mohanaswamy’ and Thich Nhat Hanh’s ‘Silence’ each carry with it a different facet of silence and creativity. Edited excerpts from the story. 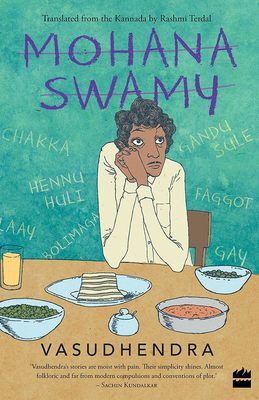 There are two distinct types of silences, and both can be springboards for artistic creativity. One is the repressed silence of the silenced – an involuntary silence. This is the terrain of silence in Mohanaswamy by Vasudhendra.  Mohanaswamy is a deeply felt book, founded, we are told, in the author’s own experiences. It is a journey from being silenced to finding a voice, a creative expression and liberation. Growing up, Vasudhendra was ‘silenced’ by his sexual orientation, which, while totally natural to him, was in obvious conflict with the expectations of his family and the structures and beliefs of a traditional heterosexual society, where, even today, a 19th century British law on homosexuality prevails. We see how this young, sensitive and sensual man is pushed into a hurtful, oppressive silence and has to deal with a bottling-up of desires, dreams, freedom and self-worth. And then, in an act of literary expression, the author shares his journey of coming out. It is quite literally a breaking of silence by finding his voice through writing.

Here is a passage when Mohanaswamy discovers his live-in lover Karthik has decided to abandon him to marry a beautiful girl in Mumbai. A heartbroken Mohanaswamy is talking to Krishna, whose idol he keeps and often turns to for solace:

Well, you are not going to help me, right? Let it be. I know you only enjoy playing your useless flute all the time. I shall find a solution to my pain. Look at this knife, this glistening knife. How it cuts deep into my thumb, a part of my body, which is your own very creation. Look here, Krishna, how the blood is oozing out. My blood is also red like Karthik’s, let there be no doubt about it. You still don’t believe me? Okay, I will anoint you with my blood. Until now, you have bathed only in milk, curd and honey. Today you will taste blood. But even that isn’t new to you. You have bathed in blood before, every time you take birth on this earth, on the pretext of annihilating miscreants. You have lived as ten avatars and I know you are quite proud. Now I believe you are all eager to take your eleventh incarnation. If so, I will give you a curse. Accept it… 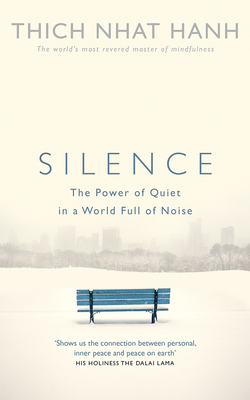 In your eleventh avatar, you will take birth like me. Yes, like me, a faint-hearted creature, a weakling. You have enjoyed sixteen thousand women before. Now, you will know how painful it is to be in a position where no one desires you. In this avatar, when you are too weak to raise your hand on anyone, I will see how you annihilate wrong-doers. You will be a worm in the eyes of others. Just like me. And you will suffer your pain in silence. Just like me.

I found this book to be an excellent example of creating art in the burning crucible of the silence of the silenced. It was originally written in Kannada, and is admirably translated by Rashmi Terdal.

The second kind of silence is the voluntary silence cultivated by meditators – the silence of the quietened inner mind. Thich Nhat Hanh is a much respected and loved Vietnamese Zen monk who has been a meditation teacher and spiritual guide to thousands. He embodies the silence of a mind that is vast, deep and still. He has written many books on mindfulness meditation as a way to quieten the mind and bring attention to the present moment. His skilled teachings in the Buddhist tradition have helped many to untangle and silence the mind. This is a path of discovering the inherent spaciousness of awareness, and developing the powers within a supple and focused mind. It is also a way to a silence that is beautiful.

Silence doesn’t just mean not talking. Most of the noise we experience is the busy chatter inside our own head. We think and rethink, around and around in circles.

Thich Nhat Hanh points to the importance of living in alignment with our deepest desires. He tells us that most of us rarely consider these two important questions: Am I doing what I most want to do with my life? Do I even know what that is? We don’t know because the noise in our heads and the noise all around us drowns out the “still, small voice” within that could guide us. He urges silence in the mind so that we can hear that voice and know our deepest desires. And this, in a way, is the tenor of Vasudhendra’s journey in Mohanaswamy, too – of getting in touch and aligning his life with his deepest desires.

Shakti Maira is an artist and writer based in New Delhi.