Celebrate This Durga Puja With An Artful Portrayal Of Goddess Durga

Durga puja is the celebration of Goddess Durga and her incarnations. Durga is called by different names in different places and avatars. In the ancient texts, the goddess was born from the powers of the triumvirate -Brahma, Vishnu and Shiva. She is a manifestation of all three powers put together. The collective energy was created to defeat a powerful demon, Mahishasura. In the celebration of the Devi, the streets are bustling with festivities. Art is a unique way to celebrate this festive season. Here are some artists who celebrate the glory, divinity and energy of the goddess. Explore through our exclusive home page curation to buy artworks on the Goddess Durga. Let the blessings and charm of the goddess fill your hearts through these celestial artworks. 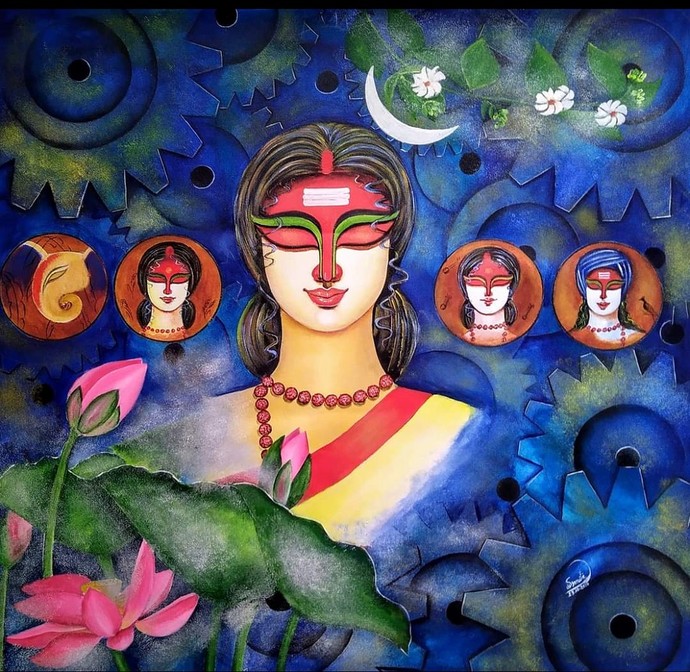 Susmita Mandal evokes the nuances of sensibility and culture through her vibrant colour choice and elegant strokes. The calming vignette is a portrayal of the goddess with her children. The artwork is titled ‘Amar Durga’ meaning ‘Your Durga, My Durga’. 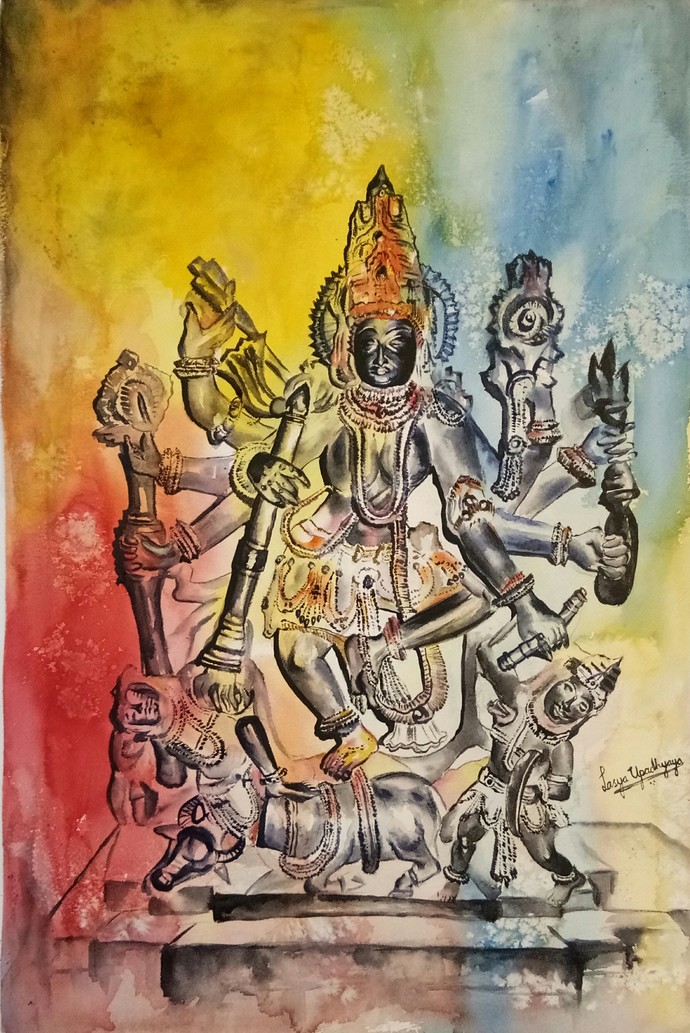 Durga also called Mahishasura Martini is considered greater and powerful than the trinity gods. She is seen as the creator and protector of the universe. She is also the destroyer of evil. Lasya Upadhyaya’s artwork is a portrayal of the goddess in the course of destroying the demon Mahishasura(evil). She is depicted with eight hands with weapons to destroy the evil. 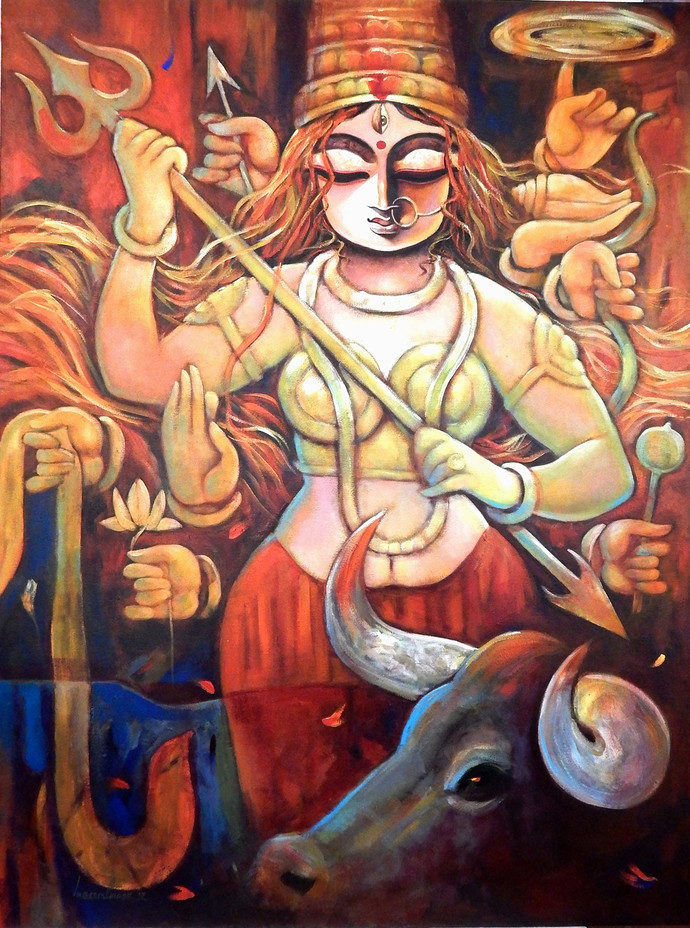 Subrata Gosh’s portrayal of the goddess is heavenly and charming. The artwork is radiant, tranquil and idyllic. The goddess is seen meditative with untamed passion and calm composure. The background reflects the lucid nature of Shakti where she is undisturbed by the external chaos. The artwork leaves the viewer immersed in the divine aura of the goddess. 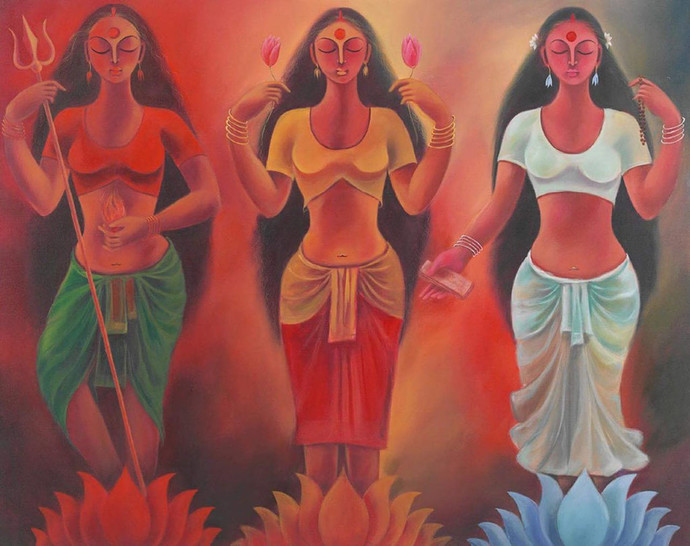 Durga is also celebrated as the feminine power. She is the embodiment and celebration of knowledge, fertility, wealth and power. They are connected with creation, sustenance and destruction. This artwork by Manisha Raju portrays the triads in their meditative posture. This artwork is the best choice for your meditative spaces.