Cave Paintings Are The Early Evidence Of Man’s Artistry 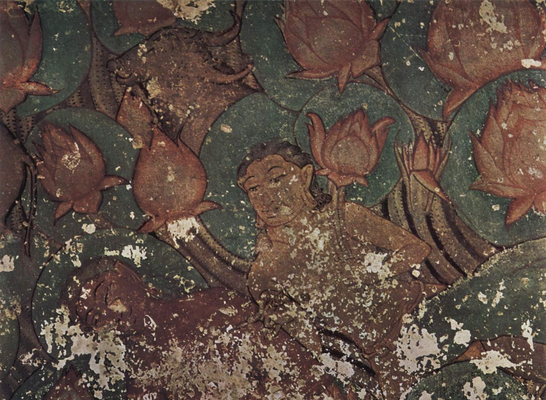 Painting on the roof of the Sittanvasal Cave Image credit: Wikipedia.org

These paintings usually date back to prehistoric times. It is a type of parietal art that is more than 45,500 years old. Cave paintings found are of three types- petroglyph(carved on the rock surface), pictographs ( painted on the surface), and earth figures (formed on the ground). The oldest type of cave paintings was a mix of hand stencils and simple geometric shapes, which evolved with time and movement. 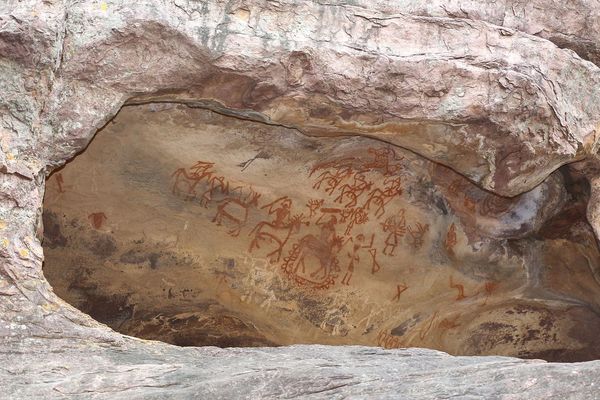 Rock art is found in many culturally diverse regions of the world. These are seen as the record of human history and the prevalent culture of the time. In India, the history of cave paintings can be traced back to the prehistoric era, beginning around 30,000 BCE in the caves of Central India. It extends to a period as late as the 8th to 10th century CE. Many cave paintings were either lost or yet to be discovered. The excavated cave paintings have survived the effects of time and erosion. 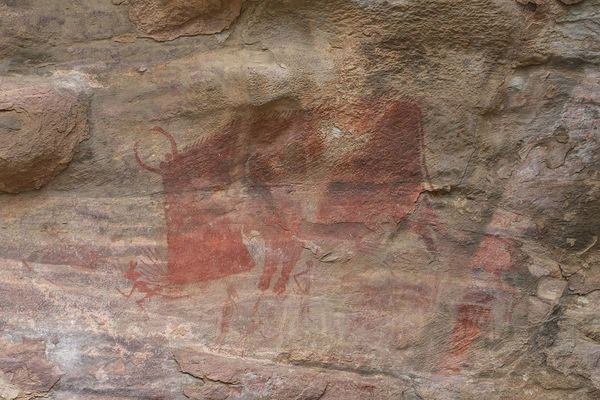 A man being hunted by a horned boar. Cave painting at Bhimbetka Image credit: Wikipedia.org

The cave paintings are a representation of the economic, social and cultural life of the people of the respective times. The commonly found themes are man, animal and geometric symbols. In early paintings man used stick figures to represent human beings. Long snouted animals, waves, lines, geometric designs and dots were prevalently found. Paintings of flora and fauna, hunting scenes, dancing, fighting and pantheism are some specific themes found largely. 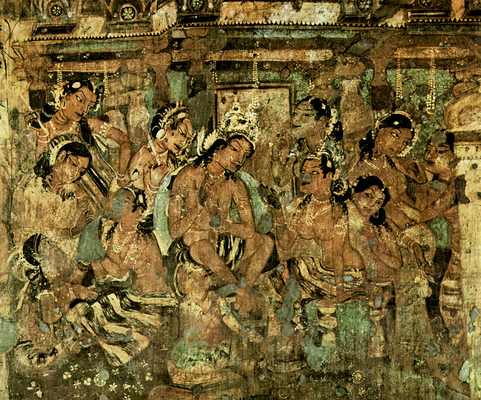 The extraction of colours and dyes seems to be an exciting factor. The paintings in the caves were done with dyes and colours derived by grinding various coloured rocks like haematite(red ochre), chalcedony(green) and limestone(white). Bhimbetka cave paintings, Madhya Pradesh, were the oldest form of human expression in India. Ajanta caves in Maharashtra displays the life of Buddha. These cave paintings are unique because of the protective layer of lime plaster over the paintings. the later cave paintings focused on religious figures. It depicted scenes from Buddism, Jainism and Hinduism. The Ellora and Elephanta caves found in the Chamedari hills (550-750 AD) displayed the life of Buddha. The brightly coloured walls and ceilings depicted the Jataka incarnation of Buddha.