Anirudh Kala’s collection of short stories ‘The Unsafe Asylum: Stories of Partition and Madness’ is a poignant and terrifying narrative of the far-reaching arms of impact and the lives it leaves behind. Edited excerpts from the story.

As a Sindhi, stories of Partition have always been close to my heart. Folded within the recorded facts of history are the real, lived experiences of my grandparents. Memories of childhood homes across the border, uncertain train journeys, periods of limbo in refugee shelters, and the blank canvas of their new lives in India – they remain lucid in their minds.

These imprints of the Partition on the minds and spirits of those who lived through it are at the core of Anirudh Kala’s collection of thirteen short stories, The Unsafe Asylum: Stories of Partition and Madness. The narrative has at its centre the exchange of patients between mental hospitals in Pakistan and India in the years following the Partition. The individual stories, softly brushing against each other, look not only at the ripples created by this exchange but also at the larger and more lasting incisions made by the Partition on the psyches of individuals. 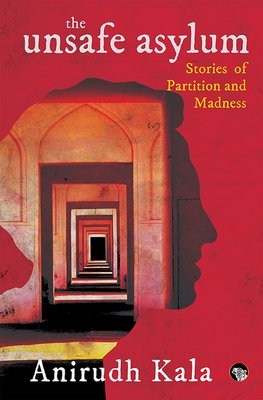 Drawing from archival research, visits to Lahore’s Mental Hospital and Fountain House rehabilitation centre, and Kala’s own experiences as a practicing psychiatrist, the worlds in The Unsafe Asylum are vivid and disturbing. ‘When I started my residency as a postgraduate psychiatry student in Chandigarh during the early 1970s, many of the patients who came to see me were still deeply affected by the Partition,’ shares Kala. ‘So I was sensitised to these stories early on.’ The book is Kala’s first published collection of short stories, a form he felt was the best means for the narratives to reach larger audiences. While some stories stand out as being more powerful and memorable than others, the form lends itself to the variety of the characters’ experiences and to Kala’s experiments with different formats of storytelling.

Kala tells me in particular about a mental health camp with psychiatrists from India and Pakistan, organised in the Dera Ghazi Khan District of Punjab, Pakistan in 2008. His interactions with patients here formed an important part of his observations. I ask, curiously, how one gauges the extent of truth in the narratives during such exchanges, to which Kala says, ‘The truth of the narrative is not the most important thing for a psychiatrist; it’s the perception that matters.’

The stories in the book also look at how the collective perceptions of society, no matter how warped, can become a larger force than individual realities. In ‘Sita’s Bus’ Harpreet Cheema is abandoned by her family during their flight from Sialkot. She later accepts Islam, remarries and rebuilds her life in Sialkot over several years, only to have it upturned once again by the laws of the land: an agreement between India and Pakistan attempts to restore women to their respective countries and as a consequence, her religious conversion and remarriage are simply ‘cancelled’. Harpreet is unaware that she is newly pregnant when she arrives near Jullunder on the other side. During the medical clearance procedures that follow, her child is aborted without her knowledge or consent. ‘Am I a possession which can be dragged anywhere and then cut up to throw away parts of me which they don’t like?’ she howls. ‘And isn’t abortion illegal, for God’s sake?’ To this comes the doctor’s disquieting reply, ‘When the state undertakes such missions, maybe it is not.’

It is in this way that The Unsafe Asylum consistently raises questions about the thin borders between sanity and insanity, reality and delusion, the permissible and the punishable. As a work of literature, the collection perhaps has its high and low points, with its language, characters and worlds sometimes engaging and at other times staid. But Kala succeeds in recording important stories, both historical and personal, with sensitivity and acute insight.

Poonam Ganglani is an independent writer based in Chennai.