John Norton and Mathew White’s Bordergame, an interactive digital theatre experience, invites theatregoers to assume the role of migrants, giving us a new language with which to understand the refugee crisis and this swiftly disappearing thing called identity. Edited excerpts from the story. 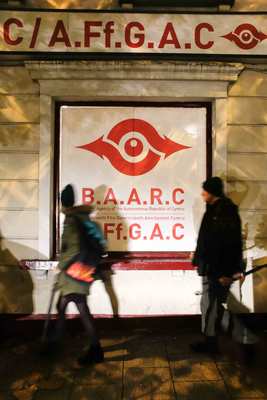 BAARC (The Border Agency of the Autonomous Republic Of Cymru)’s Detention Centre. All Images Courtesy of Farrows Creative/National Theatre Wales.
Last year, we saw a humanitarian crisis of colossal proportions, considered to be the worst since World War II. As the world witnessed a mass exodus of people fleeing war-torn countries like Syria, it dawned on us that the world was becoming alarmingly bleak, fragile and splintered. In countries scarred by war, where terror and uncertainty loomed, people left homes in hurried, stressful and unprepared circumstances. It was like being ripped out of a womb. In response to the refugee crisis, artists and performers engineered stirring, dramatic works which would not entertain alone, but prod people to engage, think and have dialogues about the disintegrating world.
In mainstream conversations sculpted by the media, while many have conversed about the refugee crisis, the plight of the refugee is seldom spoken about – what it feels like to be displaced. What does it mean to be uprooted from a land you’ve called home and planted into one that is alien and doesn’t want you?
Those discomfiting feelings are explored through Bordergame – an interactive, immersive experience developed by John Norton and Mathew White, who belong to a tribe of theatre artists using the platform as the means to hold a mirror before society. Produced by National Theatre Wales, it invites theatregoers to assume the role of migrants. It places the participants in the nerve-wrecking situation of what it may feel like while trying to illegally negotiate across the border into another country. Through Bordergame, Norton and White try to replicate that crippling sense of fear – that uneasy sense of the unknown. 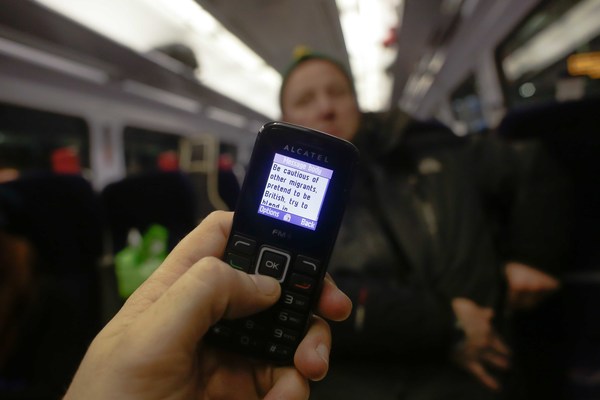 An audience member receives a text message as they cross the border. All Images Courtesy of Farrows Creative/National Theatre Wales.
Norton, who founded Give it a Name, a Cardiff-based theatre company in 2007, has constantly tried to reinvent and remould theatrical frames. This interest has pushed him towards creating immersive worlds – theatrical pieces set in nightclubs, on trains, back alleys, on headphones and even across borders.
The fictitious world of Bordergame features Wales as the Autonomous Republic of Cymru – a refuge for those trying to escape NewK’s (i.e. the United Kingdom’s) tyrannical regime. The participants who become asylum-seekers cover the short distance between Bristol and Newport. So, in the dead of the night, squeezed in a transit van, they are approached by an intimidating and angry man who haphazardly demands from them payment with a heightened sense of urgency. That in itself is an unhinging experience. Precariously holding onto fake documents and a new false identity card, the participants are shoved out of the van and are given low-cost mobile phones, which would instruct them via text about how to proceed, including how to cross the border. At one point, they are even dictated to hop on to a local train and travel with real, unsuspecting commuters. 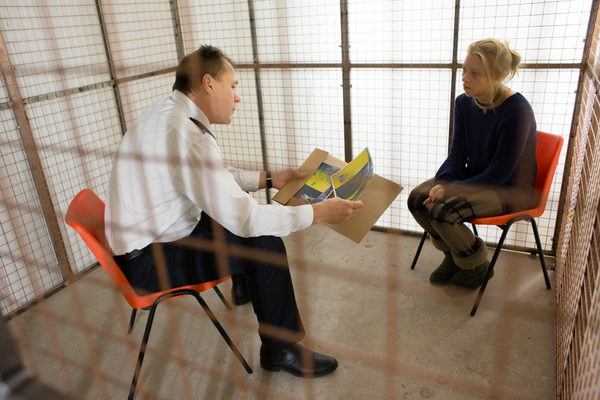 An audience member being interrogated at the BAARC Detention Centre. All Images Courtesy of Farrows Creative/National Theatre Wales.
Radhika Iyengar is a Delhibased reporter who has written across a spectrum of genres including film, literature, theatre, music and design.
To read more, click here.

At Home In The Universe