Every artwork has a story to tell; similarly, every city has its own unique story for its sojourners, a blend of these two is artistically captured in the series of artworks on Banaras (Varanasi) by different artists. Banaras is a city which enthralls everyone with its captivating milieu and vibrant culture. The syncretism of the city induces sensuous and transcendental imagery in the hearts of the traveller. 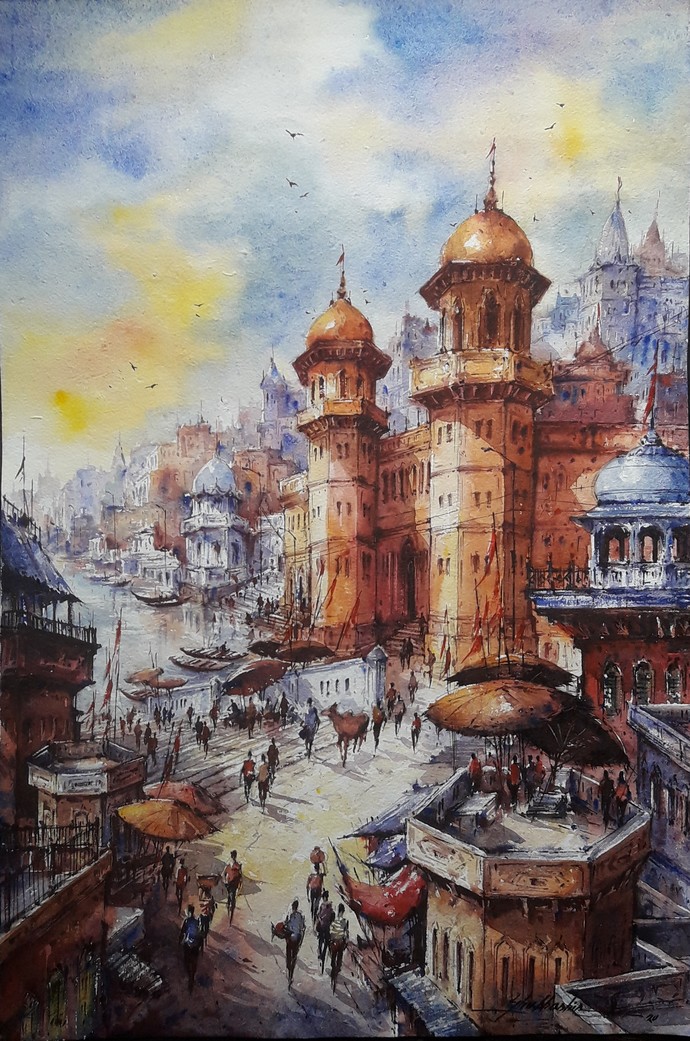 The Beauty Of Benaras 1 By Shubhashis Mandal 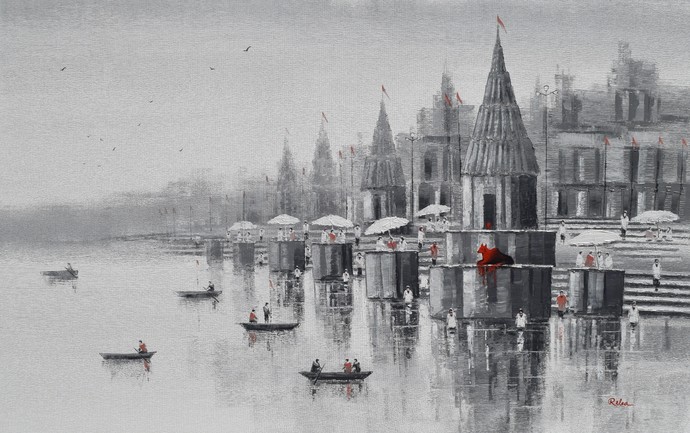 The achromatic artwork with a speck of red reminds us of neutrality, balance and chaos. Its serenity and tranquility is well absorbed by the beholder. It soaks the soul with the harmony of the city. 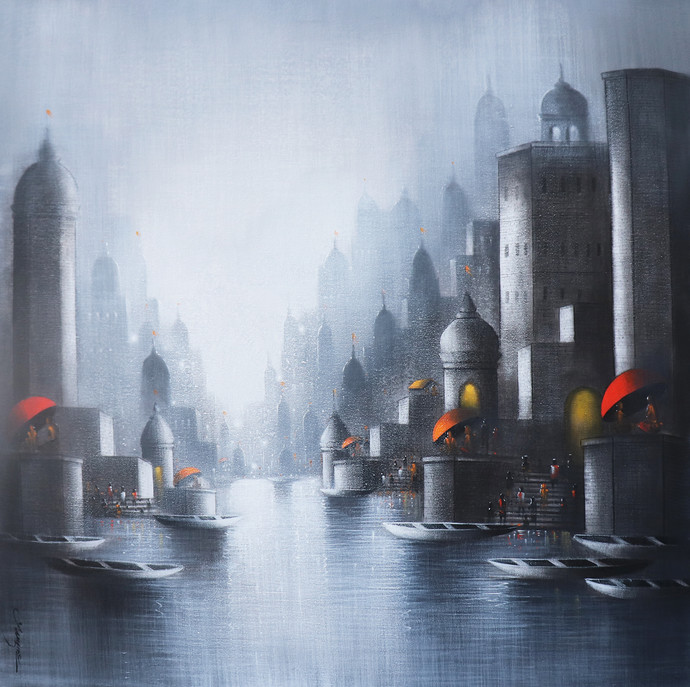 The Holy Banaras series takes us on an enigmatic voyage of peacefulness. The atmospheric aura is picturesque and soothing. Anecdotes pour out from every stroke of the artwork. The penumbral effect of the painting is relaxing and therapeutic. It transports one from this chaotic and tumultuous reality to a meditative microcosm. 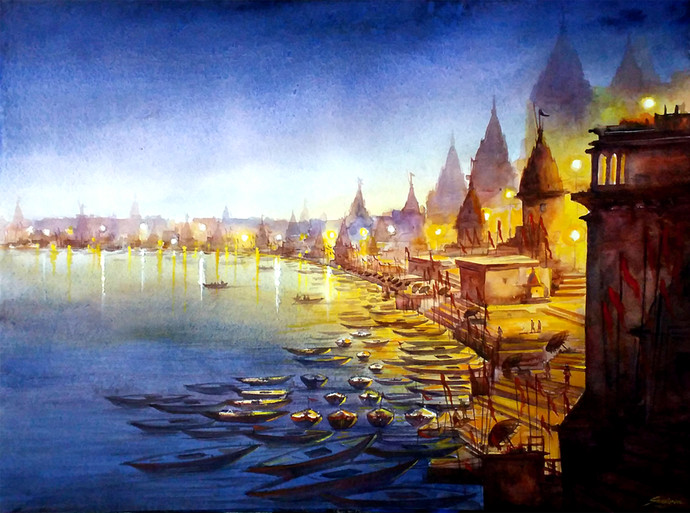 Encounter the luminous haze of the city in Varanasi at Night series. Listen to the music of the night through the vibrant yellows and get lost in the scenic beauty of Ganga in shades of blue. 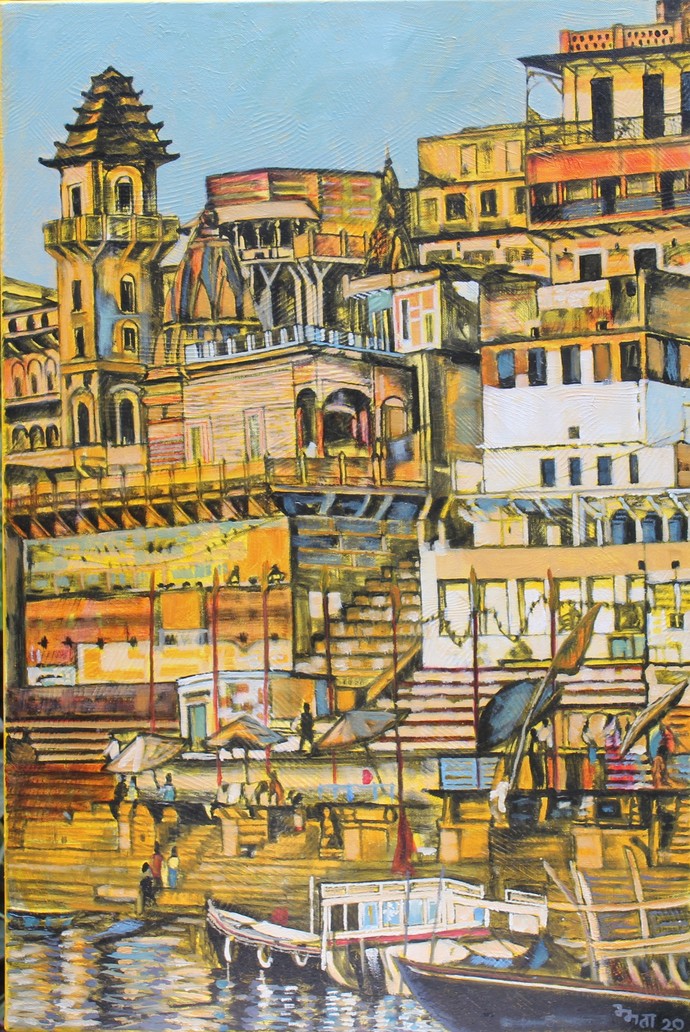 The profusely detailed artwork titled “DharbangaGhat” gives us an insightful experience of the city and its structure. The flamboyant colours take us across time and space to experience the magnificent city.

Click here to get spell bound with more of Banaras tales.