In a darkened dormitory at the old Goa Institute of Management we lie on mattresses on the floor inside an art installation, as 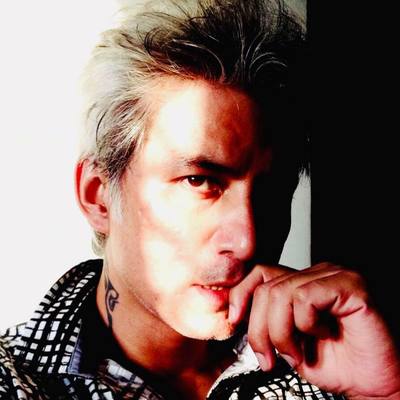 we listen to a mix of recorded sounds. It’s actually more like noise, that we black out inside our heads to listen to stuff that’s more important; like a conversation or a favourite song or the notifications from our mobile phones. So much of what we hear is a response from our instinct to survive that sometimes we forget the nature and purpose of sound itself. The dormitory in Goa was Sneha Khanwalkar’s “sleep concert room” that she set up for the Serendipity Arts Festival. She called it ‘Nindra’ meaning sleep but it was much more than that. Khanwalkar is a brave new species of artists who are happiest swimming in deep, untested waters, preferably with shark fins sticking out. In her day job she is a Bollywood music director who has given music to some of Mumbai’s most edgy films. Like ‘Love, Sex Aur Dhoka (LSD)’, the two-part ‘Gangs of Wasseypur’ and most recently ‘Manto’. She also created ‘Sound Trippin’ a TV series equivalent of several anthropological dissertations. In the series she travelled to places most people only read in books about recording completely unheard songs and voices. In that sense Khanwalkar is like a Beat Poet who loves the thwack of raw, lived-in and borderline dangerous experience. It is the underground that interests her most, not the manufactured underground of the cities but the real underground sound of mofussil India. She’s single-handedly been responsible for mainstreaming little-known singers from Bihar, Punjab and Uttara Kannada. 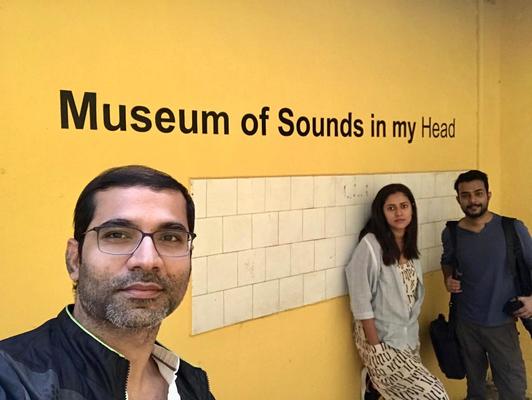 Sneha Khalwalkar at her ‘Museum of Sounds In My Head’ at Serendipity Arts Festival in Goa
It truly must’ve been an inspired moment when the organisers of Serendipity thought of bringing Khanwalkar to the arts festival. To give her space and resources to try her hand at a different kind of creativity. An art show is not a Bollywood movie. But there’s immense potential in trying to reimagine one as the other. “I’ve also learnt to talk intellectually while curating the show,” she says in her trademark self-mocking humour when we met in Goa at her ‘Museum Of Sounds In My Head’. The show was not a tall order considering she’s already a veteran of sorts in Bollywood.  All she had to do was to trust her “sonic curiosity” and her Sherlock Holmes-like ability to get the whole picture in one clue, one word. Like her breakthrough ‘Womaniya’ song or even the ‘Tung Tung’ song. In one of her interviews she’s blamed her idiosyncratic music on the two sides of her family: Gwalior gharana gayaki from her mother’s side and her father’s spring washer factory on the other.
Sneha’s exhibition is also a way of understanding sound as abstract art, not just as a system of formal music but as a Mark Rothko painting where large swathes of colour themselves form the artwork. “I can lie in a room with extreme distortion for a long time,” she says gushingly, “I love it. I can see through it, I can see layers in it.” 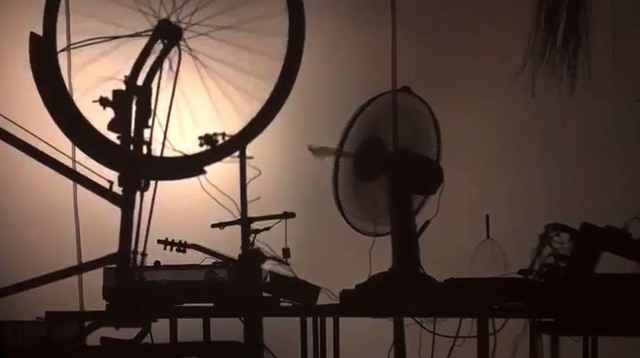 One of the works at Sneha Khanwalkar’s debut art show
Film songs can get viral but an art show is a different cup of tea. “I’ve seen people coming out of ‘Nindra’ with mixed feelings,” says she, “but the key is that people spend time at each installation to get what the artist is trying to say. I think sound artists are trying to simplify things, they aren’t trying to be technical or scientific.”
Others in her show included Varun Desai, a sound artist from Kolkata who uses electromagnetic microphones to record frequencies below human perception which he then amplifies and uses in his work. For example he can make you aware of the silent hum of your MacBook Pro. Or the not-so-silent whir of your table-fan or microwave. It’s a way of making the impersonal sound familiar. Swiss artist Kaspar Koenig took his curiosity up in the clouds in an installation with kites where if you pulled the string you’d observe a bend in the ambient sound. Venkatesh Iyer’s work on the hand created music from inside your head, quite literally, as you sat wearing electrodes plugged into a Brain Computer Interface. 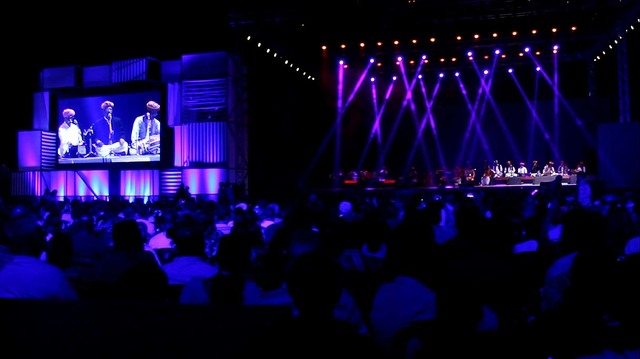 Manganiars performing at Aneesh Pradhan’s ‘Songs of Nature’
Where Sneha’s debut show shoehorned cinematic sound into the proverbial white cube, the habitually kosher Hindustani classical music too found a way to get filmi in the able hands of tabla maestro Aneesh Pradhan, the other music curator at Serendipity. His ‘Bandish Antakshari’ created an ingenious embrace of the popular as vocalists matched their compositions in khayal, thumri and dadra in order to spar with each other, in the style of the antakshari. Aneesh also brought together Bauls, Manganiars and Qawwals—three distinct folk styles from West Bengal, Rajasthan and Uttar Pradesh in a medley of seasons called ‘Songs of Nature’. As I sat listening to the concert the layers (to use Sneha’s description) of style, language and technique first appeared then disappeared into thin air. What remained was the delightful experience of mixing up things, to make them clearer.

Dhiraj Singh is a well-known journalist, writer, TV personality and artist who has shown his abstract paintings and X-Ray works in India and abroad.
More by the author