Blurb: Like Getafix the druid, we take the five vowels and put five artists and five words into a cauldron to make a magic potion for invincible strength to the imagination and to the power of images it creates. Excerpt from the article 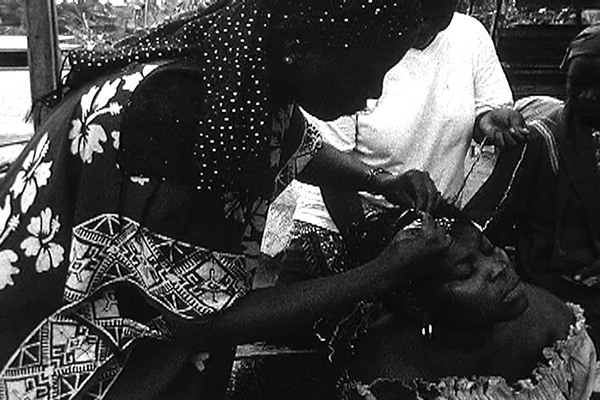 Akosua Adoma Owusu, Still from the film Me Broni Ba / My White Baby (2009). Image Courtesy of the artist and Obibini Pictures LLC.

All together, A for Activism

‘First we need to calm down, breathe, and get over ourselves.’ Chimamanda Ngogi Adichi

Anansi, half-man, half-spider, the carrier of stories and wisdom, walked into a story about himself. This one didn’t seem like the others, comforting and familiar, with words and silences known – this one seemed rife with questions, sometimes like a relentlessly thundering waterfall and sometimes like a quiet brook. His walk, through this minefield of identity, was anything but old and distant. It was old and pulsating with life. The Kwaku Ananse here seemed to be living in a different kind of forest, where consciousness doubled with every step.

He continued, further and deeper into this realm, and found a girl braiding the hair of a white doll. It arrested him, this seemingly innocuous activity. The doll was naked with the body of a woman in the prime of her life, with one leg missing. The girl seemed oblivious to the doll’s condition as the doll’s blonde hair fell into a neat plait, invoking with it the understated but always present debris of colonialism and the legacy it leaves behind, and Anansi found the debilitating expanse of ‘triple consciousness’.

He saw a cottage in the distance and moved towards it. Just outside, on the grass, sat a queer young man, writing a letter, his face lost in the light of the sun streaming through the trees, as his mind struggled to find the words to express the internal conflict of his being. He didn’t even notice Anansi, submerged as it were in the telling and retelling of his own stories, however reluctantly. Anansi walked quietly by and stood outside the house. He would rest awhile here. Before knocking on the door, he stopped to read the name on the door.

Akosua Adoma Owusu is an award-winning Ghanian-American filmmaker, producer and cinematographer actively working with the politics of identity, feminism and gender. 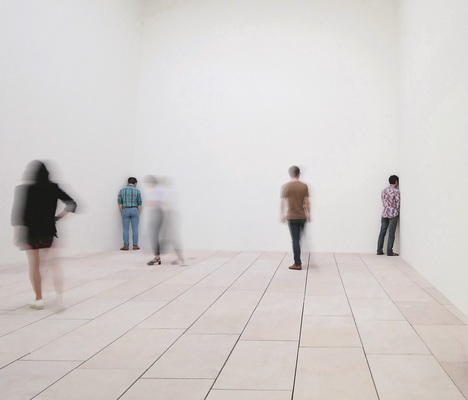 Over to O for Onomatopoeia

Old and new coming together

You remember the song

Of music once inherited

The voice is now material

The age that is becoming

A reflection of dissonance shifting

If silence is golden

Then in this invisible sound

Oliver Beer is a British artist primarily working with architecture, sound and image and exploring the many nuances within that dynamic combination.

Praveena Shivram is the editor of Arts Illustrated.