This festive season Vernssage and Mojarto bring to you an opportunity to know more about one of the largest ancient epics in the world’s history the Ramayana through Madhubani art in the exhibition ‘An Epic of Thousand Lines: Madhubani’s Ramayana’
40 artists from the family of Sujeet Karn from Mithila region, Bihar have depicted episodes from the Ramayana in 50 paintings which are showcased in the exhibition. 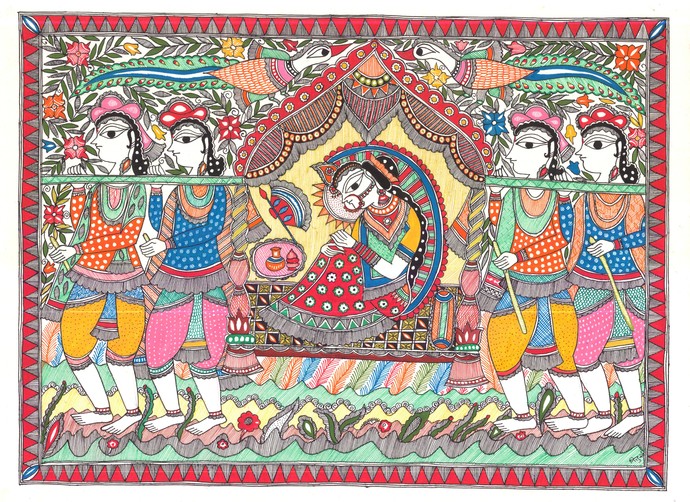 The works depict the glorious Ramayana right from the beginning when Lord Ram & Ma Sita were born, their marriage, Lord Rama rescuing his wife Sita from the Demon King, Ravana till the end where Lord Ram returns to Vishnu Lok.

Also known as wall painting or “Bhitti Chitra”, mythologists suggest that Madhubani was born in Mithila (State of Bihar) when King Janaka asked the people in his kingdom to decorate the whole place for the wedding ceremony of his daughter Sita to Ayodhya’s Prince Ram. This also became the pictorial representation of the wedding and was captured on the walls of the palace.

Madhubani paintings never fail to impress with its simple portrayal of our rich culture and heritage. With vibrant colours, beautiful motifs, geometrical patterns and a thousand lines this art come to life and moves you in unimaginable ways. 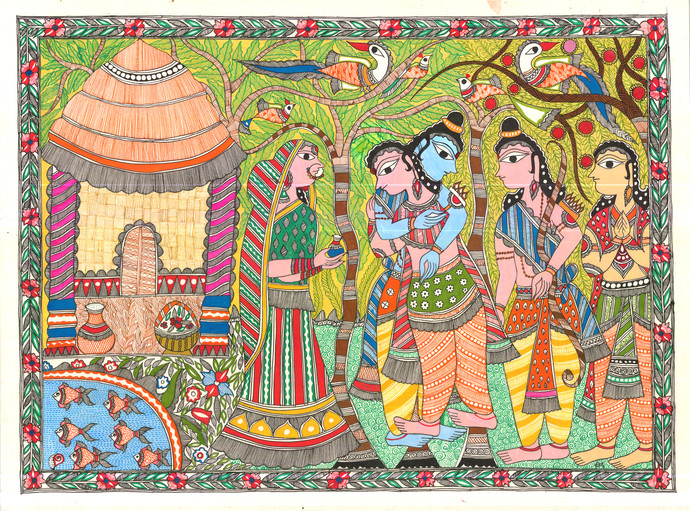 An Epic Of Thousand Lines... Madhubani's Ramayana : Ram meeting Bharat in the forest

In earlier times Madhubani was just confined to the walls and village interiors but now it has travelled around the globe on canvasses, wood, and earthen pots. Its popularity can be very well seen today in home-decors and fashion world.  Traditionally, these paintings were done using bamboo sticks, using fingers or twigs and used colours which were extracted from vegetables and flowers, or made from lampblack or powdered rice but since the colours extracted from flowers were much dependent on seasonal variations the commercial colours paved their way soon. Even the bamboo sticks have been replaced by the artistic brushes now.

People living in Mithila region and certain regions of Nepal still practice this art form in its traditional nature and are earning a living for them. 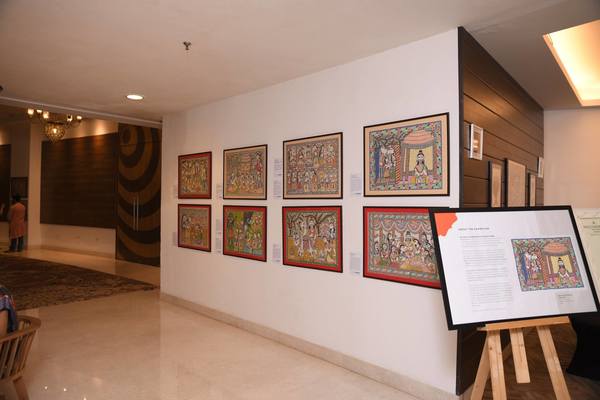 Artworks on Display at Vernssage

The exhibition is on from 10th October till 15th November 2018 from 11 am onwards at Vernssage Art Gallery, ITC Welcome Hotel, Dwarka.