Theatre artist and social activist Maya Krishna Rao’s ‘Loose Woman’ moves in and out of the past and the present, the traditional and the contemporary, the silences and the debates, making it a physical experience by using her body to engage with it. Edited excerpts from the story.

It is impossible to watch Maya Krishna Rao move and not feel it in your bones. Her theatre has been qualified as a form of protest to social commentary and many things in between, but the remarkable constants are the visceral nature and physicality of her creations. The title – ‘Loose Woman’ – might seem controversial but the ‘Loose’ stands for, or rather moves for, fluidity, being untethered or free; it has little to do with morality as the narrative itself flows freely from one woman to another across several ‘chapters’. This freedom of movement is also aesthetically reflected in the actor’s unconstricting costume, a pair of black shorts, an embellished sleeveless top and an unstitched porous cloth like a dupatta wrapped in between the legs, around the hips and over the shoulders and chest. 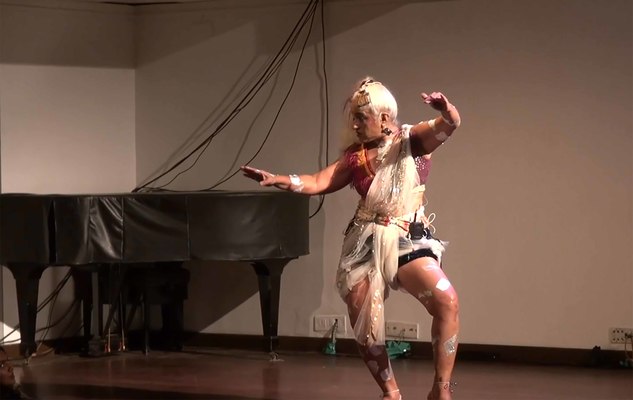 When we encounter the ‘Loose’ woman as she wakes up – bathes, grooms herself, cooks, packs her lunch and sets off to work, accompanied by a slow-paced, rhythmic music – it is acquainting ourselves with the most intimate part of her – or us. Two characters, the lover and the dancer, whom we meet successively, seem to be placed in opposition and they form a dance within a dance – the lover goes in circles trying to placate her loved one with promises and sweet nothings. Then, the dancer who is exasperated that she must ‘dance the dance of life’, seems to progress linearly even if she does like to ‘side step’ rather than walk in a straight line like her mother wants her to. Very simply, this looked like the push and pull between the domestic and professional lives of women built inside a larger design of juxtapositions with big fluid movements versus controlled precise steps, the simple text versus the intense music, and the recurrence of linear (control) versus circular (freedom) movements. 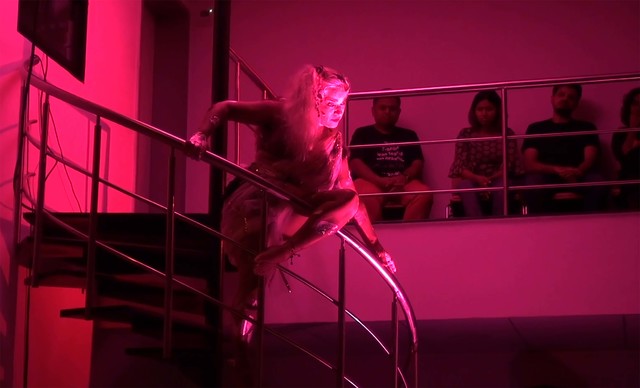 ‘Once you start, there is no stopping,’ she says, when a video of the dancer’s feet running is projected on a small makeshift screen even as we see the artists’ feet just below the screen in synchronised motion. It was a telling metaphor of how a woman should be aware of her every move because each step she takes is scrutinised, filmed and projected. It is a giddy time loop between the past and the future bypassing the present as the artist’s 92-year-old mother makes an appearance, taking us through her day, talking to her plants and just being formidable before we circled back to the office-going woman who retraces her routine dance asking, ‘Why should I do this?’. The actor’s deep voice and the nimble text make the rhetorical questions sound like personalised oracles talking directly to our subconscious.

Seema Massot has been navigating the waters of cultural management between France and India since 2009 and is now writing about experiencing art.