After successfully exhibiting at the Museum of Geometric & MADI Art, Texas, at his first major international show, S K Sahni’s works depart from the past and embrace new territories.

‘In a career span of four decades, S K Sahni has worked with lines as an expression of art which satisfied his hunger to break from the finite human domain and connect with the infinite. This helped him to move from an expression of art reflecting emotions through figures and colours to plain simple lines.’ Simply put, but brilliantly executed, Sahni’s solo show does more than reflect the travels of an artist. 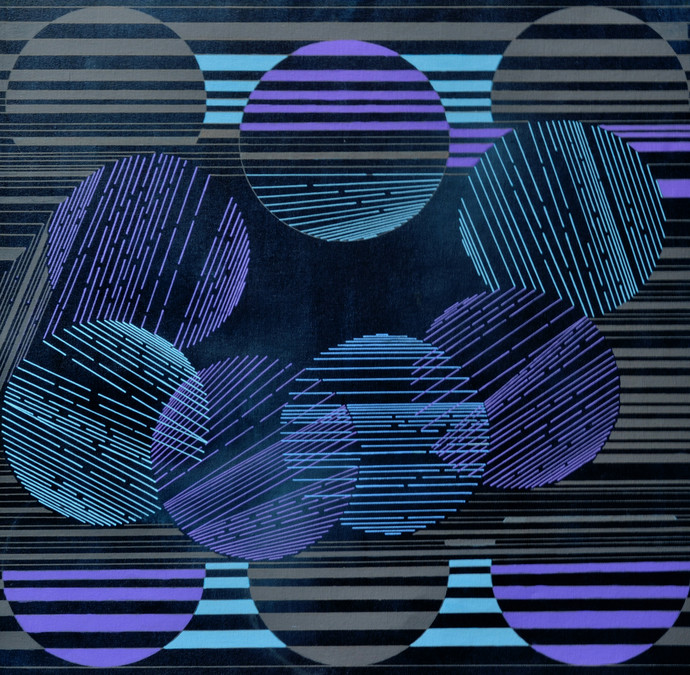 The transitions between perspective and solidity are effortless and create a new space for interpretation and play, while the images push our imaginations from one plane to another. The graceful curves and sharp linear planes intersect to create magic, while remaining subtle. The bars and levels almost remind one of the visualisation of music, the beats moving across the lines and the colours, forms pulsing to the rhythms. 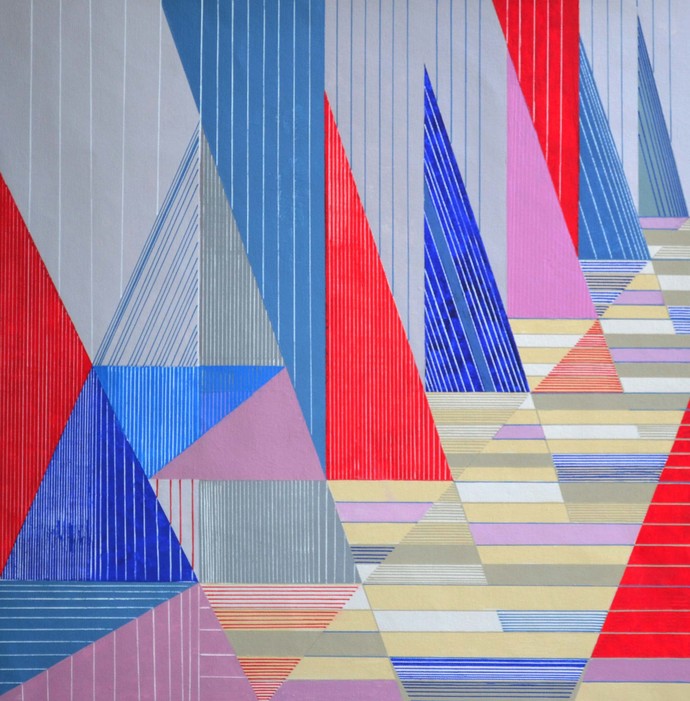 The best part is that the works are not repetitive and create a new rhythm each time, letting the viewer traverse the depth of the artist’s experimentation. Utilising both the bold and the neutral in new ways, the work opens up to the viewer and yet remains enigmatic in its approach. We conceive the waves and patterns, but are drawn to following various rhythms within the same work. Affordable, experimental and intriguing; the works are an easy transition into the contemporary space and are a wonderful display of geometric mastery. 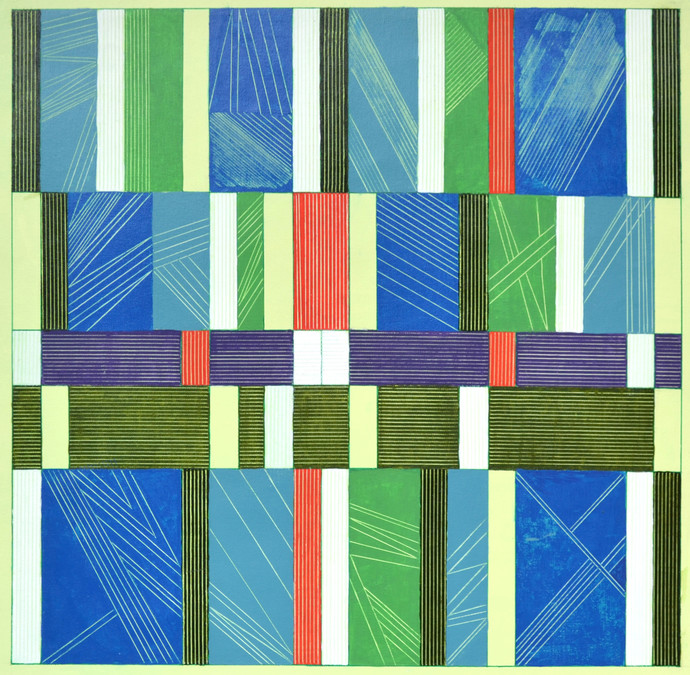 View the online show: My Space by S K Sahni