Curated by VR Mall and conducted by well-known historian V. Sriram, the walks at the mall are an initiative by Virtuous Retail to celebrate the rich and varied cultural heritage of South India 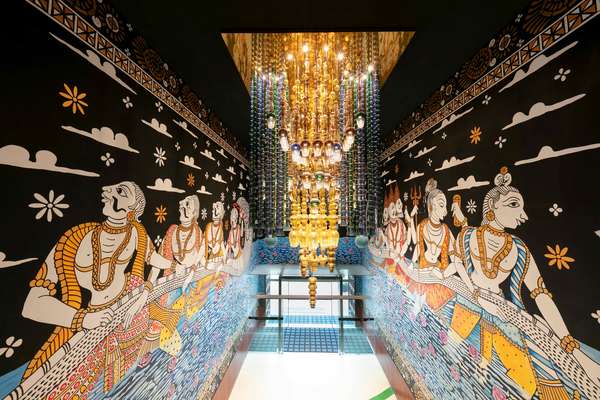 Launched on May 5 this year, the Kathai (story), Kalai (art) and Parampariyam (tradition) walks are aimed at showing consumers the various cultural elements skillfully embedded within every facet of the mall. All made by local artisans and groups such as artists from the Cholamandal Artists’ Village, the curated walks bring the stories behind each element alive by historian V Sriram, whose storytelling flair and wit keeps one engrossed over the din of the crowd at the mall. 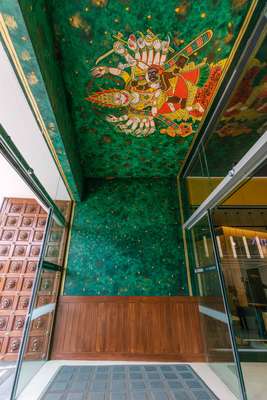 Starting from the east facade or the main entry, one can see the inscriptions on the wall depicting all the major kingdoms that have ruled over Chennai. Sriram also points out that the facade is designed to resemble a temple tower or gopuram, which has been consistently utilised in the designing of all entrances. After a brief and quite interesting monologue about the history of temple gopurams, he also brings our attention to the rather elongated, multi-coloured object above the entrance that bears an uncanny resemblance to a Rubik’s cube. It was designed as a tribute to the fabric made in and around Chennai, which first attracted traders to Southern India. The fame of this fabric is said to be so widespread that similar checked patterns are still called Madras checks in multiple regions around the world. 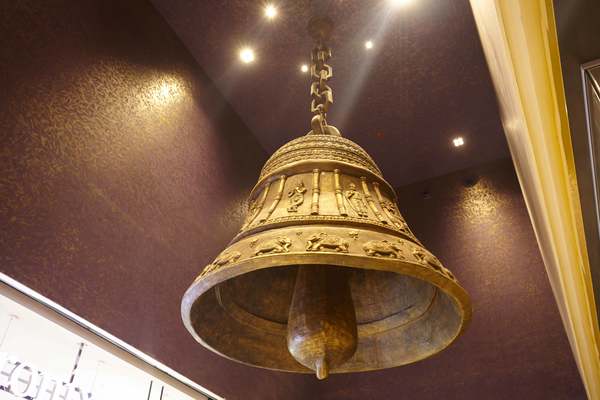 As Sriram guides the crowd on a meandering path around the premises of the mall, one cannot help but marvel at the level of planning and attention to detail that has gone into the design and construction of the mall – each entrance resembles the different kinds of gopurams that temples around South India have; the ten avatars of Vishnu are incorporated into various elements in and around the mall; carvings of ancient Tamil writings; a row of bamboo shoots at the entrance which has earthen pots overhead as a tribute to the story of Nilakanta; and a mural on one of the outer walls featuring visual representations of places and things in Chennai which are of great historical importance, like the Chennai Corporation, St. Thomas Mount, the Armenian Church and its bell (made by the same foundry that made the Liberty Bell and the bells in Westminster Abbey), and so on.

A few minutes before the walk ends on the second floor with an abstract neon installation of Kalki, the last avatar of Vishnu, Sriram playfully quizzes the crowd on some of the many facts and stories that they heard from him as part of the walk. And it is this – Sriram’s skill of interspersing a fact-heavy, historic walk with funny anecdotes and entertaining trivia that makes this curated walk at VR Mall stimulating and enriching.