A Treasury Of Tradition

As we close the Collective Commons series this issue, we chose a collection with a difference – one that has been inherited in its entirety and yet has a significance of being a National Treasure. Housed in the most magnificent and privately held 130-year-old Lukshmi Villas Palace, Maharani Radhikaraje Gaewad of Baroda is very aware of and sensitive to the importance of the art in the palace. ‘We have the largest in numbers and scale, and the most significant works of Raja Ravi Verma. It is my primary concern to document and conserve these and the other art we have,’ she says. We visit the palace to talk to her about the royal heritage and her personal ambitions. 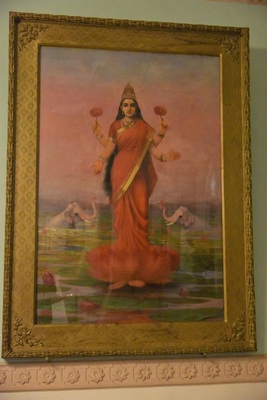 Respect for aesthetics was a way of life in my childhood I was born in the royal family of Wankaner. I distinctly remember how my grandmother would focus on decorations in the palace temple. Religious art from the Kishangarh School and miniatures of Mughal traditions were in abundance at our home. Objects of everyday use like textiles and furniture were all made with tremendous attention to detail. Architecture and building facades employed intricate stone carvings. Beauty was a way of life. Art, therefore, was not separate from the usual. 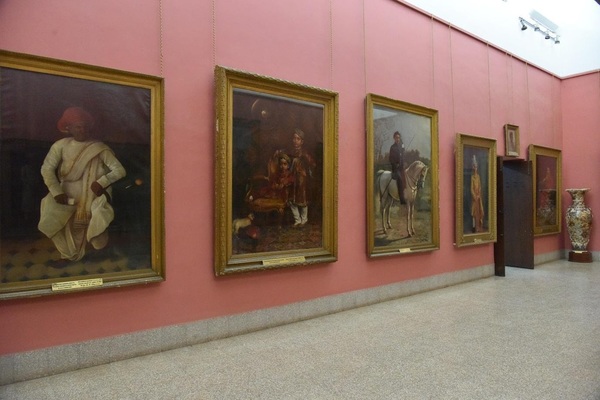 Growing up in Delhi gave me access to museums and art galleries I studied history from Delhi University. Owing to my natural interest in art and culture, I would often visit museums and art exhibits in the city. The focus was always more on heritage rather than contemporary art movements. Precious objects, textile weaving and embroidery that have been passed on over generations and traditional crafts attracted me.nThere was an inherent understanding, so much so that I could tell a fake from an original. And all this knowledge was based on what I became sensitive to with the environment I grew up in, not based on any formal education on the subject. 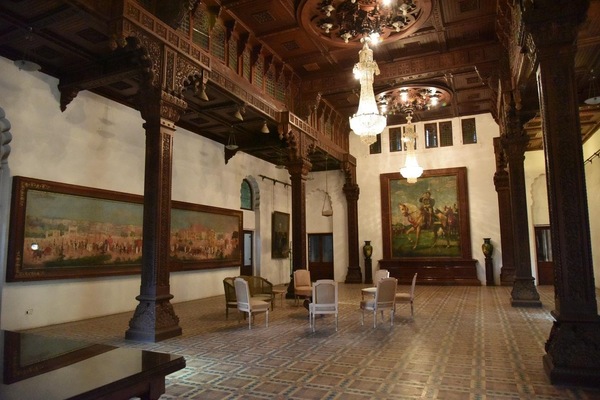 A short stint in journalism fuelled my appetite for art I completed my Masters in Journalism and worked as a feature’s writer with a leading
national daily. I often wrote about events in the culture space. This experience furthered my interest to view and experience different art forms. My core interest remained the traditional forms of art, probably owing to my study of history.

A lot changed when I got married into the royal family of Baroda I left my writing job in Delhi and moved to Baroda in 2002 after getting married to Samarjitsinh Gaekwad. Lukshmi Villas Palace was an iconic building that I knew of as a child. And now suddenly it was my home. The palace was filled with most exquisitecollectibles, but most significant of them are the collection of forty-five large scale works of the legend Raja Ravi Verma. Originals of some of the most popular works that were recognisable through the oleographs, practically present in home-temples across the country, like the images of goddesses Lakshmi and Saraswati, were adorning the walls of the palace. It was a mixed bag of emotions for me then. There was joy and amazement, but also a feeling of responsibility. These were treasures of national importance and I was very conscious of
this fact.