Sudhir Pillai’s work does not look for grandiose subjects but revels in the beauty of the everyday. He likes to present the commonplace as it is without drawing in external structures or imposing anything alien. Refreshingly simple and breezy, his art is the feel-good type, one that draws you into a happy place. A much-needed recourse as we battle the virus!

He was born in Coorg, Karnataka, in 1953. Most of his childhood was spent in Orissa, often in small idyllic towns. He never went to school and studied from home. He was quite a prolific reader and spent many days outdoors, observing and interacting with many common people in life.

He began his career as a print journalist and worked for various Delhi-based magazines. Later, he switched tracks to graphic design and started his own graphic design studio. In 2005, he became a full-time artist. His work tends to be photo realistic as he has mastered the technique of taking photographs and then working from there.
Here are some paintings selected from his collection inspired by the tourists at Paharganj. 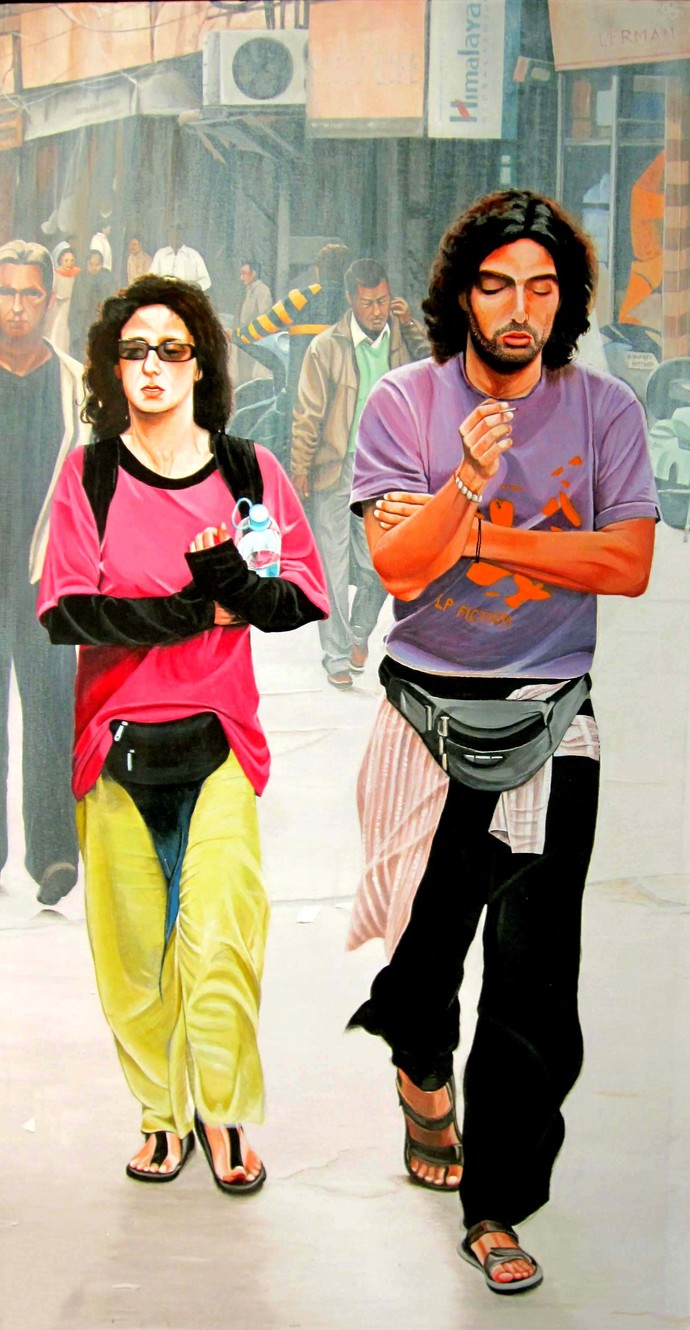 Couple By Sudhir Pillai
A tourist couple walking the crowded streets of Paharganj, New Delhi, turned into an engrossing subject for Sudhir Pillai. He has captured their carefree spirit as they walk through the streets taking in the sights. They are placed sharply in focus and it’s the little details, such the sign board of a Himalayan druggist or the air-conditioner’s vent peeping out, which make it so realistic. 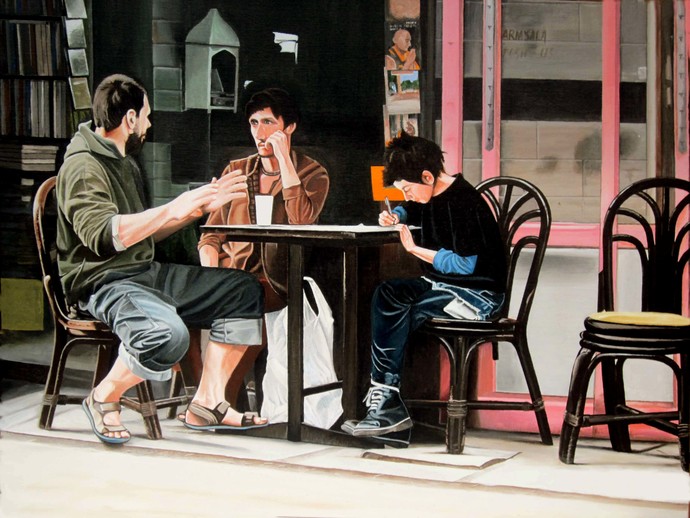 Cafe 2 By Sudhir Pillai
Dining together is not just about eating; it’s about communing with fellow beings. Sudhir Pillai’s depiction of a Japanese tourist with her two young children catching up over an Indian meal with two friends at a roadside cafe in Paharganj is quite endearing. The poster with jagged edges stuck on the shutter of a closed shop and the red sacred thread on the wrist of one of the men, are some of the details that make his works so relatable.

The lady with the scarf 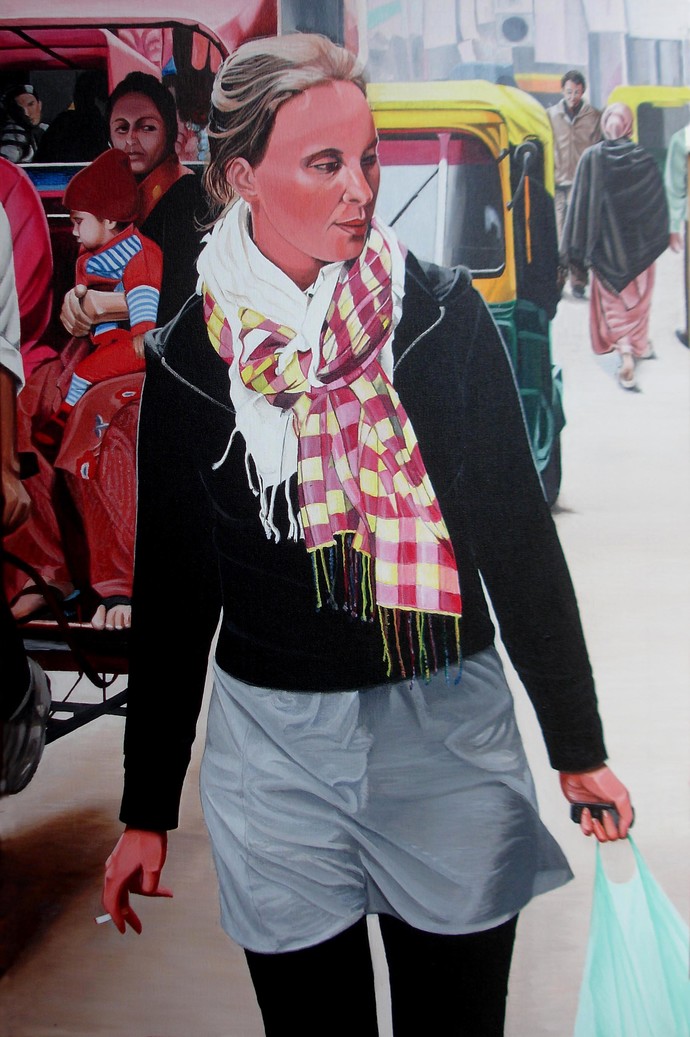 Girl With Scarf By Sudhir Pillai
The quintessential Western tourist wanders nonchalantly on a Delhi street; a cigarette and plastic bag in hand and skin burnt pink in the Indian sun. From behind, a mother with a baby travelling in a rickshaw peer at her with that inquisitive look that the average Indian reserves for foreigners. Art that reflects the Indian milieu in truth.